Panaji city, capital of the state of Goa. It was 6 pm.

Satya Prakash stood, picked his helmet and hurriedly walked away from his desk. He worked for a well-known travel and tourism firm. The dark clouds greeted him as he stepped out. Being childless in his three years of marriage, he lived with longing to reach home early after office hours. He missed his wife and could not wait to get home. Gusty winds showed signs of rain and thunderstorm. Drizzle trickled as he reached his motorcycle.

He pulled a cloth to wipe the seat. After inserting it back in the seat pocket, he wore his helmet. By then, drizzle began drifting down. Thicker clouds had spread across. The winds blew, followed by heavy shower. Satya Prakash left his motorcycle and ran for cover. A coffee shop was located beside his office. He removed his helmet and ordered a cup of hot coffee.

Satya Prakash thought of informing his wife that he could be late. He was about to call. By then his cell phone started ringing. An unknown number.

"Hello." He held the phone close to his ears.

Person from the other end did not respond. Satya Prakash was annoyed and intimidated. The breathing noise in deafening silence was extremely irritating. The unknown caller had called from the same number four times since yesterday.

"Who are you? What do you want?" Satya Prakash frustratingly asked.

The caller remained silent. The call was disconnected after some teasing moments. Was it intended or unintended? Who could be the culprit? Was he someone known or unknown? His social circle in Goa was very small, not more than four or five families. He was born and raised in Ghaziabad, a city in Uttar Pradesh. Did someone from Ghaziabad track him down?

A chill ran down his spine as his heart skipped a beat.

Thunderstorm roared with flashes of lightening and heavy rain. Satya Prakash gazed at the rain and took a sip of hot coffee. It made him a bit warmer. Though he had disconnected ties from his past, he was still in touch with one person he respected the most.

Anand Sharma was aware of the risk in disclosing Satya Prakash’s cell phone number. Satya Prakash trusted Anand Sharma. As his mind shifted to retrospective mode, his thoughts reflected his dark past. Memories ran through like flowing water in a stream. He had been living a respectable life in Goa for the past three years. However, before his relocation his lifestyle in Ghaziabad was precariously edgy.

Satya Prakash was simple and committed like any other regular student until he graduated in commerce. During his college days, Satya Prakash was Principal Anand Sharma's pet. He stayed average in curriculum, nevertheless excelled in extracurricular activities. While representing in intercollegiate competitions he had won prizes in galore be it essay, elocution, singing or theatre. He had performed reasonably well in University’s football team. Unfortunately, his life was touched by hardships and tragedy in his first year of post-graduation. His father, a police officer was killed in a shootout with criminals. In less than three months of his father’s death, his mother breathed her last in a cardiac arrest caused by severe wheezing. 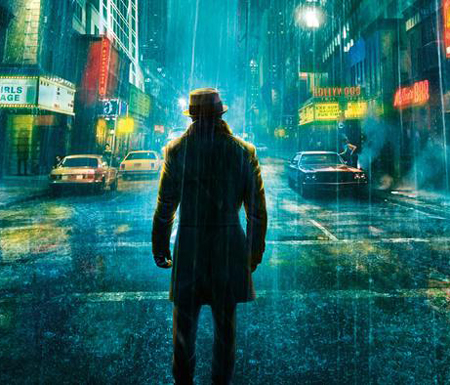 Their only child Satya Prakash’s life was torn apart. He struggled to come to terms with the loss. The depression invaded, leaving him sad, low, anxious and empty. Unable to cope up with unpleasant realities, he turned to escapism. At this difficult hour of life, he met Ritik Tripathy, a rusticated student. His behavioral pattern had anti-social elements. He was commonly known for fights in campus groups. Weaker factions avoided him. They found him insanely dangerous.

They were introduced in a nightclub and thereafter got along quite well. Evening sessions with Ritik Tripathy became a ritual. Together they chilled out with drinking and smoking. That changed his life. Gradually he lost interest in studies. He had found his role model in Ritik Tripathy. Lack of financial resources turned out be a barrier for Satya Prakash. Ritik Tripathy came to his rescue. Financial problem was solved. Ritik Tripathy was already making merry as drug peddler in the college campus. Satya Prakash became his agent. At times, he consumed drugs as well. Ethical values were tossed out after the tragic death of his parents.

In this scheme of things, an incident happened. Ritik Tripathy developed obsessive attraction towards Rupali. She was Satya Prakash’s classmate and neighbour. The power of love can make any strong man weak. Ritik Tripathy feared rejection. He appointed Satya Prakash to convey his message of love. Satya Prakash knew Rupali from school days. They were family friends until he lost his parents. Satya Prakash showed no hesitation in helping out his friend.

"I don’t like him." Rupali made it very clear. "Do you think I will marry an animal and ruin my life? He is disgusting."

Satya Prakash was worried that Ritik Tripathi’s emotions would explode. He feared Ritik’s rage. Rupali’s response was conveyed back in a delicate and discreet manner.

"She isn’t ready for any affair at the moment." Satya Prakash cautiously explained. "Rupali is focused on her post-graduation. She wants to pursue a career in finance."

"When did I disapprove her ambition? Let her do what she wants. I have absolutely no objection. However, she should not think of marrying anyone else other than me. If she does, I will finish them off." Ritik Tripathy sounded determined.

Meantime, Narcotics Bureau busted a huge shipment of drugs that had entered Ghaziabad city. It was one of the biggest haul of drugs. That resulted in scarcity of the product in college campuses. Small-time drug peddlers like Ritik Tripathy and Satya Prakash were immediately affected. The cash crunch situation prompted Ritik Tripathy to take up robberies. Satya Prakash stayed away from such acts citing preparation for final examination. He had his reasons.

In a shocking incident, a gang of robbers cut the vault of Automated Teller Machine of a public sector bank with gas cutter and made off with 2.3 million in cash. The power supply was switched off to deactivate the surveillance cameras. In a tip-off, Ritik Tripathy and his accomplices were caught in less than a week after the burglary. Police recovered 2 million. Robbers were sent for three years in prison.

Three years ago, Satya Prakash had decided to leave his past behind. Retired Principal Anand Sharma helped Satya Prakash to relocate and find a job in Goa. By now, Ritik Tripathy must have been released from confinement.

Who was the silent caller? Could he be Ritik Tripathy? Satya Prakash had left his past far away in Ghaziabad. He had moved on by living a new and clean life in Goa. How did Ritik Tripathy manage to trace his cell phone number? A fear creeped into his mind. He took a last sip of coffee and set the cup on the table. Satya Prakash looked through the window. Squalls of wind and rain continued. The chill of fear suggested the evil presence.

Was his murky past catching up with him?

He was occasionally in touch with Anand Sharma. He pulled out his cell phone and called the retired principal right away.

"Slight rise in BP. Sugar and cholesterol are in control. I have been thinking to call you since yesterday."

"Do you remember your old friend Ritik Tripathy?"

"How can I forget that devil? Soon after he was sent to prison, I pleaded you for redemption from that surrounding. You spoke to your friend in Goa and arranged my relocation. I owe you my new life."

"I do not think I did anything great. You showed the willingness to redeem and you found your resurrection. Ritik Tripathy too wants to change and lead a respectable life."

"Ritik Tripathy is released from prison. He was here at my place yesterday. The bad boy seem to have grown from his past wrongdoings. He has deep regrets of his bygone days. Ritik Tripathy is looking for a new lease of life. He asked your contact number. I have given it. He will call you."

"Oops. That is why I have been getting silent calls from an unknown number. I could sense poison from the silent caller’s breathing noise. I suppose you should not have given my number. Does he know that I live in Goa?"

"Why do you sound frightened?"

"I do feel vulnerable. Sword of vengeance is flashing from a distance."

"Satya Prakash my boy, please listen to me…"

"You must have forgotten. I was the one who had tipped off the ATM robbery to cops. I had hoped that the culprits would get minimum seven to ten years. They were given a soft sentence of 3 years for such a nefarious act. You helped me shift over from Ghaziabad so that I could forget my past and move on."

"Perhaps he is not aware that you had informed cops. He did not mention anything as such. Ritik Tripathy acknowledged that his past deeds had harmed many people. He deeply regrets his past and wants to mend his ways. I feel he deserves a chance."

"I cannot trust him."

"Are you hiding something from me?"

"No Sir. I will call you again. I need to attend to some urgent work."

Satya Prakash disconnected the line and glanced out. The rain had stopped. Lightning blazed in the dusking sky. Drizzle sprinkled on his face as he stepped out and looked up. Dark clouds still hovered at a distance.

He kept the helmet on the petrol tank and called his wife.

"Once Ritik Tripathy was sent for 3 years of imprisonment, I assumed I had enough time to run away from him to reorganize my life." Satya Prakash gasped for breath as he chose his words carefully. "I always wanted to forget a lot of stuff from my past. I have tried hard to leave my past behind. Looks like, it is catching up with me. I cannot allow my reformed life to crumble like a pack of cards."

"Why do you think negative?" His wife enquired.

"Ritik Tripathy is back!" Satya Prakash was truly worried. "He has tracked our whereabouts. We are short of time. It is time to flee, somewhere far. Let us get lost in the hustle and bustle of a new city, where Ritik cannot find us. We have enough savings to cover up for the next few months. By tomorrow, we will have to travel to a new place and get a new address, new cellphone number and hunt for a new job. Unfortunately, we may have to stay disconnected from Anand Sharma as well. I should be reaching home in the next 15-20 minutes. Rupali, please do not worry. How was your day at work? I love you Rupali."

He put his helmet on and pushed the ratcheting lever. The engine kick started. At that moment, his cellphone buzzed. He saw the number. The unknown caller was back again. Satya Prakash switched off his phone, removed the SIM card and flicked it on to the pavement. Then he accelerated and sped away.

Title: His Dark Past