Once again a hearty welcome to your most favorite Konkani Music column on Daijiworld.com that stepped into its 15th year on Jan 14th.

As I was moving in my regular hunt to present to you yet another sweet and pleasing chord of music as a New Year’s gift, I found a great star with superb talents who is my good old friend, a shining star and a self-made musician who is none other than Stanislaus Mendonca fondly known as “Stan”.

Stan is a simple personality, very hardworking and quite disciplined. I was fortunate to spend a few years in his friendship in Muscat. He deeply respects Konkani’s rich Tradition & Culture and encourages others to do the same. It is indeed my privilege to present to you this shining star in today’s music episode and I am sure and certain that you will really enjoy listening to this melodious chord.

I was truly blessed to meet and spend some lovely moments with my buddy Florine Roche recently in Mangaluru. I’m highly indebted for all her efforts in making Do-Re-Me-Fa so bubbly and attractive. In her company Do-Re-Me-Fa plans to venture into a new mission this year...stay tuned!

Thank you once again, and see you next month, same column and same portal. Until then, bye! 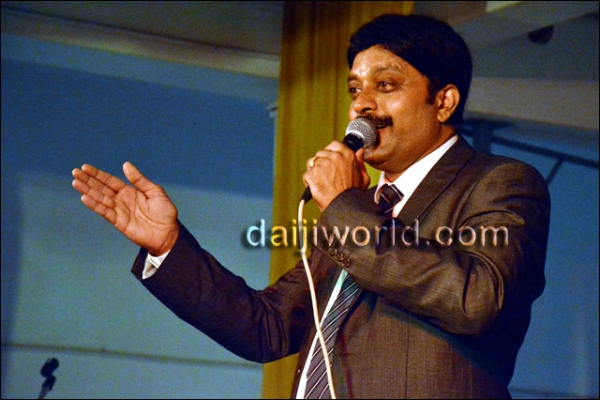 "I am a self-made person. Whatever I have achieved so far has been the result of my hard work and my yearning to do something useful in life and also for my mother tongue Konkani. I believe in following my passion, giving 100% to everything I do – be it my family, my love for music or my job. I am not the one to let others put frontiers in the way of my dreams. Life has taught me many things. I have gained so much knowledge and experience from what I have been through life. I believe that the more I give the more I get back” – Stanislus Mendonca, Konkani singer, composer and lyricist.

Mother tongue is often described as one of the greatest assets for humans. Many a time its value will be realised only when people move away from their motherland. The love and bond towards mother tongue Konkani is strong among Mangalorean Diaspora and they always find ingenious ways and means to keep Konkani language and culture alive wherever they go. Konkani songs have always played the role of a unifying factor among Konkani Diaspora and that is why we know musical nites of Konkani songs are being held in different parts of India and in Gulf countries, Canada, US, UK and Australia.

Stanislaus Mendonca, popularly known to everyone as Stan Mendonca is a true proponent of Konkani language through Konkani songs. As a lyricist, composer and singer he has been creating quite a flutter in Konkani music circles. Though migrated to UK a few years ago, he is steadfast in his commitment to keep the flavour of Konkani alive among the present generation. It is this enthusiasm and diligence that made him hold two musical programmes - 9th and 10th Stan nites during his visit to Mangaluru in August 2014 in Kelarai and Jeppu. 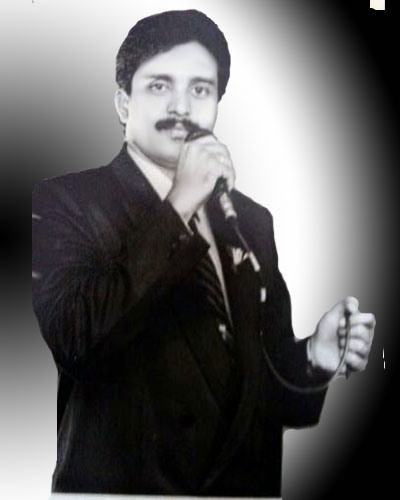 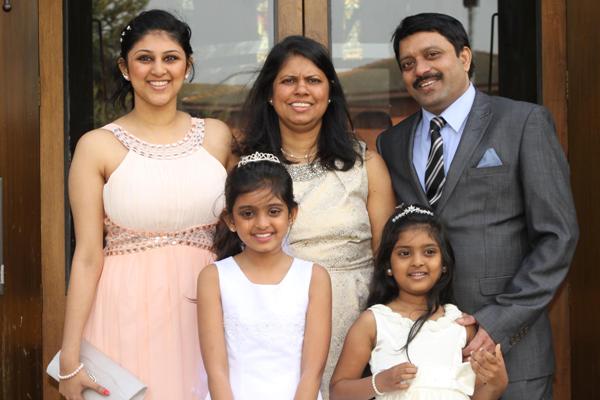 One can call it the power of 49, Stan who going through the most crucial phase of his life retains the same enthusiasm and boyish charm that makes him a Konkani singer with a committed fan following. Despite being in UK where Konkani speaking population is only miniscule credit goes to him for holding the first ever Konkani musical programme Stan Nite in the United Kingdom on June 23, 2013 and create history of sort. The show was a thumping success and the overwhelming support of the Konkani community in UK and will certainly embolden him to do many such musical programmes in UK in the coming years. The catholic community of Mangaluru in London is only about 600 and almost 500 people attended Stan nite much to the consternation of the organizers. UK MP of Indian origin Keith Vaz had attended Stan’s musical nite in London.

It is well known that for the Catholic community of this coast region of Karnataka the church proved to be the cradle that nurtured Konkani music talent for a long time and is still doing so. The church choir provided the right platform for many enthusiastic musicians and singers to give vent to their singing talent. Stany, who was born in Angelore Parish, also joined church choir at a young age which gave impetus to his singing talent. This foundation also helped him to take part in school and inter parish singing competitions.

Having lost his mother at a young age of 9, Stan the middle among the five children of late Albert and Florine Mendonca, took to music to ward off his loneliness. His father had left to the gulf in search of livelihood soon after his mother’s death and he had to find a way to channelise his boredom and talent. In the initial stages it was songs from radios and tape recorders of the neighbours that kindled his interests in Konkani songs as his family was financially not strong then even to have a radio of its own. But the desire to become a singer had taken strong roots in his mind and he continued to learn more and more Konkani songs Wilfy and other leading Konkani singers. Music beckoned him at 16 and at 19 he had joined “Classic Beats”, a music band that gave him an opportunity to sing Konkani songs at weddings and other social functions of Catholic community. 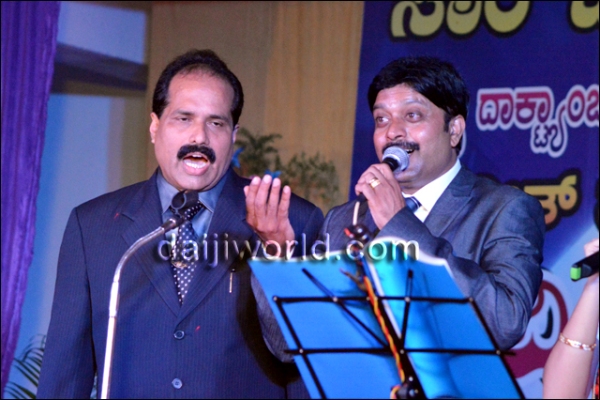 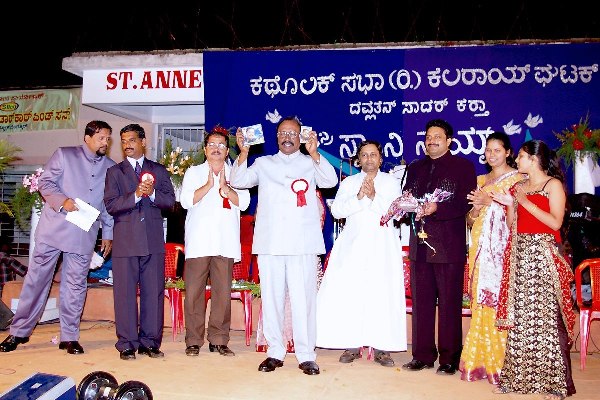 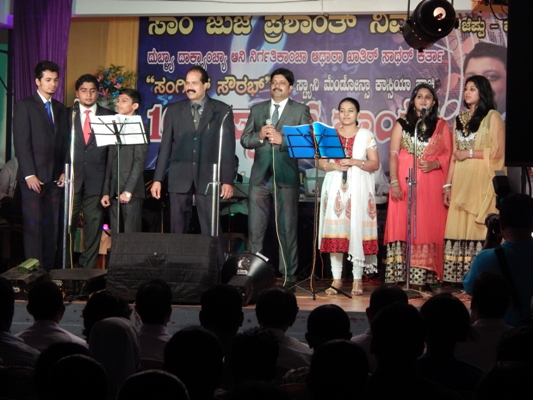 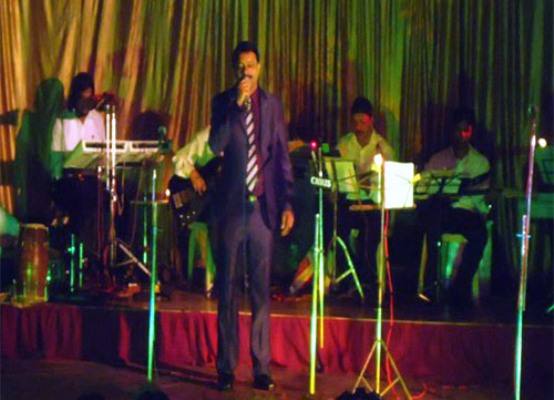 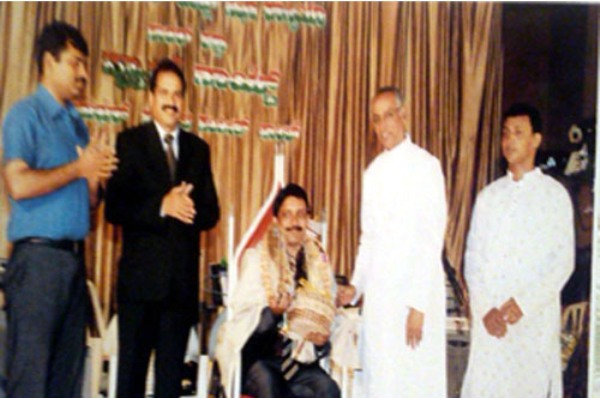 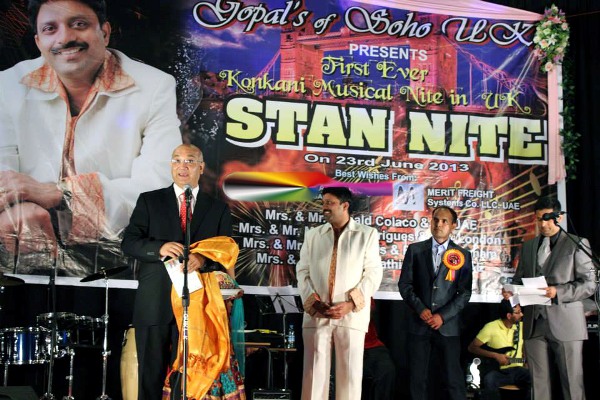 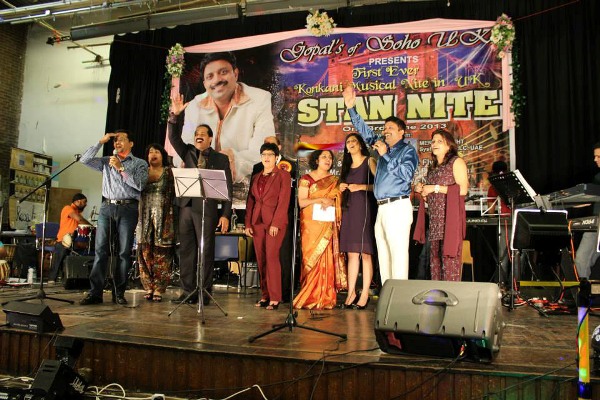 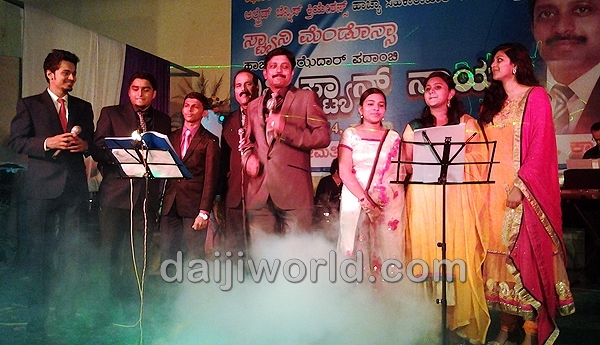 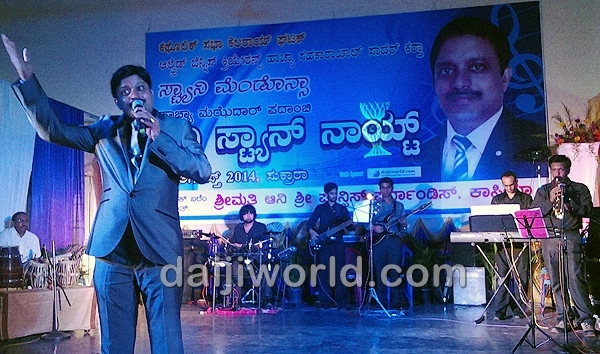 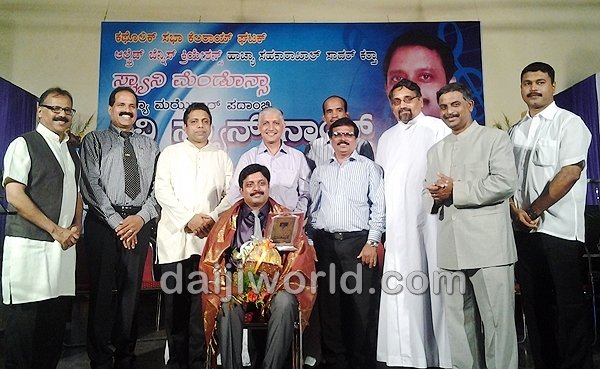 During his college days Stan had a brainwave to write his own songs. For guidance he went to his mentor Wilfy whom he considers as his guru and also his inspiration. It was Wilfy who encouraged this young lad by effecting little corrections in his lyrics, patted him on the back and asked him to move ahead. That encouragement from the Konkani legend gave Stan the required momentum to organise his first music nite at Don Bosco hall in 1996. It is a known fact that Konkan Kogul late Wilfy Rebimbus is an institution in itself as far as Konkani music is concerned and he has inspired many talented musicians including Stan. It was this respect and reverence for Wilfy that prompted Stan to write an exclusive song on this legend, the first one to compose a song on Wilfy titled “Hazarom Podancho shilpi Konkan Kogul Wilfy”.

In between there was a gap till he made a comeback in 2006 as Stan was forced to concentrate on his career and family and had to go to the gulf. But he was always itching to do something for his mother tongue despite being far away from Mangaluru. With the active support and cooperation of his friend and well- wisher Alfred Bennis a musical nite was arranged in 2006 in Kelarai church where Alfred is a parishioner. In the same venue Wilfy had released Stan’s first CD “Chintna, Bhognam , Bhavana” enabling Stan to fulfil one of his long cherished dreams. “I was fortunate to get my first CD released by Wilfy Rebimbus. He was the inspiration for me to become a musician. No doubt he was and still is an inspiration to Konkani artistes”, says a grateful Stan. Since then Stan has released two more CD’s titled “Yego Pisolya” and “Ashavadi” taking his total tally of CD’s to 3.

Stan who has migrated to Sunderland in UK with family has decided to hold one musical nite every year in Mangaluru. So far he has done 10 musical nites and most of these programmes were charity shows. Stan says he is driven by the motive to keep the flame of Konkani alive and burning through his songs. “I want the present generation of the community embrace our culture and keep the pennant of Konkani flying high wherever they go”. Though it is not easy to live far off and arrange a musical programme during his short trips to Mangalore Stan has succeeded in arranging them with the support and cooperation of friends and well-wishers back in Mangaluru.


Altruistic to the core

A particularly striking quality of Stan is that he has always encouraged new talent and his musical nites which have proved to be launch pads for wannabe singers. Singers like Ashwija Mendonca, Reshma Gonsalves, Ashwin D Costa, Alson D Souza, Melvyn Monteiro, Rony D Cunha and many other Konkani singers have sung in Stan’s musical nites showcasing their talent.

In his endeavour of spread Konkani flavour far and wide Stan has been fortunate to get his family’s support. His wife Jyothi Suneetha and children Sonal, Sinol and Shanelle are proud about his involvement in music. “My daughters dote on me and want to me to achieve further heights and they are inspired by me. My family has encouraged and sacrificed a lot, never complaining about my preoccupation with my musical nites even during our visits to Mangaluru”, Stan points out.

So far Stan has composed more than 200 Konkani songs and the effort still continues. He is a sensitive person who writes on current and sensitive topics that have a bearing on the society and touch our hearts. For example he has written on the rape incidents in our country, the need for social and communal harmony and other social themes and even on the subject of love. He chooses themes based on real incidents and from his own experiences.

Somehow, Stan has been able to steal sometime for Konkani songs amidst his hectic schedule in England. The Catholic diaspora in London has plans to start “Konkani Kutamb London” and through that organise at least one music nite every year. Of course
Stan is also committed to his yearly musical show in during his visit to Mangaluru.

Ron Roche Cascia: "Stanislus had the burning ambition from a young age to create his own songs and also to compose music. He has worked his way hard to emerge as a musician of repute and the 10 musical nites to his credit stand testimony to his commitment to contribute something to Konkani music and help spread its flavour. Another striking quality in Stan is that he has encouraged young talent by providing them a forum in his music programmes. In Cascia Parish there are many young singers who are glistening in Konkani music scene after they got the initial push through his musical nites. I wish him success in all his future endeavours."

Alfred Bennis: Stan is quite a talented musician who had to strike a balance between his career and his music without compromising much on both sides. It goes to his credit that he has managed them both in an impeccable manner. It is not easy to be far off from Mangaluru and manage musical nites during his short vacation. But he is constantly in communication with me and other singers and together we are able to organise his musical nites when he visits Mangaluru. I remember during the release of his first cassette in 2006 it had rained heavily soon after Wilfy had released the cassette and delivered his speech. We could not hold the nite that day. But Stan did not give up. In 2007 once again we could present the show with the same fervour. That is the kind of dedication Stan has and that is what keeps him going”.

Stan has a trusted fan following because they believe he brings a kind of freshness to Konkani songs through is lyrics and tunes. Three cheers to this talented and committed artiste, who has contributed immensely for preserving and promoting Konkani. Let us wish him a dazzling Konkani Music career ahead!