From the Editor's desk :-

I’m back here again to present to you with a glittering and melodious chord on your most favorite Konkani music column Do-Re-Me-Fa. As I was watchfully glancing the magnificent Konkan Skies in my regular hunt for a shining star to present to you as a 'Christmas gift' through this melodious music column, without much of a struggle I found a young and dynamic super star. A star, which was born on the beautiful coastland of 'Mangaluru', a breath of fresh air in Konkani music and this star has its own twinkle and originality. The great star I'm referring to is none other than the “Dream Boy" of Konkani Music “Kevin Misquith”.
A special thanks to my buddy Florine Roche for making this unique and youthful chord possible!

Before playing this sweet and youthful musical Chord I take this opportunity to wish each one of you A Very Merry Christmas. I pray that each one of you may experience the birth of Christ our Saviour, in your heart. As we conclude this God-given wonderful year of 2014, I thank God for all His choicest blessings bestowed on each one of us during this entire year. Together with Do-Re-Me-Fa family I wish you a Happy, Prosperous, Bright, Healthy, Peaceful and a Melodious New Year - 2015.

Merry Christmas to you all I love,
Even on this day of love for all,
Remembering the love of one whose call
Redeemed all those whose hearts his love might move.
Yet only one love does my spirit prove,
Chosen in a passion like a squall,
Having in such ecstasy withal
Rejoiced in what we were created of.
In such love do we find our way outdoors,
So to be drawn to love of flesh and soul,
Traveling beyond our village green,
Moving towards the wash along our shores
As our love joins the greater love unseen,
Shining with dark passion on the whole.

See you again in the New Year, same site and same column with new melodious and pleasant musical chords. Until then, bye.

Have a blessed & Merry Christmas!

Kevin Misquith: A breath of fresh air in Konkani music 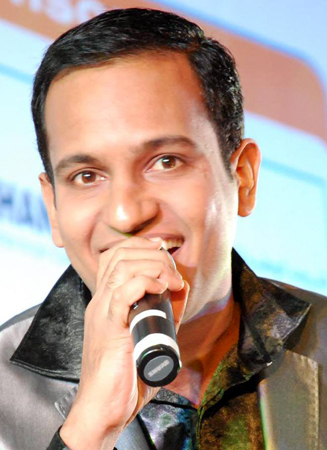 For those who believe that Konkani music fails to attract today’s youth, Clive Kevin Misquith is certainly an exception. When the common catchphrase we often hear these days is “Konkani music has no future”, this young lad is not just attracted but has taken a plunge into the Konkani music field with remarkable success. Today Kevin is a well known name in Konkani speaking households which goes to prove beyond doubt that Konkani music does attract youngsters.

It is not out of place to say that it was a gamble and it has paid off rich dividend proving all the pessimists wrong as he has succeeded in finding a slot for himself in the otherwise conventional Konkani music world. The arrival of Kevin on the scene along with his music band “Milestone” has been like a breath of fresh air with newness in Konkani songs and music apart from introducing new genres of music, new style and freshness in its live on-stage performance and presentation. Having taken Konkani music both as a hobby and as a passion Kevin has become the bridge between the music practised by the likes of late Wilfy Rebimbus and the new generation of musicians like him who want to have fusion of Konkani music with jazz, rock and pop to make it lively and appealing. With 30 live musical shows in a span of six years to his credit it looks as though Kevin all set to rewrite the history of Konkani music in his own inimitable way. 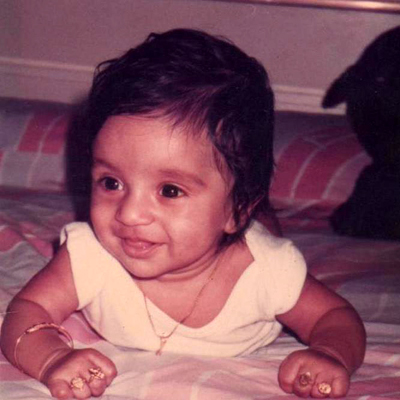 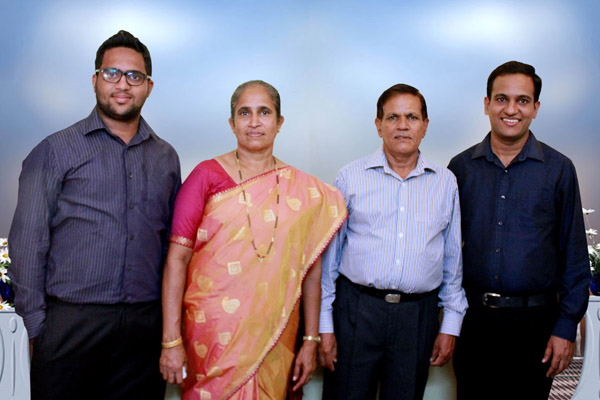 Born on January 19, 1987 in Manama in Bahrain where his father was working, Kevin spent his childhood there. His mother Violet is a homemaker and he has a young brother by name Keron Misquith. Following the gulf war the family returned to Mangaluru and settled in Surathkal. His early exposure to music was through the songs aired on Doordarshan and by listening to cassettes at home. His father Elias Misquith was fond of listening to songs of Wilfy, Rafi and Mukesh, his favourite artistes and Kevin got an opportunity to listen to them. This early exposure kindled his taste in music and he fine-tuned it by learning guitar and classical vocals. “This formal training has given me a sturdy foundation in music and its intricate aspects”, says a soft spoken Kevin.

Kevin had his early education in Surathkal and then joined St Aloysius College for his college education. The College atmosphere provided him the right kind of spur he needed to take Konkani music to a higher pedestal. In college Kevin and other like-minded budding musicians got together and started a music band comprising amateur musicians. The exposure, feedback, interaction with budding musicians and regular practice moulded his talent to a considerable extent. It proved to be the foundation on which Kevin the musician emerged. And now there has been no stopping the Kevin juggernaut from rolling. “The exposure I got through the internet media also has broadened my horizons exposing me to music of various types, different genres and variety of languages from different parts of our country and the world. This wide exposure has certainly moulded me as a musician. My lyrics, my compositions and the songs I perform and sing are all an amalgamation of the best of what I adopt to add flexibility and freshness to my music”, he explains.

Having made his debut at a teenager at 17, Kevin is now sitting pretty with 30 musical shows held in different parts of India and almost 5 CD’s to his credit. With few more shows scheduled for this season Kevin is moving in the right path in his goal of keeping the legacy of Konkani music alive and kicking. 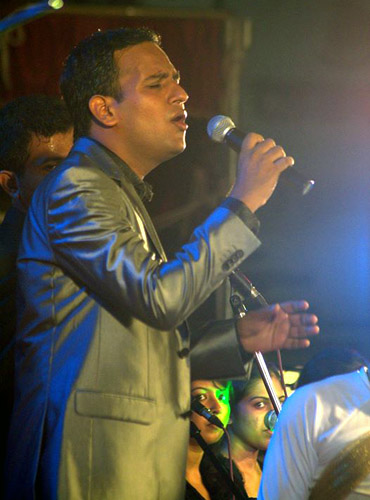 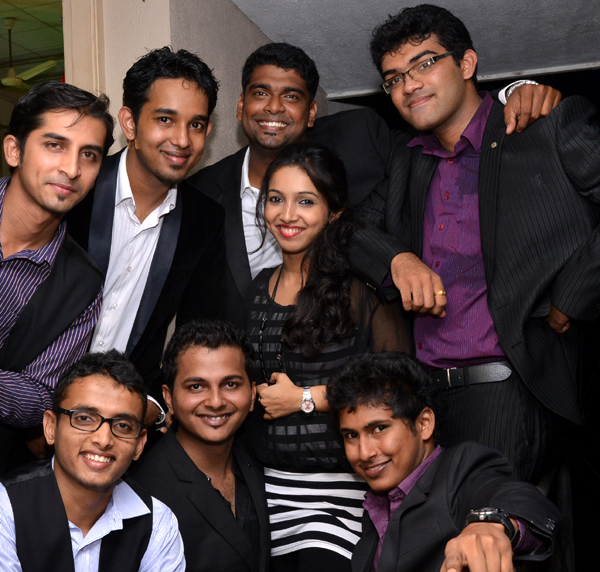 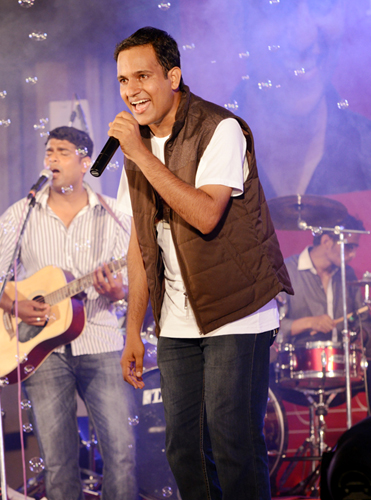 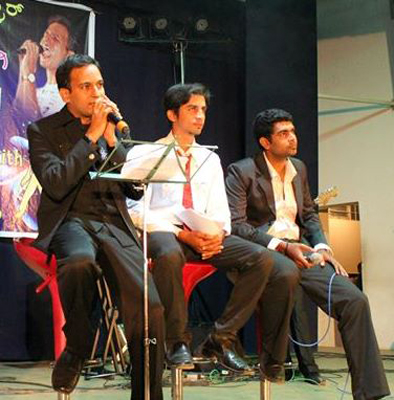 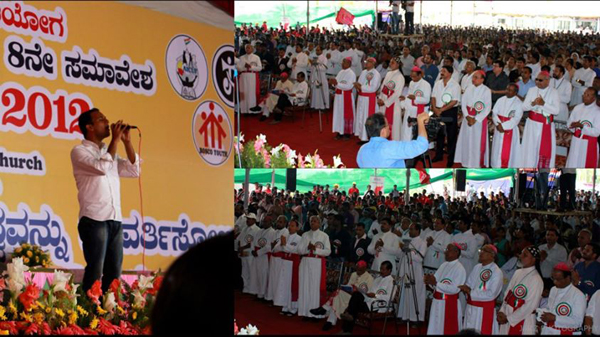 Kevin has been able to find a strong base in Konkani music by being ‘different’ and his overt enthusiasm and loads of talent has perfectly complemented his endeavours. Being innovative is one of the secrets of his winning the hearts and minds of music lovers both young and the old alike. The high octane energy which the band exudes in all its live performances is quite palpable and it has succeeded in winning the hearts of a cross section of Konkani music lovers.

Kevin started his music journey with the release of his debut album “Rupnem” in 2004 at the age of 17, when most teenagers don’t have even vague idea what they want to do with their lives. The encouraging response to the CD emboldened him and he came out with the CD titled “Tuji Yaad” in 2007 and with that he showed that he was not a ‘one CD wonder boy’ but is here to stay. 2008 saw Kevin coming out with his third CD “Hi Jeen” and this album was nominated for the Global Konkani Music award and ended up winning the best lyricist award. 2008 also saw another milestone in his music career as he made his debut with his live performance at Don Bosco Hall, Mangaluru.

It was his fourth CD “Thembe Thembe” that gave Konkani music lovers a gem in the form of songs announcing to Konkani music enthusiasts that Kevin Misquith, the singer, composer, lyricist and performer had arrived in a big way. Having realised that quality literature is a major embodiment of music Kevin experimented with lyrics established poets and new genres of music to come out with a winner in “Thembe Thembe”, one of the most popular albums of recent times.

In 2009 saw Kevin reaching another high point when he formed the music band “Milestone” with co-founder Ashwin Sequeira and since then this band has successfully staged several musical programmes. Recently i.e on December 14, 2014, Kevin held his 30th musical show, the first Konkani musician to reach that magical figure in a short span of six years. Kevin and his band has delighted Konkani audience with their foot thumping and zestful performances, that includes genres like soft ballads, disco, pop, rock and folk fusion. He has taken Konkani music aficionados into a totally new world of melody with a wide array of music. Kevin’s USP is that he took the risk to experiment with a distinctive blend of music and lyrics. This was a calculative risk which no other Konkani singer dare experiment. But Kevin took it as a challenge and has come out a winner only to strengthen his position as a trendsetter who brought freshness to Konkani music. 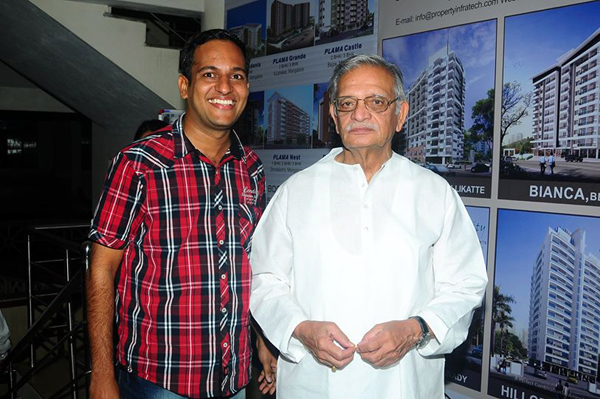 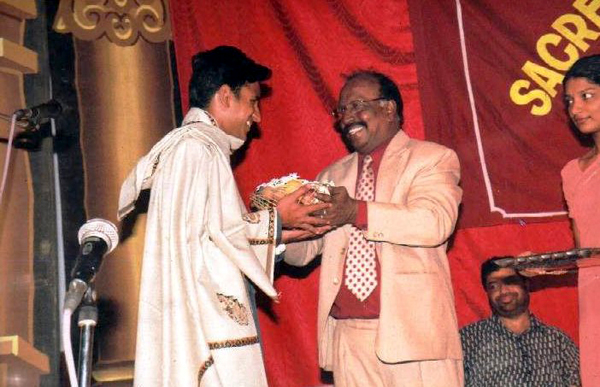 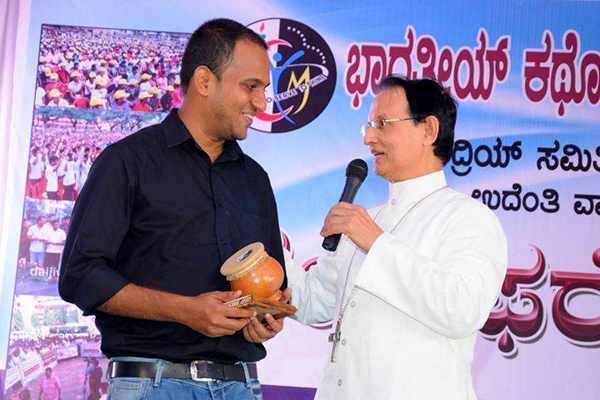 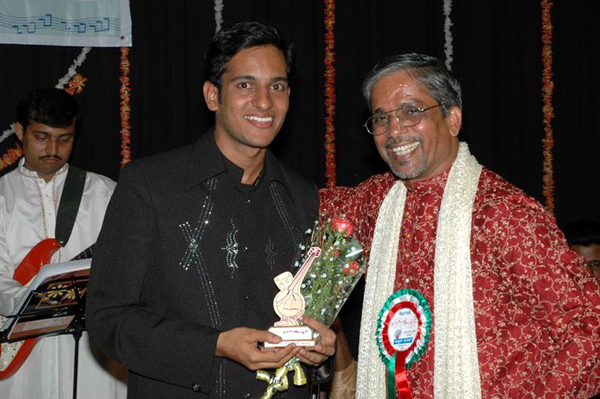 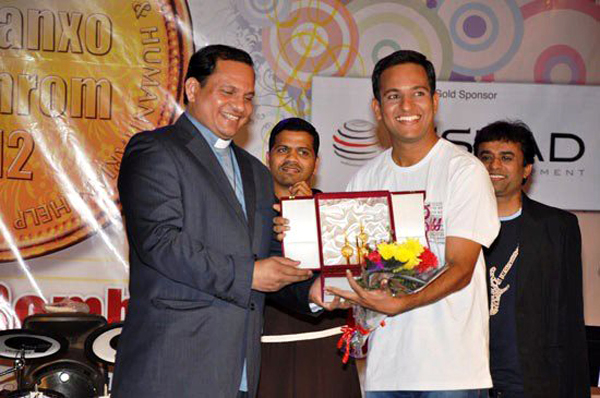 Kevin Misquith comes across as a soft spoken mild mannered youngster who is focused and is clear about his priorities and goals. Having conscientiously decided to pursue Konkani music as a passion, he has not backed out despite dissuading remarks from pessimists who often paint a very bleak future for Konkani music. Kevin is an entrepreneur and also owns the music band Milestone and therefore music is only a hobby to satiate and divert his creative impulses. Though his parents have fully supported him in pursuing his hobby he says “there is always an uncertainty that grapples them. They keep reminding me about my goals and my responsibility so that I don’t go off the track”.

Is he troubled by the same thoughts? His answer is a firm no and he says he is quite comfortable and happy with his decision to pursue his music putting his heart and soul. “I am happy with whatever I have been able to do so if that can be called as an achievement. I have proved my mettle as a singer, composer and lyricist and I am here to stay. I am happy that through my music I have succeeded in my effort to reconnect with the youngsters who are not much inclined towards Konkani music”, he explains. Kevin is fortunate to have the complete backing and support of his family which guides him in every step that includes providing monetary help when needed.

Kevin tried his best to break the stereotype that have become a quintessential part of Konkani musical nites. But he says he has not succeeded in his endeavour. “Keeping in tune with the youthful and peppy music for which our band is known for I tried to introduce the novelty factor not going by the familiar trend by not having a Master of Ceremony or jokes and dance in between songs. But it did not go well with the people and therefore I have to rely on the traditional way of presenting music. I believe it is too early to expect people to warm up to the new idea. Our people also cannot digest the idea of musical performance by a single lead singer”.

The year 2014 has been particularly successful for Kevin Misquith and he wants to sign off the year by releasing his 5th CD titled “Ek Geeth”. Like his 4th CD Thembe Thembe Kevin believes that “Ek Geeth” will create quite a flutter among music lovers. It was indeed a mature decision on his part to pack his music with lyrics of reputed poets that can add value to his music. “I realised that my limited vocabulary was not adding enough worth to my music. Recently I started using lyrics of Cha Fra, Melvyn Rodrigues, Wilson Kateel etc., and that impact is reflected in my songs in his last two CD’s”.

Having his own music band is a blessing for Kevin, something which not many Konkani musicians have and he has used this to his advantage. From bringing out the richness of Konkani literature through his songs to experimenting with new genres, from dabbling with diverse genres to introducing the novelty factor in live performances, Kevin Misquith is a pioneer in many ways. There is a long way to go for Kevin Misquith as age is on his side and he has demonstrated the passion and commitment he possesses for taking Konkani music to greater heights.