It is said that seeing is believing. About twenty-five hundred years ago, the Greek philosopher Democritus coined the word ‘atom’, meaning uncuttable. Democritus believed that all objects were built up of indivisible units called atoms, and that the properties of an object were a manifestation of the atoms that composed it. It took almost twenty-five hundred years for humans to actually ‘see’ atoms, and it is worth looking at some of the technology that has made this possible today.

The resolution of the naked eye is around 50 microns, which is about the thickness of a very thin hair. Most bacteria are about 1 micron in size, which is why it took humans a long time to figure out that they can cause diseases – we just couldn’t see them until about three hundred years ago when Dutch microscopist Antonie van Leeuwenhoek used a homemade optical microscope to see bacteria for the first time. Optical microscopes are routinely used today to analyse human tissue and diagnose diseases (Figure 1). 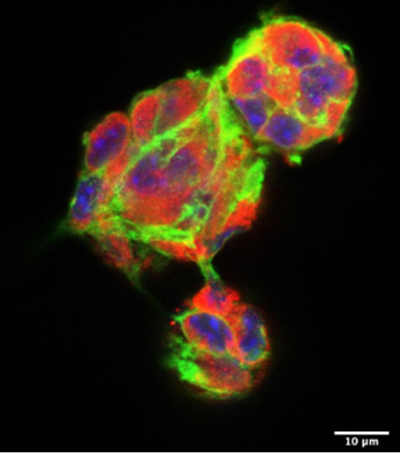 Figure 1. Human stem cells viewed using dark field optical microscopy. The colours are due to fluorescent molecules that are used to tag different parts of the cells. The scale bar at the bottom reads 10 microns, which is well below the resolution of the naked eye. Image courtesy of Dhiraj Indana, Chaudhuri Lab at Stanford University.

Optical microscopes are limited in resolution by the wavelength of light, which is about half a micron for visible light. As shown below, two closely spaced objects cannot be resolved optically because an optical system cannot collect all the light scattered by the two objects. The partially collected light forms a distorted image due to the wave nature of light (Figure 2). 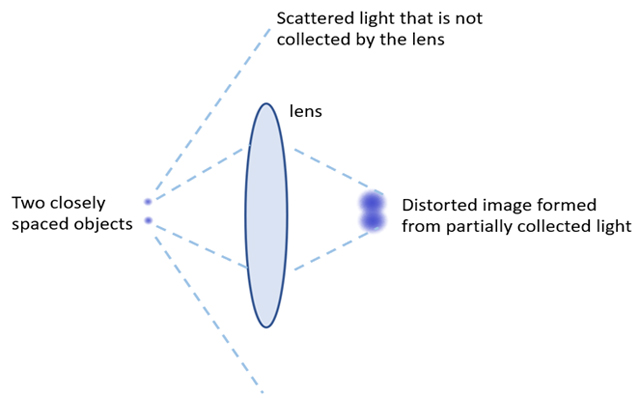 Figure 2. Resolution limit of an optical system due to scattering/diffraction effects

It took about two hundred years after the invention of the optical microscope for humans to surpass the optical resolution limit. In the 1920’s, the wave nature of electrons (and all matter) was realized with the advent of quantum mechanics. At that time, German scientists Ernst Ruska and Max Knoll were working on cathode ray tubes for imaging large objects (these devices were basically primitive electron microscopes whose resolution was worse than optical microscopes). When Ruska and Knoll learned that the wavelength of electrons was many orders of magnitude smaller than light in 1932, it became clear to them what great potential lay in using electrons to image matter. In theory at least, it was possible to image atoms using electrons! Ruska quickly created a design for an electron microscope and in 1933, the resolution of the optical microscope was surpassed. 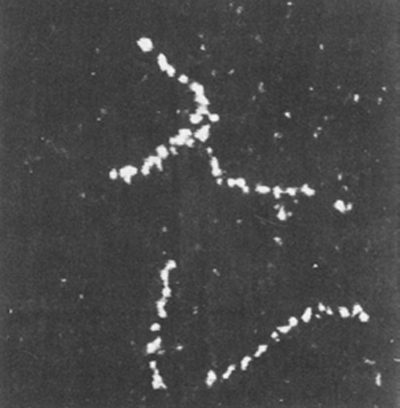 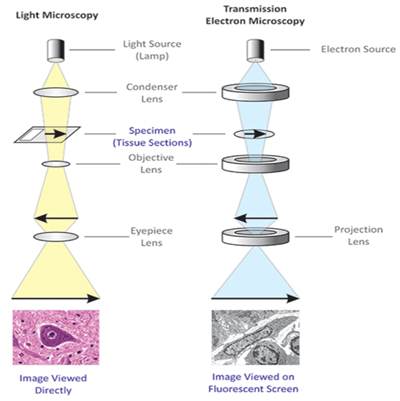 Despite this seemingly simple working principle, the electron microscope looks a lot more complex and intimidating than the humble optical microscope (Figure 5). This is largely because electron optics dictates that the microscope column be about a meter long. In addition to this, the walls of the electron microscope need to be thick enough to shield users from harmful x-rays that are emitted as a result of electron-matter interactions. 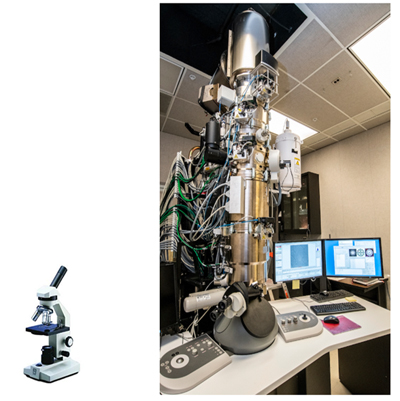 Figure 5. Optical microscope (left) v/s electron microscope (right). The difference in size and complexity is striking, given the very similar principle of operation.

Shown below is an atomic resolution image of a Germanium crystal (Germanium is a semiconductor, just like Silicon that’s used to make the chips in your devices). Each dot is an atom! One can see the structural arrangement of atoms, i.e., the crystal structure very clearly. Also seen is the scalebar, which reads 10 nanometers. 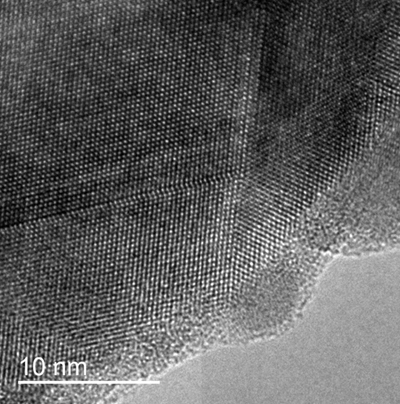 Up next we have an amorphous carbon film! ‘Amorphous’ means that atoms are randomly oriented, and that’s exactly what is seen below. 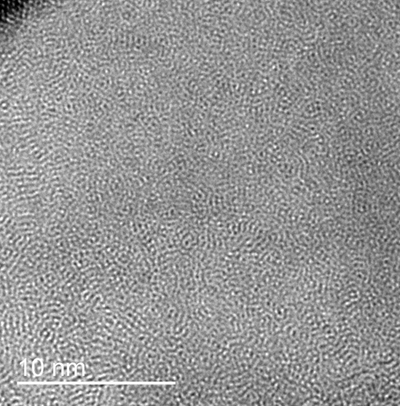 And finally, we have some nanoparticles! The image below shows Cadmium Telluride nanoparticles (commonly called ‘quantum dots’) circled in yellow sitting on an amorphous carbon film. 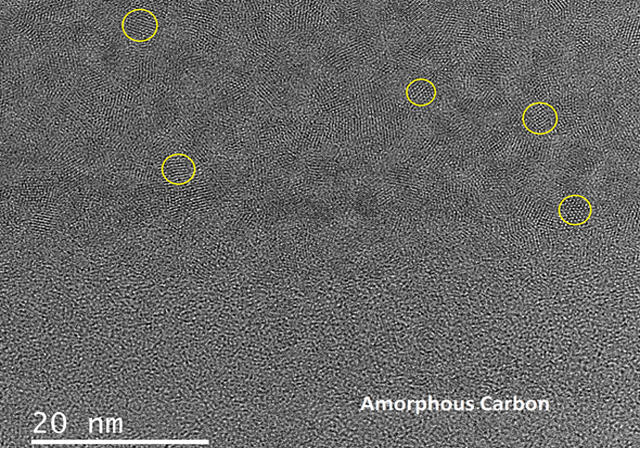 And the same image zoomed in… one can clearly see the contrast between the amorphous carbon and crystalline quantum dots. 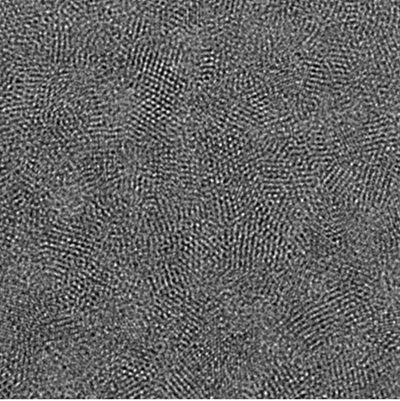 Isn’t this amazing? You are able to see the very constituents of all matter in the universe, right in front of you!

Electron microscopes have been one of the driving forces for the nanotechnology revolution over the past few decades. There is no doubt in my mind that this will continue, with newer electron microscopes being able to do high resolution imaging and analysis along with in-situ studies in parallel. The only downside is that electron microscopes are very expensive – a new high resolution microscope can easily cost more than a million dollars (that’s 7 crore rupees!) and there are no manufacturers in India. Hopefully this will change in the coming decades as India continues to advance in scientific research and instrumentation development.

Feel free to reach out to me (martis@stanford.edu) for more amazing pictures like the ones above!

By Joel Martis
Joel Martis is a PhD candidate at Stanford University working on developing new imaging techniques in electron microscopes.
To submit your article / poem / short story to Daijiworld, please email it to news@daijiworld.com mentioning 'Article/poem submission for daijiworld' in the subject line. Please note the following: