Respect for the Dead

I switched my phone on one morning, and scrolled through the photos to find a screenshot of the recipe I'd saved online, when I found a few new photos. The photos clearly showed a young man hanging from the ceiling with a noose around from a bedsheet. I recognised the man from the suicide news I'd read previous days. Someone had sent me photos of the suicide scene. Perhaps they wanted me to investigate the case! But I'm a lawyer, not a police officer, I thought. I went to my WhatsApp to find out who sent me the photos, and made a mental note to give a piece of my mind to the 'adhikaprasangi'.

The cell phone is an invention that has been most misused and abused, more than any other invention probably, and in the hands of a few ignorant, more dangerously so. Everyone has a cell phone and every cell phone has a camera, each better than the other. People have died trying to take selfies. Others have taken selfies with dead people! It is a fad to shoot each and every thing and share these days. There might come a time when people will kill a person just to take the first photo! People have lost all sense and sensibility to the point of insensitivity. In case of a rape or accident on the road in broad daylight, people do not help but instead shoot the crime and then share it on social media. 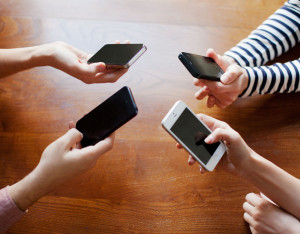 One fails to understand the perverse obsession of being the first to share the most gory details of a crime scene or a mishap without a second thought. We fail to think of the family of the victims. What if the suicide was of a family member? Would we still click pictures and share? What if a son died in an accident with his limbs dismembered? Would we share the news of his death by sending photos of the accident to relatives? What if a relative had committed suicide? Would we still consider it okay to circulate his vulnerable photos on social media? Does this 'chaltha hai' lukewarm attitude to people's personal tragedies seem okay then? What must the victim's friends and relatives feel when they find their loved ones' last photos plastered all over social media? What is the purpose of circulating the photos? Does it help anyone? Some people grant free access of their phones to their kids at home. What would happen if a small child happened to see the gruesome photos? Are we training them with new ideas at suicide? Do we think of this even for a second before foolishly passing the photos on? Perhaps if people used their brain as much as they used apps these days, the world would be a better place to live in.

People do not seem to understand that clicking such pictures is not only unnecessary but also irresponsible. Even the news media does not show such photos and in extreme cases, blurs the photos. Do we click pictures of strangers walking on the road? Or passers-by without their consent? Never. Then who gives the consent to click pictures of dead people? Why do we share graphic photos of the dead bodies mutilated in road mishaps or killed in a crime, to no end? What purpose does it serve? Even after death, a person has as much right to dignity as when alive. In fact Section 297 of the Indian Penal Code punishes acts of three kinds: Trespass on burial places, indignity to a human corpse, and disturbance in a funeral ceremony. From this we can clearly infer that a human body has the right to dignity even after death. Moreover, sharing such pictures of tragedies too is a form of gossip; only the format is jpeg. Remember that if one is not part of the plot, the problem or the solution, then one is not in a position to ‘share the news’. God clearly dislikes such ‘news sharing’. He says-‘You shall not go around as a slanderer among your people…’(Leviticus 19:16)

So, next time we point that camera at a dead person, let's think twice. Next time we forward those graphic photos, let's stop. Let's spread the same awareness to people who unnecessarily shoot murder/death/accident/crime scenes too. Let's resist the urge to stare at pictures of blood, death and gory details. Let's make others who send such photos aware on the rights to dignity of a victim and their family. Let's discourage such circulation in our friends, in our various Whatsapp groups and acquaintances. Let's respect the dead and their sacred last moments. Most importantly, when faced with such tragic news, instead let's do what Christians must: pray. Let's whisper a prayer for their souls. Let's include these mishaps and their victims in our personal prayers and at home. Let's pray for the misguided, the lonely and the ones contemplating suicide. Let's do something effective and beneficial for their souls instead. Let's stop the chain of forwarding such photos and instead type this-"Eternal rest grant unto them O Lord and let perpetual light shine upon them. May the souls of the faithful departed, through the mercy of God, rest in peace."

Title: Respect for the Dead