They also suffered from an 18 per cent reduction in the thickness of the sponge-like trabecular bone located at the end of long bones, such as femurs and the spinal column, and a 34 per cent reduction in estimated failure force, which is the ability of bones to withstand different types of force. 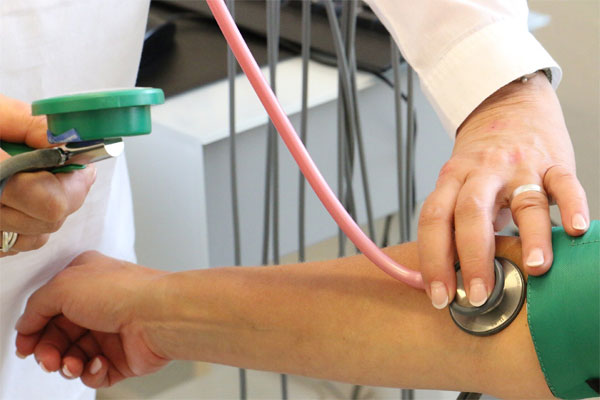 "In contrast, the older mice who were given the angiotensin-II infusion did not exhibit similar bone loss.

High blood pressure and osteoporosis are common diseases affecting people and some can have both simultaneously.

"Bone marrow is where both new bone and new immune cells are produced. We suspect that more pro-inflammatory immune cells in the bone marrow may be leading to damage of the bone and making it weaker," said Elizabeth Maria Hennen, from Vanderbilt University in Nashville, Tennessee, the US.

"By understanding how hypertension contributes to osteoporosis, we may be able to reduce the risk of osteoporosis and better protect people later in life from having fragility fractures and a lower quality of life," she added.

"Twelve young rats and 11 older rats were given angiotensin II – a hormone that leads to high blood pressure for six weeks," the researchers said.

"Two other control groups of 13 young mice and 9 old mice received a buffer solution that did not include angiotensin II, and these mice did not develop high blood pressure," they added

After six weeks, the bones of rats from all four groups were analysed using micro-computed tomography, an advanced imaging technique.