Bengaluru, Aug 19 (IANS): The events planned for the celebration of completion of one year at office by the Chief Minister Basavaraj Bommai government has been yet again postponed from its scheduled date of August 28.

An announcement in this regard was made on Thursday.

The ruling BJP government is explaining that since August 28 falls on the threshold of Gowri and Ganesh festival celebrations, the party workers would not be able to participate fully in organising as well as celebrating the event. 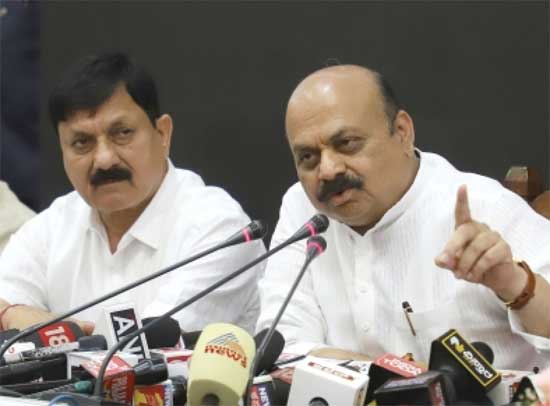 The celebration is named as ‘Janotsav', meaning celebration of people. It was first fixed on July 28.

The ruling BJP had made massive arrangements at Doddaballapur to celebrate the completion of 1 year of CM Bommai in office.

When seating arrangements for more than a lakh people was made, food was also cooked for thousands, CM Bommai announced cancellation of the event a day before in the backdrop of the murder of BJP Yuva Morcha activist Praveen Kumar Nettare in Dakshina Kannada district.

CM Bommai stated that after seeing the plight of Praveen's family and his wife and mother, his conscience is not allowing him to celebrate the event.

Later, ‘Janotsav' was fixed on August 28, however, the party has postponed the event yet again.

With former Karnataka Chief Minister B.S. Yediyurappa being named as the Parliamentary Board member and Central Election Committee member, the state BJP unit will celebrate the occasion with grandeur.

The party also wants to send a message to the people like the opposition Congress party managed with the mega celebration of 75th birth anniversary of Siddaramaiah.