Hong Kong/New Delhi, Aug 13 (IANS): Monkeypox, which has afflicted more than 30,000 people to date, is not a 'gay' disease and in Asia where gay sex is outlawed in several countries, the fear of stigmatisation and worse is preventing people from coming forward to be tested, the media reported.

According to an opinion piece in The South China Morning Post (SCMP), in India where gay sex was decriminalised in 2018, two men refused to get tested after their sexual partners caught monkeypox, fearing discrimination more than the virus itself. 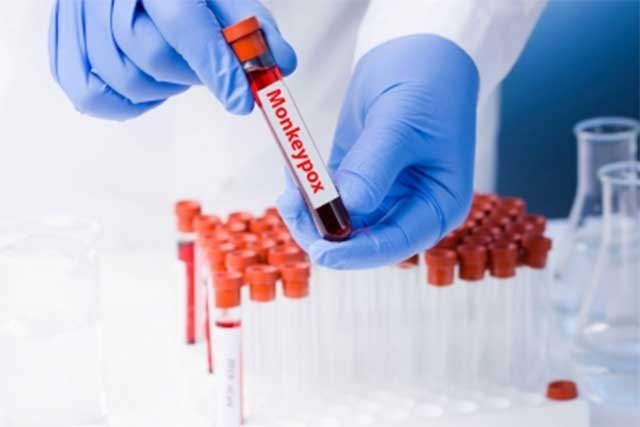 "This underlines the urgency of fighting the stigma against the LGBTQ community: fear can prevent some from getting tested, it gives a false sense of security to heterosexual people, and gives the authorities an excuse not to unlock resources to fight the outbreak," said Salome Grouard, a senior journalist with SCMP and a member of Lunar, an initiative that highlights key issues related to women and gender equality in Asia.

India has reported 10 cases of monkeypox so far, including one death in Kerala.

Monkeypox is characterised by fever with rashes, headache, swollen lymph nodes, muscle and body aches, back pain and weakness.

In Asia, only a handful of cases have been recorded so far.

Singapore is considered the largest cluster of the region, with 15 cases reported as of August 12.

"Compared to the almost 10,000 cases logged in the US, monkeypox is comparatively not a major threat to the region's health," said the report.

But experts are still very concerned.

"In a region where identifying as part of the LGBTQ community can remain a social barrier at best, or become a life-threatening sentence at worst, infected people might not seek help," the report noted.

WHO director general Tedros Adhanom Ghebreyesus has warned that this stigmatisation might make the "outbreak much harder to track, and to stop".

Gay sex remains illegal in some countries, such as Singapore, Malaysia, Bangladesh, and some parts of Indonesia.

"This anti-gay stigma prevents people, both from within and outside the LGBTQ community, from getting tested. It also gives a false sense of security to straight people who might wrongly perceive monkeypox as a gay disease," read the report.

Several people are asking the authorities why resources and clear guidelines haven't been made widely available despite lessons drawn from the Covid-19 pandemic.

Monkeypox has not been classified a sexually transmitted infection and many are drawing comparisons to the early years of the HIV/Aids pandemic.

"In the 1980s, gay and bisexual men were blamed as the main cause of HIV spread, even though heterosexual sex, contaminated blood products and needles, and mother to child transmission were also modes of transmission," the report said.

Governments' failure to address the epidemic on time, and a lack of investment in prevention resulted in a heavy stigmatisation of the community.

The WHO has now announced new names for variants of the monkeypox virus that are currently in circulation to avoid causing any cultural or social offence.

Experts will now refer to the former Congo Basin clade (group of variants) in Central Africa as Clade I, and the former West African clade as Clade II. The latter consists of two sub-clades, Clade IIa and Clade IIb, of which Clade IIb was the main group of variants circulating during the 2022 outbreak.

The global health agency added that the new names for the clades should be used immediately.

The monkeypox virus was named when it was first discovered in 1958. Major variants were identified by the geographic regions where they were known to circulate.

WHO officially declared late July that the current multi-country monkeypox outbreak had turned into a public health emergency of international concern.