Udupi, Aug 13: The government is distributing national flags through gram panchayat and revenue department in order to celebrate the 75th Independence Day of the country. However, patriots are expressing anguish against the government on an incorrect national flag made in nylon material.

An officer, who liked to remain anonymous, said, “The design and shape of the national flag is not according to the national flag code. There is a huge difference in the measurement also. Ashok Chakra is in the shape of an egg. Stitch of most of the flags has already worn out. We do not feel like distributing these flags. Most of the people who have received this are returning the same.” 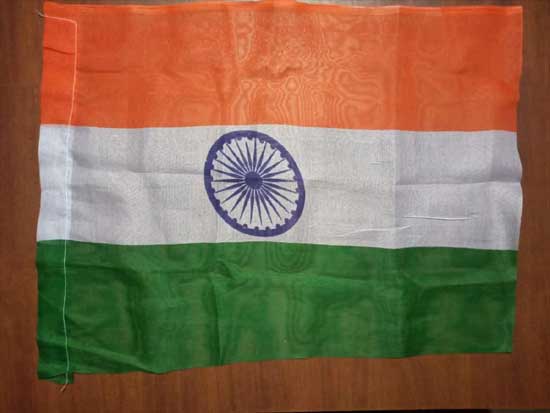 Citizens are taking the government to task on social media also on the same issue.