Mangaluru, Aug 8: The rain that was lashing Dakshina Kannada district continuously from four days reduced to certain extent on Sunday, August 7. Though red alert was declared the rain was not that intense. Orange alert is sounded on August 8 and 9 in coastal districts. The following two days will be yellow alert.

Though it rained on the morning on Sunday, later it stopped. Slight sporadic drizzle was noticed. There was sunshine for sometime in the afternoon. Whole day cloudy weather prevailed in the city. In rural areas bitter cold was experienced by people. 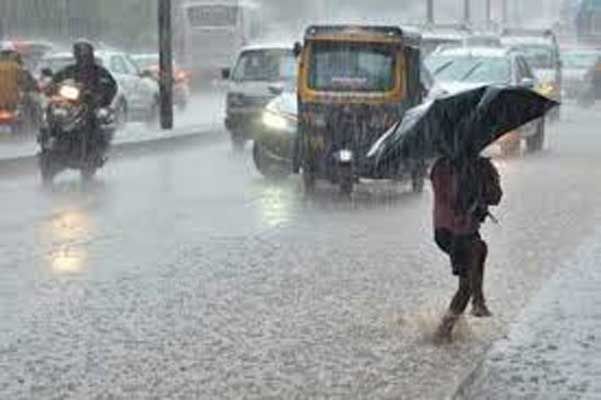 Nine houses got partially damaged due to rain. As many as 12 electricity poles were damaged too. As a precaution, 76 people living in danger areas are sheltered three concern centres. SDRF and NDRF team are kept ready to face any eventuality.

The level of water in the rivers of the district rose as Western Ghats are receiving heavy rains. At Bantwal, the danger level of Netravati is 8.5 meter. On Sunday, it was flowing at 7.9 meter. In Uppinangady the river level was at 28.2. The danger level is 31.5 meter.

Fisheries joint director issued instruction to fishermen not to venture into the sea till August 8 as the sea is violent.