Udupi, Aug 8: A woman, who was distraught because of family feud, was crying at the city bus stand here with her twins and saying that she will go somewhere in train rather than live with her husband. Social worker Vishu Shetty Ambalpady, who came to know about the woman and children rescued them and got them admitted to Sakhi centre. This incident occurred on Sunday August 7 night.

The woman hails from another state. Vishu Shetty got information from a bus conductor about her and rushed them to Sakhi centre in his vehicle and got them admitted. Police personnel on 112 emergency line, also supported in the rescue act. 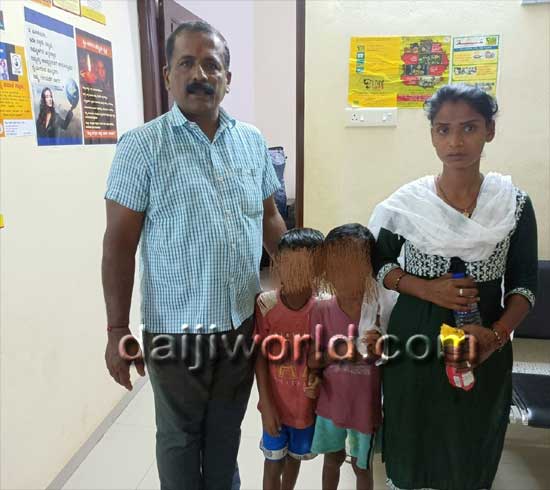 Sakhi centre is a project of Women and children development department and works 24x7 at Nittur. Any women, who are helpless can contact Sakhi and get counselling, legal assistance and shelter.