Puttur, Aug 8: The last rites of Sushan Rai, a ninth grade student of Sudana residential school, who fell to death from a multi-story apartment building at Boluvaru, was held at Madiwalakatte crematorium on August 6. Manohar Rai, the father of deceased Sushan, has filed a police complaint to conduct thorough investigation into the death of his son.

Sushan had fallen to death from the apartment building at Boluvaru on August 5 evening. Puttur police have registered a case in this connection. 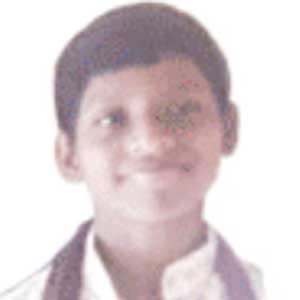 Manohar Rai used to drop his son to school every day in the morning. In the evening, Sushan used to arrive to Boluvaru in an auto rickshaw and come home by walk on the road besides hotel Hariprasad. However, on August 5, after getting down from the auto rickshaw at Boluvaru, Sushan, instead of going by the usual road, had chosen the road besides Boluvaru apartment complex. But he did not go home and walked straight to the residential complex and within seconds he was on the floor after falling from upper story of the building.