Raut's mother became emotional and held onto Thackeray, expressing silent concerns for her son who was arrested by the ED early this morning in an alleged money-laundering case arising out of the Patra Chawl, Goregaon, land scam. 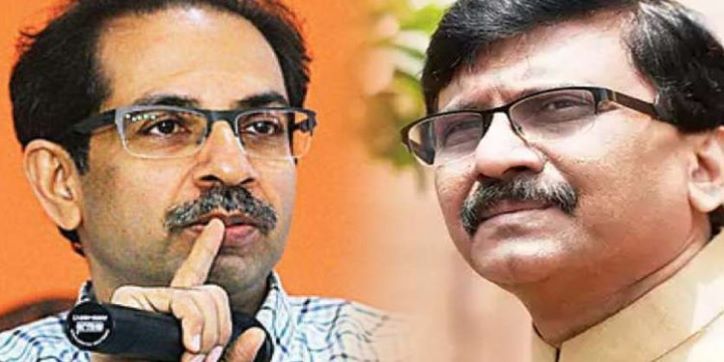 Thackeray spoke with Raut's mother, wife and his daughter, who were rendered speechless as he was whisked off in detention by the ED and police teams on Sunday evening, and attempted to offer solace to them after the sudden developments since Sunday dawn.

On Sunday morning, an ED team raided the Raut household and questioned the MP for over nine hours.

Then he was detained and taken to the ED office where he was grilled for another over seven hours and finally arrested on Monday morning.

The arrest has been strongly condemned by the Shiv Sena, Nationalist Congress Party, Congress and other opposition leaders.

However, the Shiv Sena breakaway faction leader and Chief Minister Eknath Shinde, commenting on the arrest said "the daily morning loudspeaker falls silent", a reference to Raut's fiery media briefings either in Mumbai or New Delhi.

As he was being escorted inside the Special Court by the ED this afternoon, Raut said that "this is an attempt to finish off the Shiv Sena, but we will not be defeated".

While the Special Court hearing is underway, Thackeray is likely to speak to the media on the issue later this afternoon.