Mangaluru/Udupi, Jul 6: The meteorological department has declared a red alert in three districts. 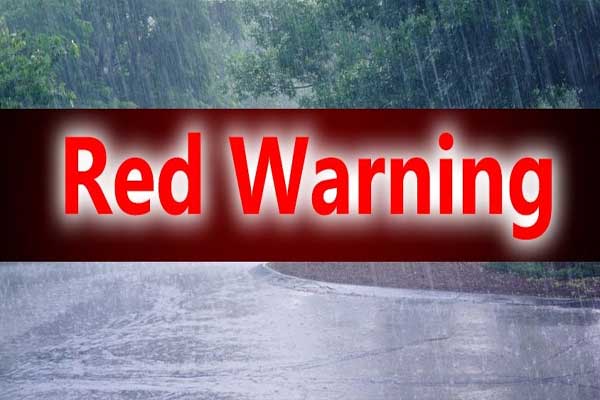 An orange alert has been declared from Friday to Saturday in Dakshina Kannada.

These districts are likely to receive rainfall of 115.6 to 204.4 millimetres during the orange alert. As of now, the coastal area is receiving the highest rainfall, roads are damaged and several houses have suffered damages.