H D Kumaraswamy to Bommai: 'I am lucky dip CM, what about you?’

Bengaluru, Jul 6: In a sharp rejoinder to Chief Minister Basavaraj Bommai for taunting him as a ‘lucky dip CM’, JD(S) legislature party leader and former Chief Minister H D Kumaraswamy asked the former: “I am Lucky Dip CM, What about you?’’

Kumaraswamy said he is not ashamed to be termed as ‘lucky dip CM’ and mentioned that he himself has said it several times that he became Chief Minister accidentally. 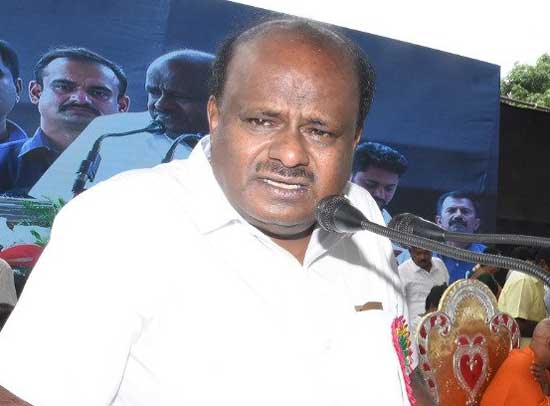 He, however, asked Bommai whether he is a duly elected CM with a popular mandate and wanted him to remember that he is also a lucky dip CM without popular mandate.

The JD(S) leader reminded the BJP that it was because of him that the party could taste the power by being the 20:20 Chief Minister. “Ask your own leaders and the past CM. He will tell you the truth,’’ he said without mentioning BS Yediyurappa’s name.

“It is not an insult to be termed as Lucky Dip CM. Which is better? Is the label of ‘Operation Kamala CM’ better,’’ he said in a dig at the defections engineered by BJP to gain power through the backdoor.

He pointed out that BJP, which could not even dream of coming to power in the State, could taste power due to JD(S). “Ask your leader who was ready to ditch your party and wanted to join our party in 2006. If I had not prevented him from doing so, your party would be nowhere. If you have any doubts ask the leader,’’ he said referring to Yediyurappa again.

Title: H D Kumaraswamy to Bommai: 'I am lucky dip CM, what about you?’