Mumbai, Jun 26 (IANS) In a major revelation, Maharashtra Minister Aditya Thackeray on Sunday claimed that Maha Vikas Aghadi's Chief Minister Uddhav Thackeray had offered the CM's post on a platter to his cabinet colleague Eknath Shinde on May 20.

"However, at that time, Shinde had dilly-dallied, was evasive and did not give a proper response... I had heard of some murky goings-on... Exactly a month later on June 20, Shinde and his group started the rebellion in the party," said Thackeray Jr. 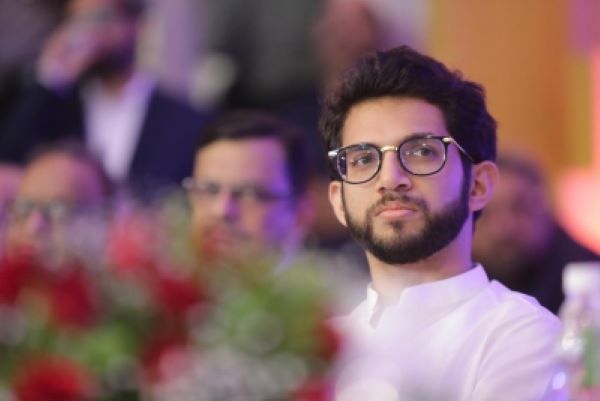 He termed as "good riddance" that all the 'muck' has gone out of the party on its own, now leaving it clean, amid a thunderous round of applause.

Thackeray added that the group of MLAs - currently camping in a five-star hotel in Guwahati - are 'traitors' who will not be taken back into the Shiv Sena.

He also harked on his father and Chief Minister Thackeray's statement that the party's doors are always open for those who desire to leave or for those wanting to return to the party fold.

Aditya's speech is significant as certain reports emerged from Guwahati that the rebels group now wants Shinde to be made the CM, and the Bharatiya Janata Party's central minister Raosaheb Danve-Patil claiming the will form a new government in the state within next 2-3 days.

Issuing a veiled warning to the revolters, Thackeray Jr. also said that the route from Mumbai Airport (Santacruz) to the state Legislature (Nariman Point) goes via Worli.

A traditional Sena bastion in south-central Mumbai, Worli is also the constituency which elected Aditya for the first time in 2019 and thousands had gathered there with tears in their eyes when Thackeray quit the CM's official residence 'Varsha' on June 22 and returned to his private home.

Sena MP and Chief Spokesperson Sanjay Raut dared the breakaway faction to "quit your legislature seats and face the electorate again" if they had the guts.

"If you are the son of 'one father', then show courage, resign your seats, come face us and fight elections against us. We shall defeat all of you," vowed Raut.

He said that just because "the rebels have got Rs 50 crore" doesn't mean that the Shiv Sena is exterminated, vowing the party will fight out and emerge from the mega-crisis threatening to dislodge the MVA.

He said that Shinde lost the post of CM because of the Opposition Bharatiya Janata Party's machinations in 2019.

"Shinde would have been made the CM if the BJP had not backtracked on its formula of sharing the top post for two-and-half years with the Sena after the 2019 elections. If BJP had honoured the understanding, Shinde could have become the CM then," said Raut.

Later, the MVA was born with the three-party alliance - Sena- Nationalist Congress Party-Congress and it was at the insistence of NCP President Sharad Pawar and Congress Congress President Sonia Gandhi that Thackeray landed the CM's post.

"Shinde forfeited the post of CM because of the same BJP he is now terming as a 'Maha-Shakti' and trying to destroy the Shiv Sena," said Raut as part of the Sena's mass-contact drive in the past three days in different parts of Mumbai.

The Aditya-Raut duo also targeted several other MLAs and ministers -- who pretended to be very close to the Thackeray family and behaved like party loyalists -- but "suddenly backstabbed" to leave the same party now which did a lot for them in their lives and political careers.