Mumbai, Jun 25 (IANS): Exasperated Shiv Sena rebel MLAs have alleged that the security cover of around 16 legislators - currently camping in Guwahati - has been abruptly withdrawn, terming it as an illegal move arising out of vendetta.

The affected rebels have also expressed fear that a situation akin to Punjab where the security of several high profile persons was withdrawn by their state government, resulting in their being targeted by the mafia in that state, without naming, referring to the May 29 killing of rap singer Shubhdeep Singh Sidhu alias 'Moosewala'. 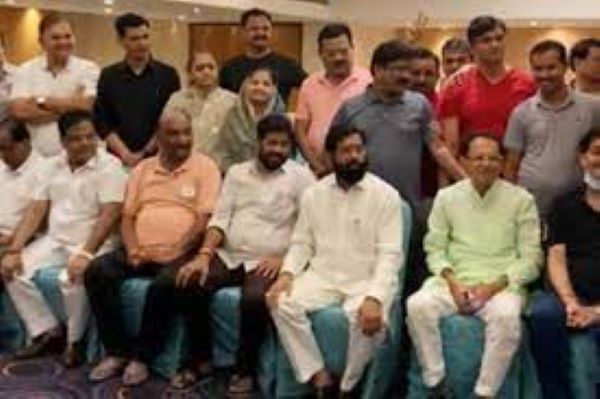 The rebels' group has shot off a letter to Maha Vikas Aghadi (MVA) leaders like Chief Minister Uddhav Thackeray, Home Minister Dilip Walse-Patil, Director-General of Police Rajnish Seth and all police commissioners in the state.

Responding to it, Walse-Patil dismissed the rebels' accusation asserting how "nobody's security cover has been withdrawn" and said instructions have been issued to provide security to the family members as needed.

In the letter, the rebels have claimed that "this sinister move is another attempt to break our resolve and arm twist us to give into the demands of the MVA government comprising of NCP and INC goons".

They contended that the reason to give security is (due) to a threat and not which side of politics they are on, and pointed out that it was because of these unspecified threats they were forced to leave Maharashtra, and the MVA's alleged actions have further compounded the situation.

The rebels have also charged the MVA leaders are allegedly instigating the cadres of their respective parties to indulge in violence against the breakaway MLAs, and accused Sena MP Sanjay Raut of statements that incited the activists.

Demanding immediate reinstatement of their security detail, the rebel MLAs warned that in case of any harm befell their families, then MVA leaders like CM Thackeray, Minister Aaditya Thackeray, Chief Spokesperson Raut and NCP President Sharad Pawar "will be responsible for the same".

Meanwhile, there are reports of attacks on the homes or offices of some rebel Sena MLAs allegedly by Sainiks and police security has been beefed up.