Mumbai, Jun 14 (IANS): A fresh row has erupted in the ruling Maha Vikas Aghadi (MVA) over the country's first underground Gallery of Revolutionaries, to be inaugurated by Prime Minister Narendra Modi at the Raj Bhavan here, on Tuesday afternoon. 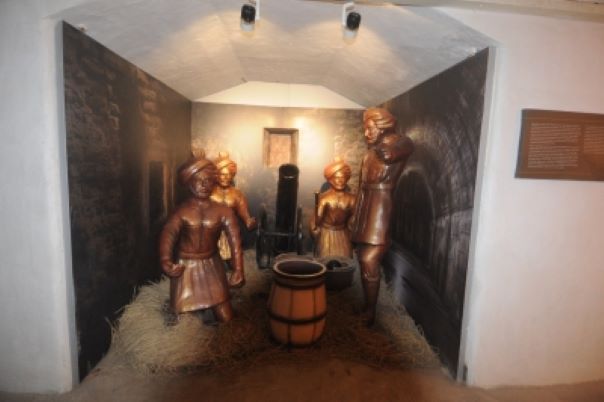 Congress General Secretary Sachin Sawant accused the RSS of trying to undermine the mainstream non-violence freedom struggle and reinvent history of the Independence movement 'to showcase it through a right-wing prism' as it (RSS) was not a part of the freedom movement.

"Mainstream freedom struggle doesn't seem to have a place in this museum although the Indian National Congress (INC) was founded in Mumbai in December 1885. Many sacrificed their lives during the movement. There were a large number of Martyrs even in the Quit India Movement of 1942, launched by Mahatma Gandhi from Mumbai," Sawant pointed out.

He questioned, whether the contributions of stalwarts like S.A. Dange, Babu Genu Said, or Azimullah Khan and other prominent personalities - whose names do not figure in the initial statement released by Raj Bhavan - are duly acknowledged in the Gallery of Revolutionaries or not.

"Since the museum was created under the guidance of (historian) Dr Vikram Sampath, there is a great possibility that the RSS prism may have been used. I hope along with the names announced, the sacrifices of all other revolutionaries get a due recognition and none is excluded on some 'political agenda' in the 75th anniversary of India's Independence," urged Sawant.

Shiv Sena's farmer face Kishore Tiwari - accorded a MoS status - said from what is known about the new museum so far, it "seems to push forth the RSS-right wing agenda" of re-drafting history, as has been witnessed in the past 8 years.

"Everybody knows that the RSS had no role in the Indian Independence Movement. But it's sad how the august office of Raj Bhavan is being used to carry forward its agenda on the Freedom Struggle and attempts are made to erase the contributions of many legendary leaders of the INC, from Gandhiji and Pandit Jawaharlal Nehru, Sardar Vallabhbhai Patel, Maulana Abul Kalam Azad, and other big leaders from various parties, both from Maharashtra and Mumbai," said Tiwari.

NCP Chief Spokesperson Mahesh Tapase said it is expected that when PM Modi inaugurates such a prestigious gallery, it should faithfully feature "the names and contributions of all 'genuine' freedom fighters" who dedicated their lives to the cause of freeing India.

"From information made available by the Governor's secretariat, such names of 'genuine freedom fighters' are missing. Makes one wonder whether Raj Bhavan is being misused to further the agenda of RSS which had no role in the Freedom Movement, and why the BJP is keeping quiet," said Tapase sharply.

Sawant pointed out how the 1857 Uprising was a united fight of the Hindus and Muslims against the British Empire's might which was admitted even by Vinayak Damodar Savarkar.

"We hope names of all the revolutionaries who received penal sentences, and those who did not write mercy petitions will be seen in the museum, plus many from Maharashtra including peasants, workers, tribals, women and youth, many who were sent to the Cellular Jail in Andaman & Nicobar Isles (Kala Paani)," said Sawant.

There will be hundreds of others, known and unknown, who will figure at the museum in later phases, depicting the entire 'Revolution Saga' of 90 years, from the First War of Independence in 1857 to India's Freedom in 1947, assured Raj Bhavan officials.