New Delhi, May 29 (IANS): Ahead of Stockholm+50 and amid growing evidence about the impact of poor air quality on human health, MPs, health professionals and think tanks members from India, Pakistan, Nepal, and Bangladesh on Saturday proposed a regional working group to drive solutions to curb air pollution and lead with innovative climate action in the region.

Stockholm+50 is an international meeting convened by the United Nations General Assembly to be held in Stockholm, Sweden on June 2-3 to commemorate the 1972 United Nations Conference on the Human Environment and celebrate 50 years of global environmental action. 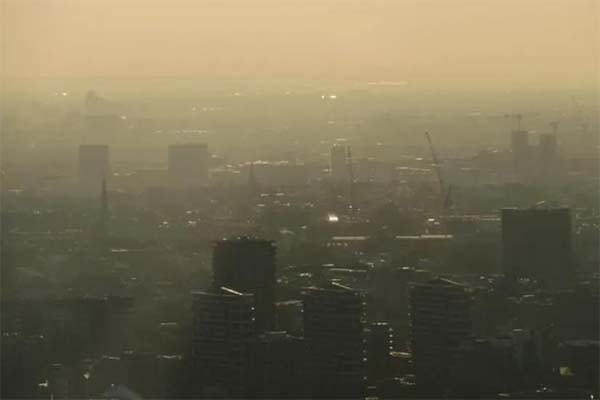 "Parliaments play a very important role to put pressure on the government for them to take responsibility for the air pollution problem. They must take ownership to do their own research and establish the link between health and air pollution. All South Asian governments need to consider that. Given the size of our community, and the common context, we need to have South Asia driven solutions," said Gaurav Gogoi, Member of Parliament from Assam.

This is a second such effort for a regional collaboration of health professionals in responding to the evidence about the impact poor air quality has on human health and pressuring the governments to phase out the use of fossil fuels - one of the largest contributors to air pollution in the region - was among the top discussed things. The first call by medical professionals was made on the occasion of the International Day of Clean Air for Blue Skies on September 7 last year.

"It's time that South Asian countries put aside their differences and come together to tackle air pollution and the climate crisis," he added.

Pakistan MP Riyaz Fatyana said: "Pakistan is badly affected by air pollution, which includes cross-border pollution as well. As a politician I see the need for regional cooperation in working towards a clean environment. We must include this in our manifesto, and work with our local government departments, for implementation of our clean air policies and international treaties."

Dr. Kazi S Bennoor, assistant professor (Respiratory Medicine), National Institute of Diseases of the Chest & Hospital, Dhaka in Bangladesh, said: "The impact on air pollution is increasingly evident among citizens. The burning of fossil fuels is one of the main causes of high levels of air pollution, which causes many chronic respiratory diseases. Women, children, and the elderly both in the rural and urban areas are at high risk."

Expressing that the problem is beyond the boundaries of individual countries, Dr Ramesh Chokhani, President of Nepalese Respiratory Society said: "The health community is an important and powerful voice which can make a difference. We need regional cooperation; we need bold leadership, and we need to work together for better health and the environment to survive the impacts of climate change and air pollution."

The overall tone of deliberations was that on a global scale, coal emissions can travel long distances affecting populations living away from power plants making it a trans-boundary problem; and the South Asian lawmakers need a strong foundation of political will and science to build strong partnerships between governments, academia, industries and community groups.