Bengaluru, May 28 (IANS): Karnataka Chief Minister Basavaraj Bommai on Saturday asked leader of the Opposition Siddaramaiah that he must clarify whether he is an Aryan or Dravidian.

Reacting to attacks by Siddaramaiah on the RSS, he reiterated that Siddaramaiah must clarify where he came from, and on being Dravidian or Aryan? 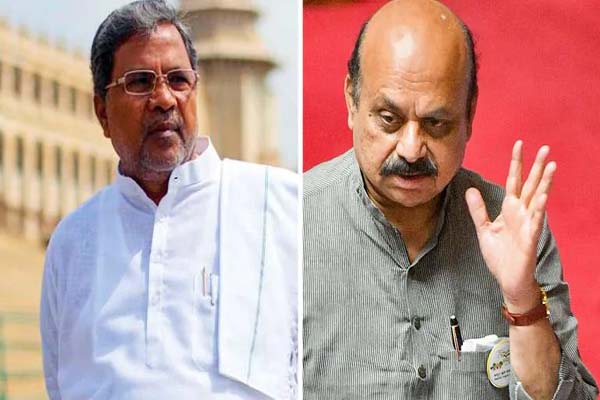 Siddaramaiah on Friday had asked, "Are RSS people native to India? Are Aryans native to this country? It is Dravidians who are originally from this country. Who is responsible for the 600 year rule of Mughals? If Indians stayed united, was it possible for them to rule over us?"

Reacting to the demand to drop Rohith Chakrathirtha from the Textbook Revision Committee, he maintained that he would get inputs from the Education Minister in this regard and take a call.

"There is no need to create controversy on hijab. The court had given its verdict. Everyone should follow court orders, 99.9 per cent of students are abiding by the court orders. Mangaluru University Syndicate has taken a decision on hijab," he said.

"The decisions of the management and administrative authorities must be followed. Even syndicates have to follow court orders. Students must focus on studies rather than hijab," CM Bommai said.

He also warned Maharashtra Ekikarana Samithi (MES) members for attacking Kannadigas. "If they are taking law into their hands it won't be tolerated. If Kannadigas are troubled we will not sit quiet," he warned.

Title: Basavaraj Bommai asks Siddaramaiah to clarify if he is Aryan or Dravidian