According to BSF officials, the BSF Bhuj patrol party on Thursday morning observed the movement of some Pakistani fishing boats near the horizontal channel of Harami Nala, closer to Indo-Pak maritime border. 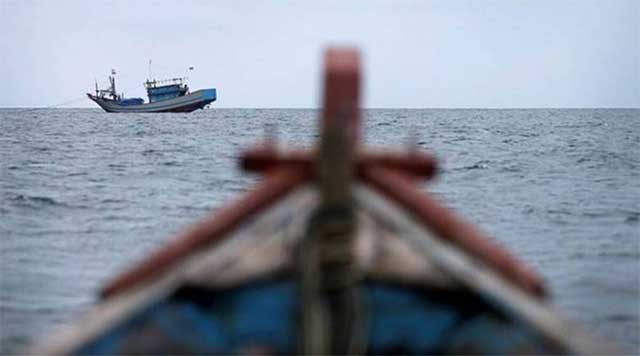 "The Force's patrol party immediately rushed to the spot and seized four locally made Pakistani fishing boats and apprehended two Pakistani fishermen from the horizontal channel of Harami Nala," the officials said.

The seized boats were thoroughly searched and nothing suspicious was recovered from the boats which had fish and fishing equipment. However, BSF has launched an intensive search in the area.

On Wednesday, an abandoned Pakistani boat was found in the same locality. It was thoroughly searched and nothing suspicious was recovered.

The Pakistani fishermen, after seeing BSF approaching them, took advantage of marshy terrain and fled to Pakistani territory. However, the patrol party chased them and seized one Pakistani fishing boat approximately 100 meters inside Indian territory near border pillar no 1160.