Kundapur, May 26: The police have landed on the death note by well-known entrepreneur of Kundapura Katte Bhojanna who shot himself dead on Thursday, May 26.

He has mentioned the names of two businessmen, Ganesh Shetty of Gold Jewellers and broker Hangalur Ismael, in his death note.

In his death note, the deceased has written that he had handed over Rs 3.34 crore and 5 kg gold to them on February 28, 2013. Meetings were held in the presence of Kundapur MLA at least for six to seven times regarding the return of cash and gold but not even a single rupee had been refunded. 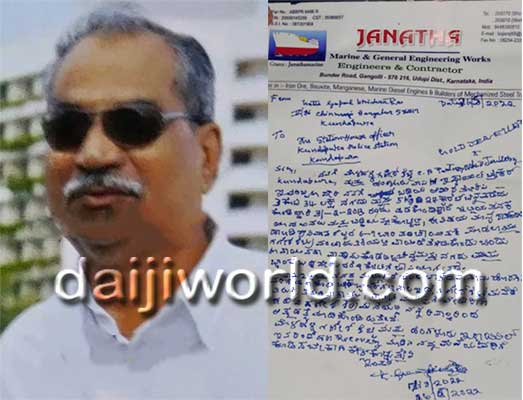 Katte Bhojanna has explained in his death note about the problems that he was facing due to non-payment of cash and return of gold before stating that he was ending his life using a revolver at the sit-out of a house belonging Molahalli Ganesh Shetty.

He has asked his family members to recover the dues after his death. The date on the death note has been erased and rewritten.

Kundapur police are investigating the case on the basis of the  death note.

Kundapur, May 26: In a shocking incident that is reported from Molahalli on Puranik Road near Koteshwar in the taluk, owner of Chinmayi Hospital of the town Katte Bhojanna (80) reportedly ended his life.

Bhojanna, a millionaire, is the owner of several hotels in Bengaluru and owns Chinmayi Hospital in Kundapur. He reportedly killed himself by shooting with his revolver. He ended his life in the sit out of his friend Ganesh Shetty’s house. 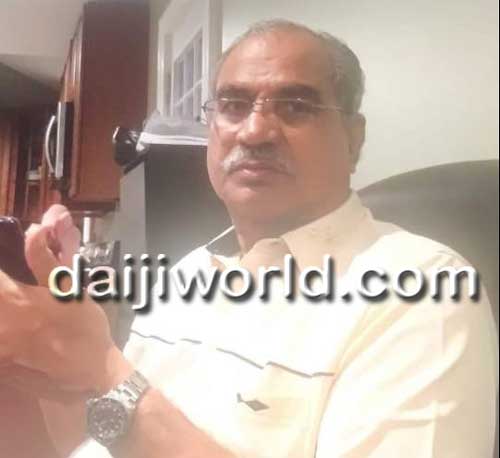 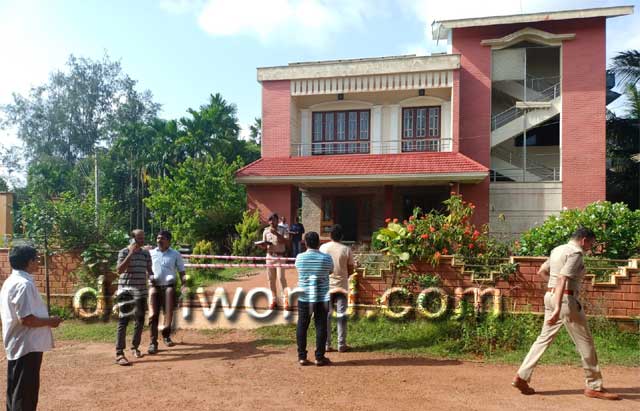 Bhojanna is very well known in the districts of Udupi and Uttara Kannada. According to primary reports, financial distress and land deal is the reason for this extreme step.

Kundapur police have reached the spot and are investigating further.