AAP in Goa raises voice against potholes on Atal Setu

Panaji, May 21 (IANS): Even as the state government has approached IIT-Madras to correct engineering faults in Goa's first cable-stayed bridge, the Opposition has now raised questions about the manner in which the landmark project conceived by former Defence Minister late Manohar Parrikar was hurriedly executed.

The Aam Aadmi Party (AAP) has alleged that 'Atal Setu' cable-stayed bridge in Panaji has become pothole ridden due to the involvement of alleged corruption. IIT-Madras has been given a project to study the reasons for potholes formation on this bridge. 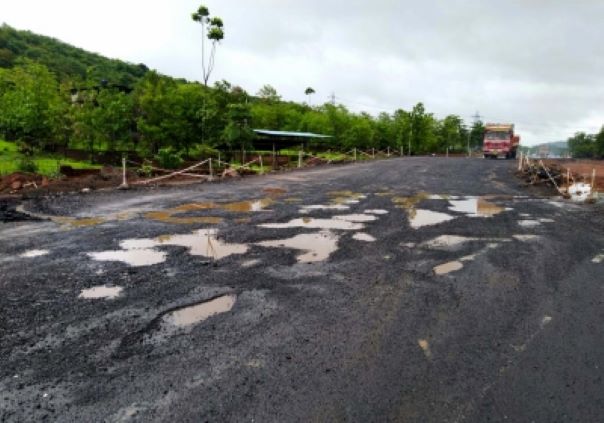 Atal Setu was the dream project by then Chief Minister and former Defence Minister Manohar Parrikar, and was inaugurated by him during his ailing period.

In his speech he had asked people "How's the josh," a reference from the film "Uri", released then.

It was built at a cost of over Rs 830 crore and opened in January 2019. However, in the past two years the issue of potholes has been raised by the Opposition, because of which vehicular are facing problems.

According to PWD Minister Nilesh Cabral, Atal Setu bridge was built by Goa State Infrastructure Development Corporation (GSIDC) and unless the 'defect liability period' comes to end, PWD can't take over it (for maintenance).

Cabral on Wednesday, admitting that potholes are there at some places, had said that his Ministry was keen on purchasing a new machine altogether which can mend potholes in the monsoons.

Reacting to this, AAP vice president Valmiki Naik stated that the road on the Atal Setu has been damaged due to the usage of substandard adhesive.

"The government has been fooling the Goans for the last two-three years by repeatedly fixing potholes," Naik said.

"The only solution to this problem is to remove the existing asphalt and replace it with adequate adhesive," he added.