The young Indian trio of Ridhi, Komalika and Ankita dominated their opponent from Chinese Taipei 6-2 (56-52, 54-51, 54-55, 55-54) in the lopsided playoff after going down against home favourites South Korea in the semifinals with a similar 6-2 scoreline. 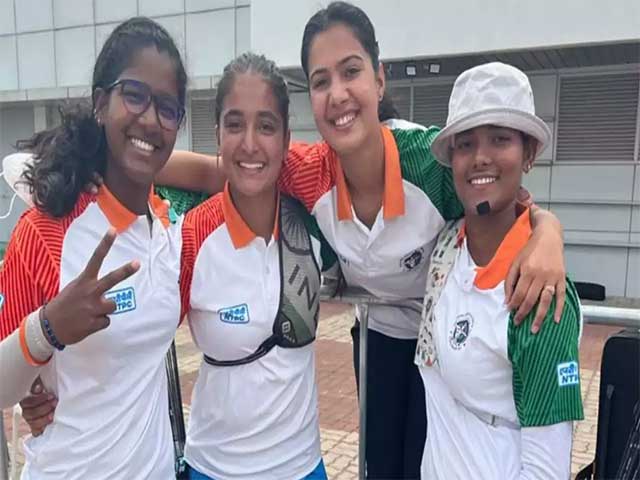 While India women were inconsistent against South Korea, they corrected their ways against Chinese Taipei by scoring three perfect 10s and eight 9s in the first two sets to take a 4-0 lead. The Indian team lost the third set but mounted a comeback and won the match in the fourth set with one 10 and five 9s.

This was the second bronze medal for India at the Archery World Cup in Gwangju. Earlier on Wednesday, the women's compound team comprising Avneet Kaur, Muskan Kirar and Priya Gurjar had won the bronze, an olympics.com report said.

However, the Indian men's recurve team of Olympians Tarundeep Rai and Jayanta Talukdar along with debutant Neeraj Chauhan were eliminated in the quarterfinals after losing to lower-ranked France 2-6.