US health secretary tests positive for Covid on Germany trip

Washington, May 19 (IANS): US Health and Human Services Secretary Xavier Becerra tested positive for Covid while visiting Germany, according to a spokesperson.

The diagnosis was reported ahead of a Group of Seven (G7) meeting for health ministers in Berlin in the morning, the spokesperson said, Xinhua news agency reported. 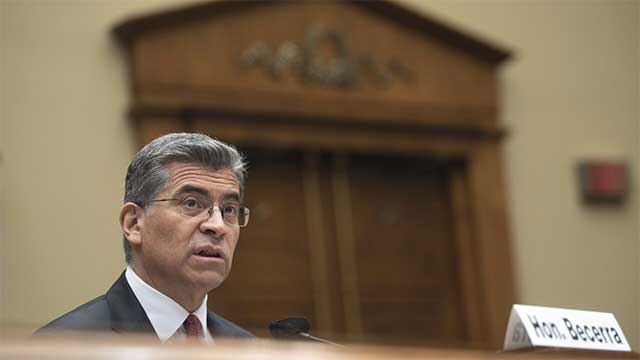 Becerra, 64, is fully vaccinated and boosted against the virus, and "is experiencing mild symptoms," the spokesperson added, noting that the official will work in isolation in Berlin.

The spokesperson also said Becerra "most recently visited the White House last week on Thursday and President Biden is not considered a close contact as defined by the US Centers for Disease Control and Prevention (CDC)."

The CDC defines a close contact as someone who is less than six feet (1.8 meters) away from an infected individual for more than 15 minutes.

A number of Biden administration officials - including Vice President Kamala Harris and Secretary of State Antony Blinken - have recently contracted Covid-19, as the pandemic is resurging across the United States.

White House press secretary Karine Jean-Pierre told reporters on Wednesday that Joe Biden "tests regularly throughout the week as part of a cadence determined by his doctor."

The United States has reported nearly 83 million Covid-19 cases and one million deaths, according to the latest data from Johns Hopkins University.

Former US CDC Director Tom Frieden tweeted on Wednesday that COVID-19 "has claimed more than 1 million American lives - more than any war in our history."

"Yet we spend about 300-500 times less on our health defense than we do on our military defence," said Frieden.