The competition was inaugurated by lightning the lamp. 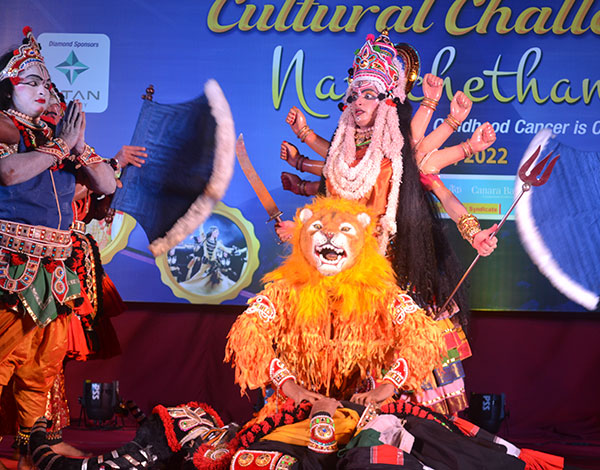 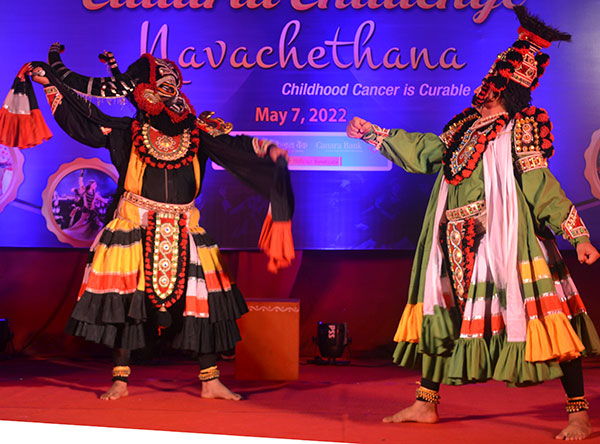 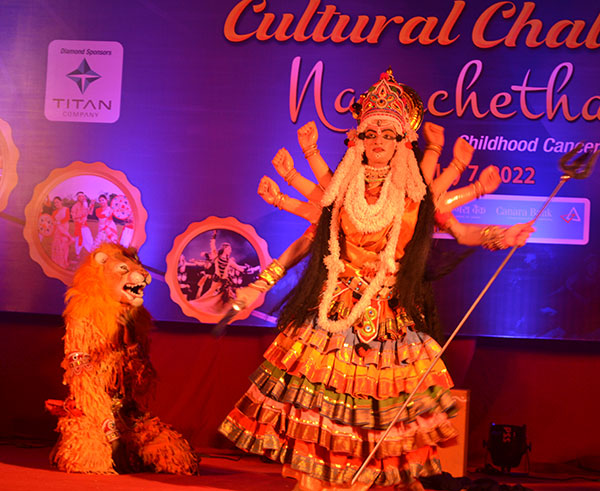 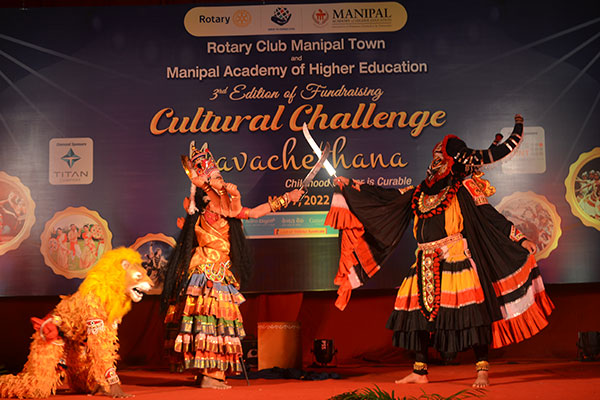 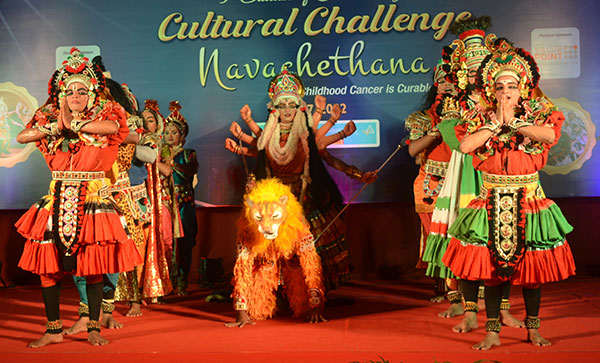 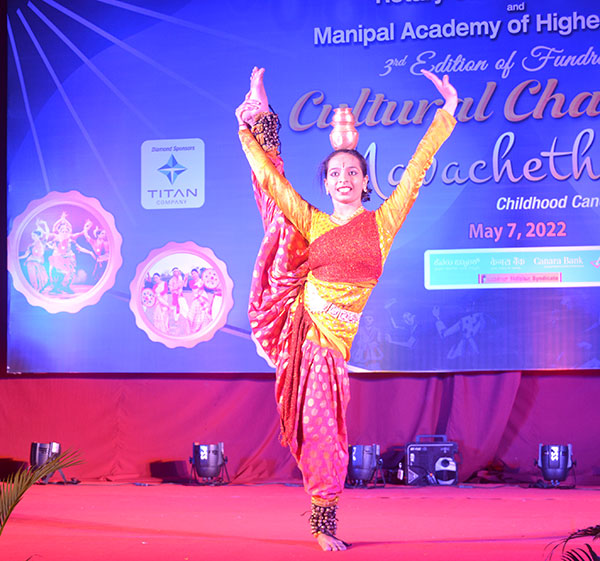 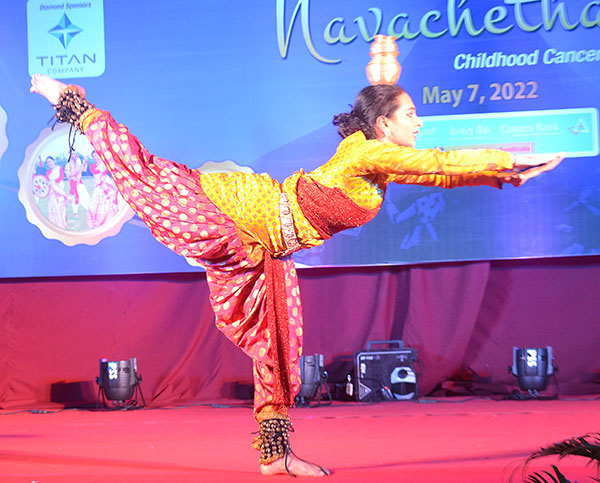 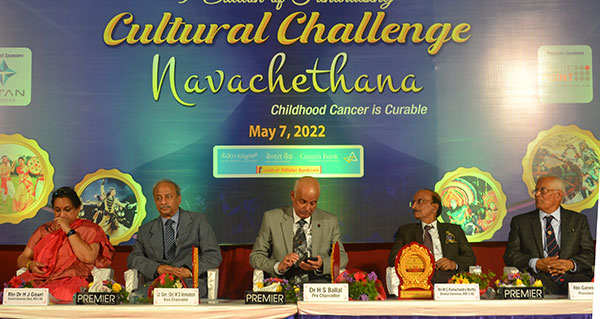 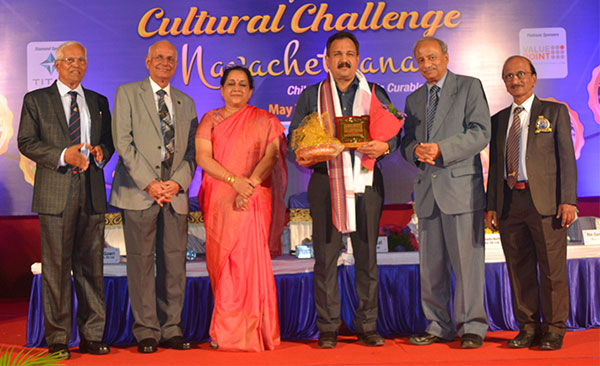 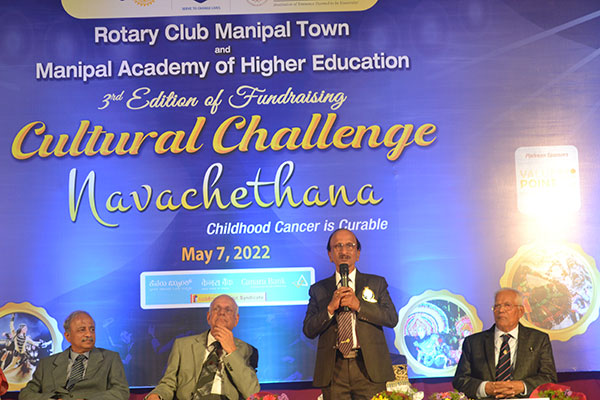 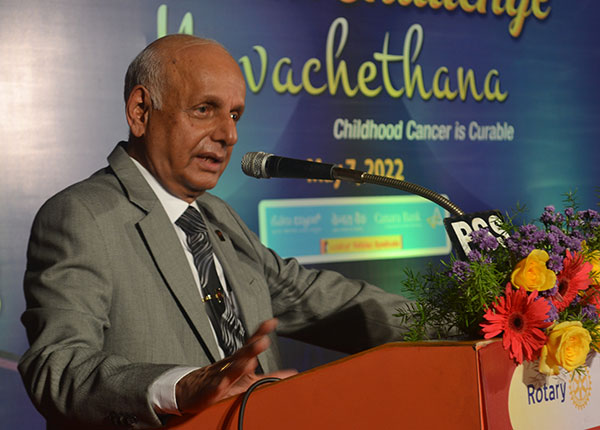 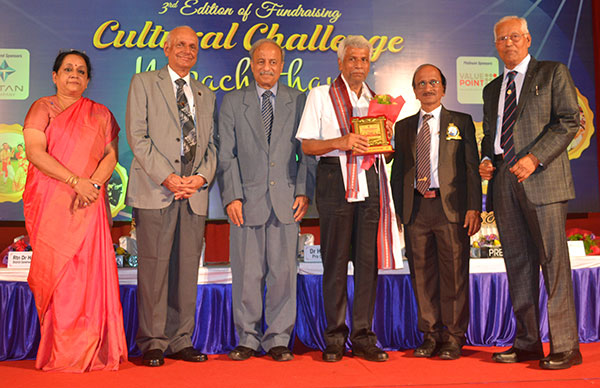 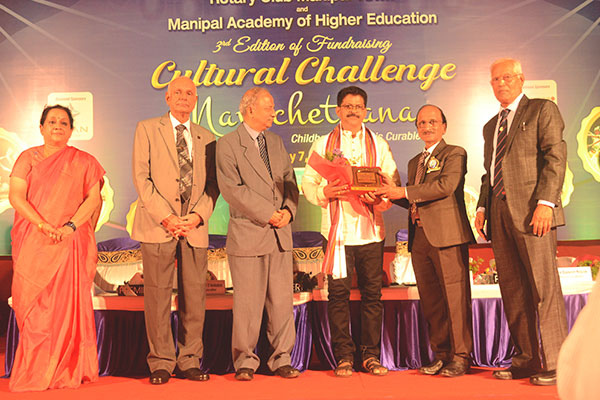 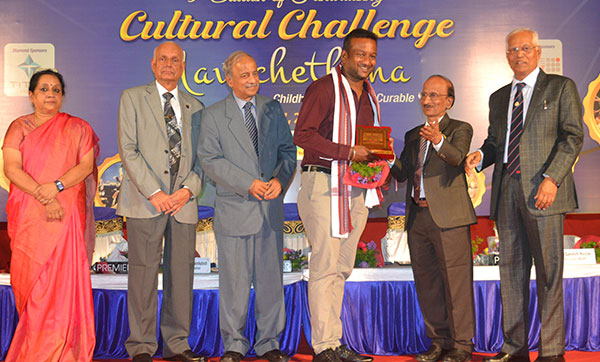 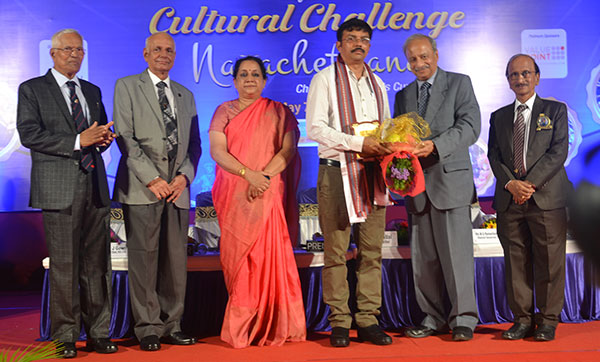 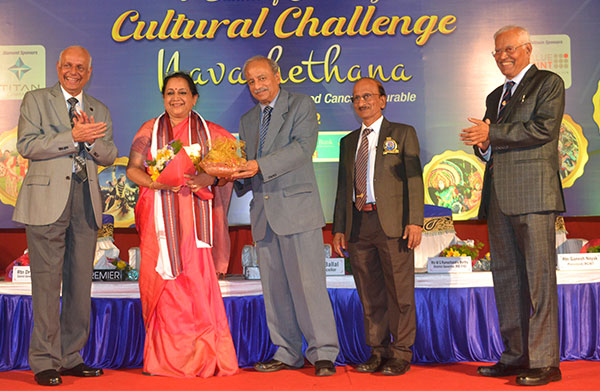 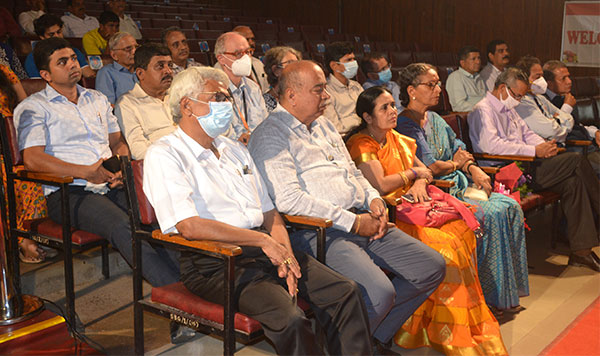 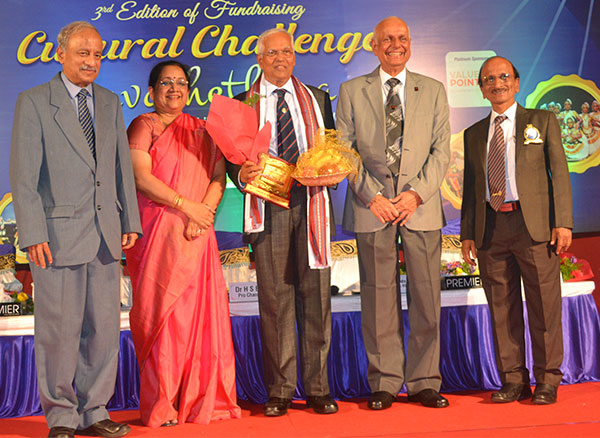 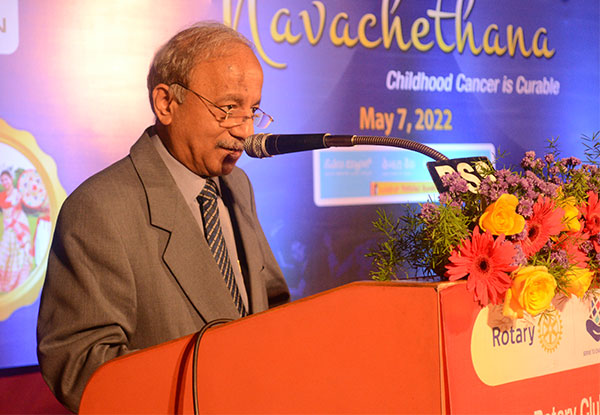 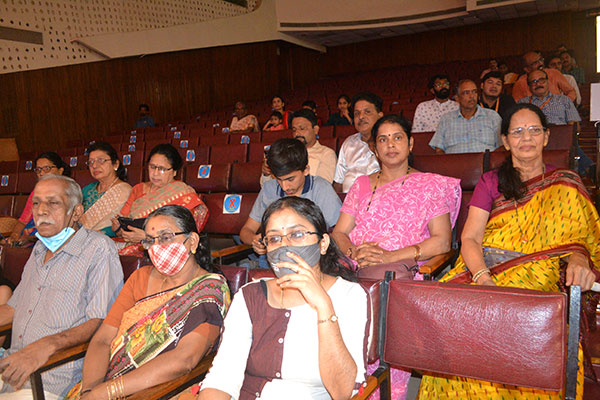 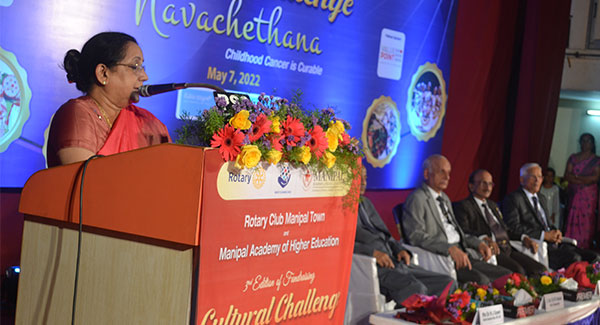 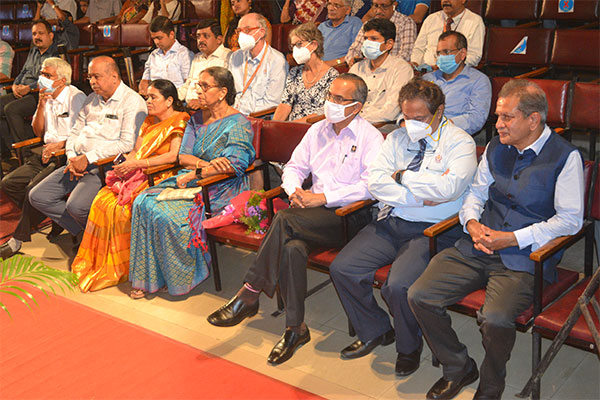 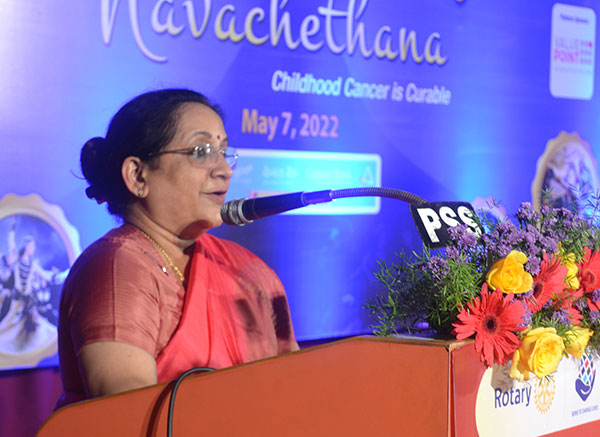 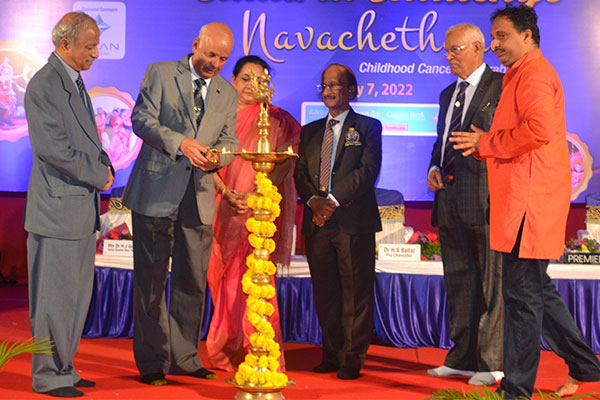 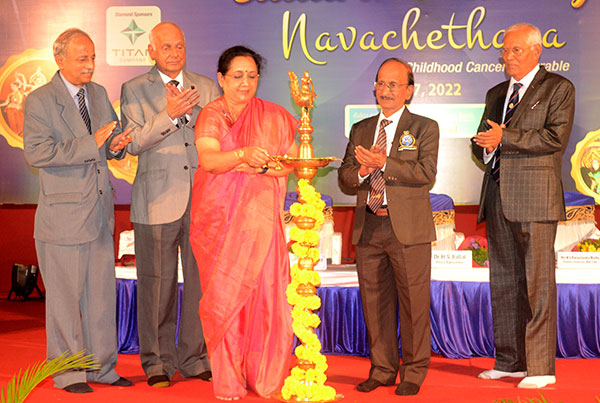 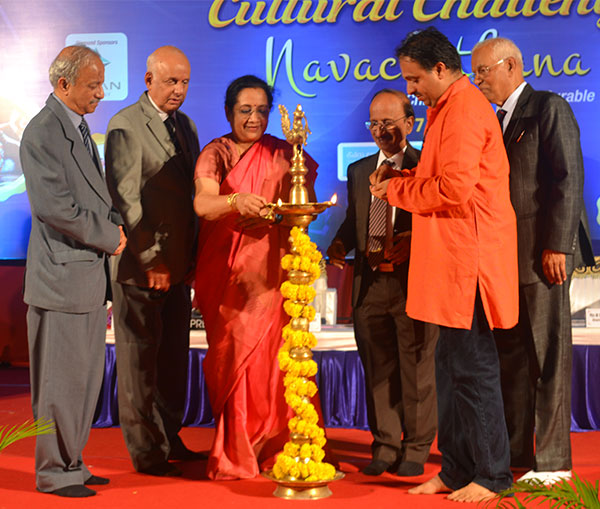 A brief report about the project was presented by Rtn. Dr Shreedhar D.

In her address, Dr Jaya Gowri appreciated RCMT as this program came as a hope for child cancer patients.

In his address, Dr Venkatesh, Vice Chancellor lauded and appreciated the efforts of fund raising and assured a matching grant on behalf of MAHE.

Rtn Dr Gurumurthy S was honoured and recognized for collecting funds through chess training to kids.

Pro Chancellor Dr H S Ballal also expressed his support towards this noble cause and wished the Rotary club to achieve their target fund of Rs 1 crore. “Cancer is curable. Nàvachethana itself says is new life. So, I wish it will give a new life to cancer patients, only when it is diagnosed at the early stage,” he said.

The cultural programme started with the inaugural dance by Hansini Upadyaya from Bhargavi group followed by various performances by other dance troupes.

The programme began with the invocation by Annette Shravya Basri and a warm welcome by RCMT president Rtn Ganesh Nayak.

Rtn Dr Sesappa Rai concluded the stage programme with his vote of thanks.

The Platinum sponsors, diamond sponsors, gold sponsors, silver sponsors as well as bronze sponsors were facilitated by the dignitaries on the dais.

Teams that won were as follows: