Covid: Experts yet to press panic button even as cases rise in India

New Delhi, May 2 (IANS): Despite the presence of several Omicron sub variants and even the recombinant XE variant, the number of fresh Covid infections in India are relatively low with most states reporting less than 1,000 new cases per week. Immunity from vaccination and previous infections are acting as a major deterrent, said experts here on Monday.

India on Monday reported 3,157 new Covid-19 cases, a decline from the 3,324 infections registered the previous day, according to the Union Health Ministry. 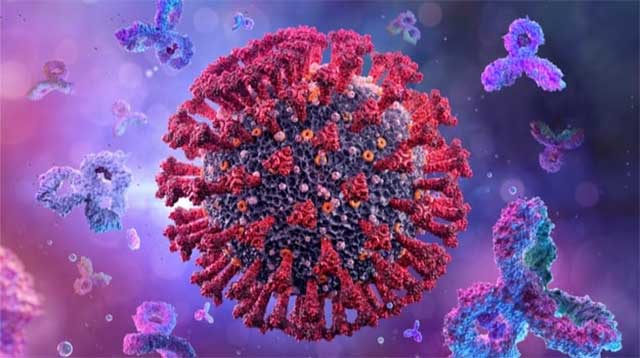 "Wide coverage with vaccines in India along with immunity provided by prior infection (second and third wave) is providing protection from infections and severe disease," she added.

While the rise in case numbers was indicative of a fourth wave, the Indian Council of Medical Research (ICMR) denied this, calling it a "local spike".

"Some surges have been observed at district levels. This is called a blip... Blips are confined to certain geographical regions of the country," Samiran Panda, Additional Director General of the ICMR, had said in an exclusive interview to IANS.

He explained that the surge has been found at some local levels which is due to the testing ratio and thus one cannot say that entire states are under the grip of Covid. Further, he noted that there is no increase in the hospital admission across the country.

According to Dr Viny Kantroo, Consultant, Respiratory, Critical Care and Sleep Sciences at Indraprastha Apollo Hospitals, New Delhi, many people are getting "asymptomatic" infections and those with infections present mild conditions such as cold, cough, upper respiratory infections, which in majority cases "gets better on the third day".

"The other thing is that there might be a lot of home tests that might be happening and people might not be reporting their infections," Kantroo told IANS.

"During the last wave also we had the BA2 variant where a considerable population got infected and so that may be the reason that the newer variants which have already mutated to a level which are milder infections may not cause a lot of problems," she added.

However, the experts warned not to "lower the guard".

Even with mild infections we can "spread it to those who have comorbidities, hence we need to be careful". They urged people to take the booster dose of vaccines and continue with preventive measures like masks.

Title: Covid: Experts yet to press panic button even as cases rise in India