Mumbai, May 2: Kannadiga Patrakartara Sangha, Maharashtra held their special general body meeting to adopt their amended bye-law and elect their new office bearers for the period 2022-2025 at Club House auditorium, Solitaire Corporate Park, Andheri east at 10.30 am on May 1, 2022.

Rons Bantwal, president of the sangha who presided over the meeting, said that success does not mean our growth or increase in our earnings but the number of people who obtained help from our growth. “Our committee has stood by the members and proved it during the difficult period of Coronavirus. Though faith is a small word, it has amazing results in life. Unfortunately we have suspicion on faith and faith on suspicions. Therefore, the progress of groups and associations is becoming impossible,” he said. 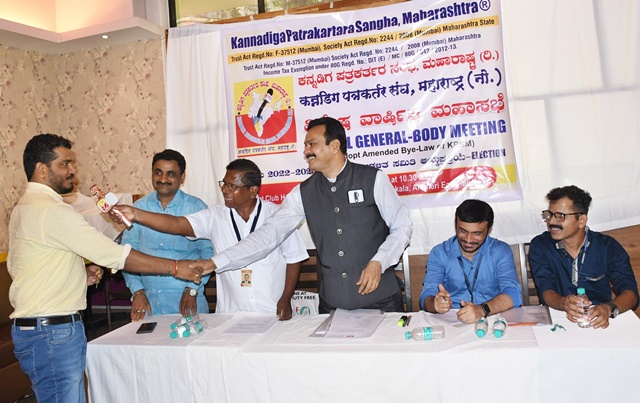 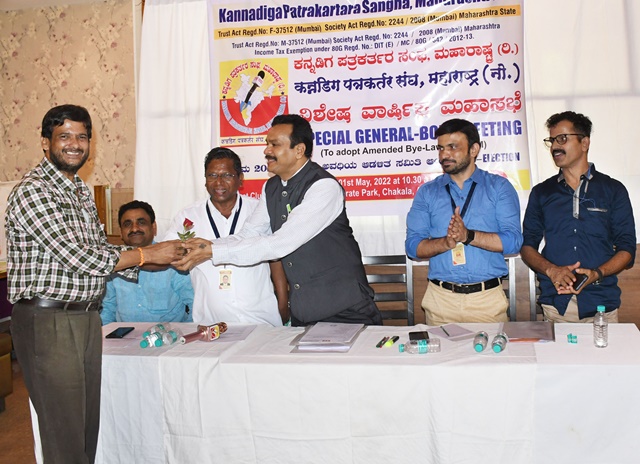 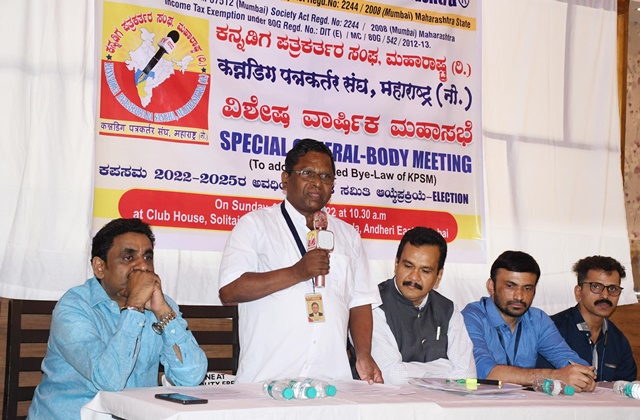 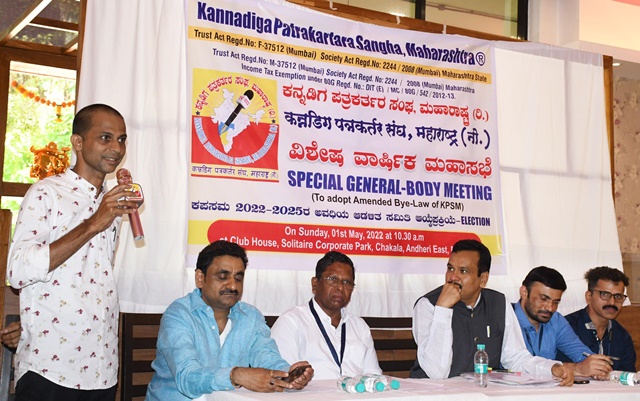 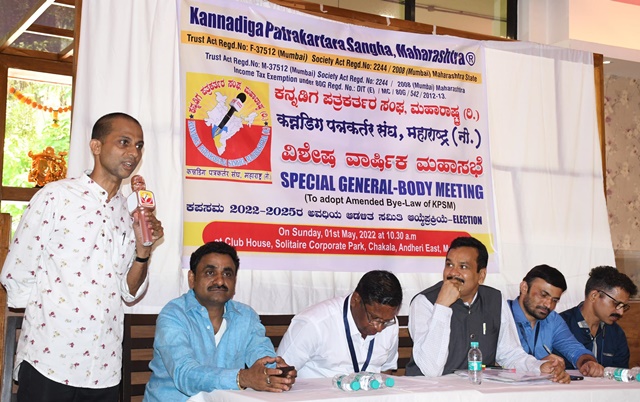 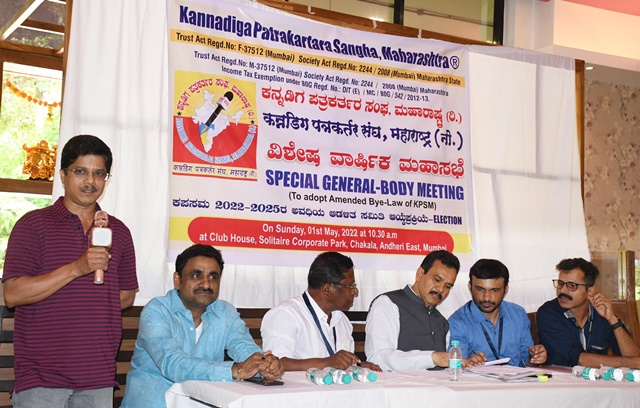 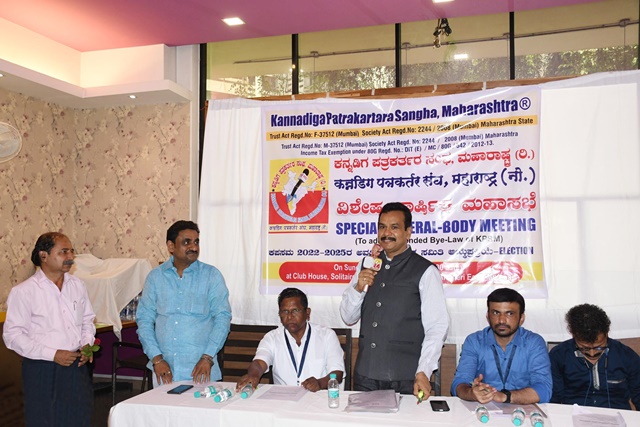 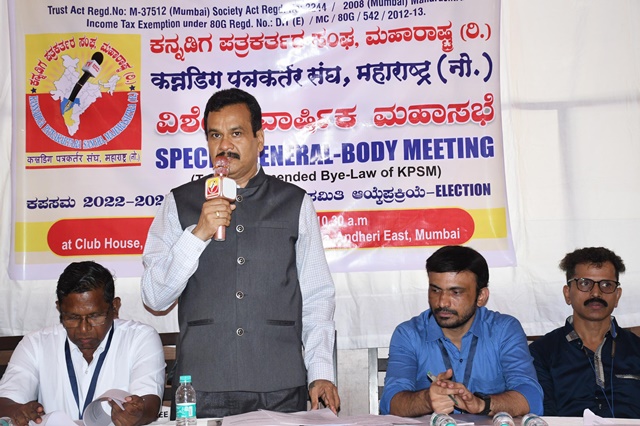 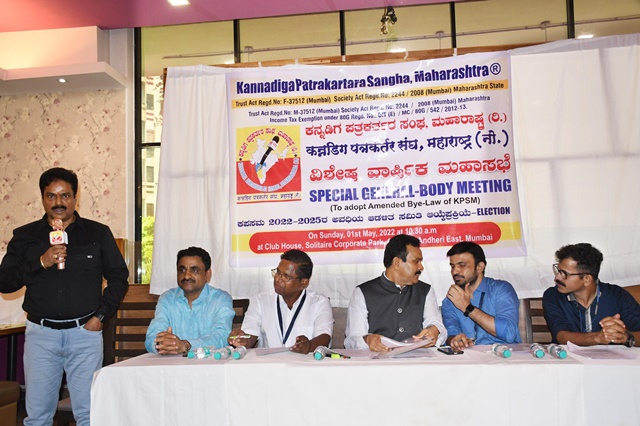 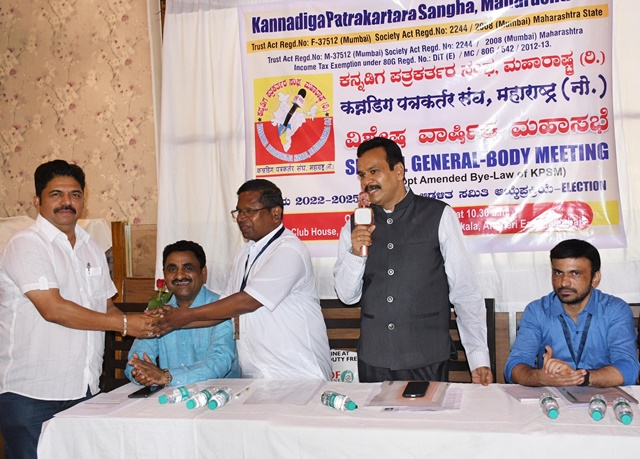 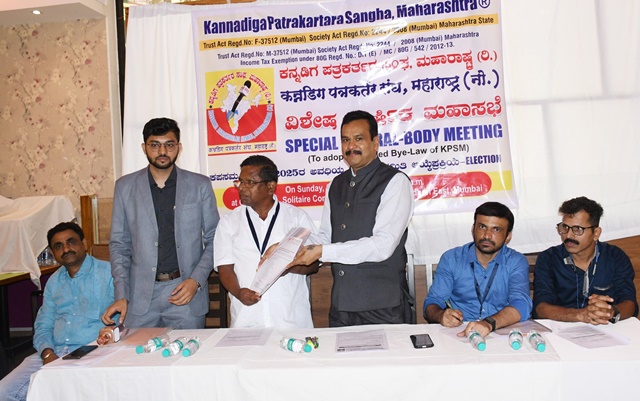 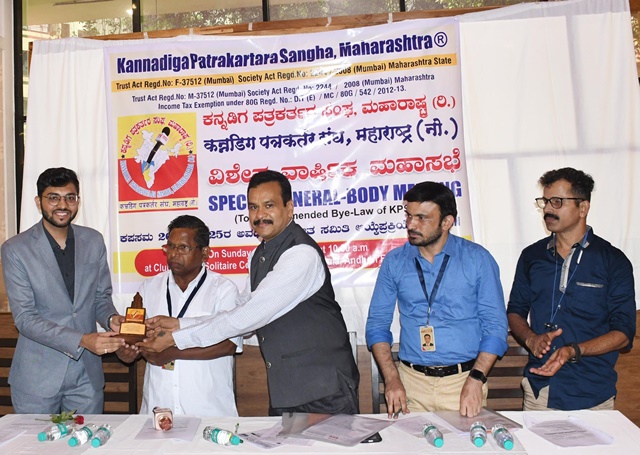 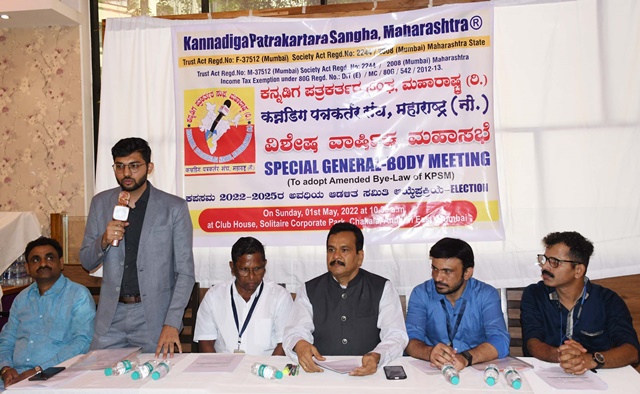 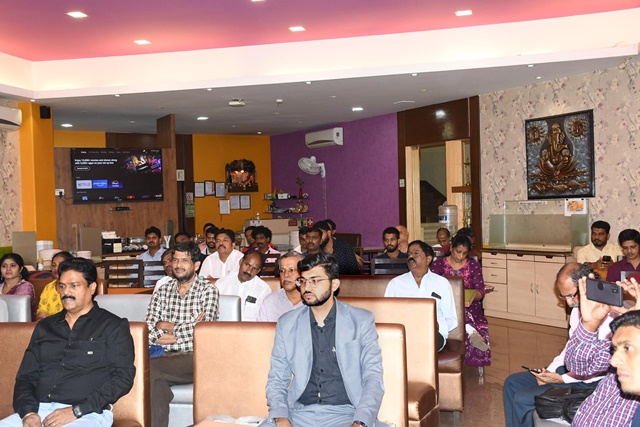 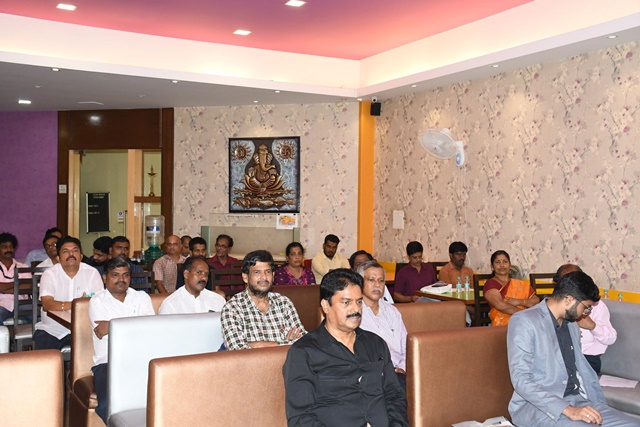 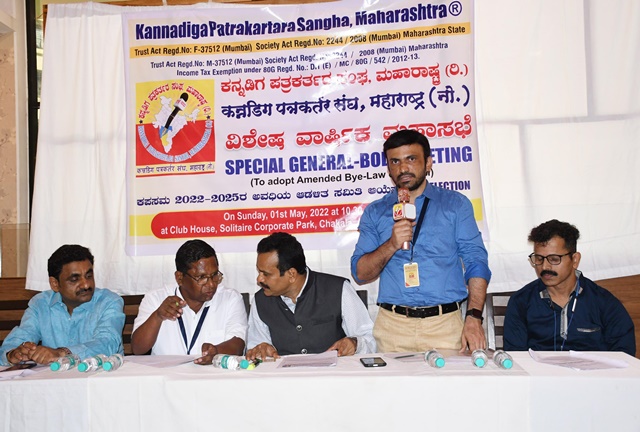 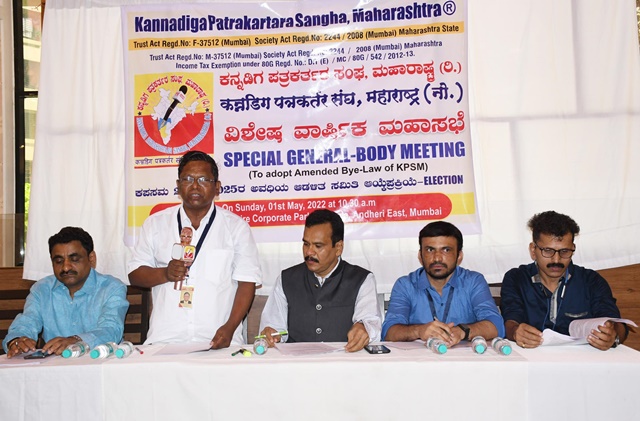 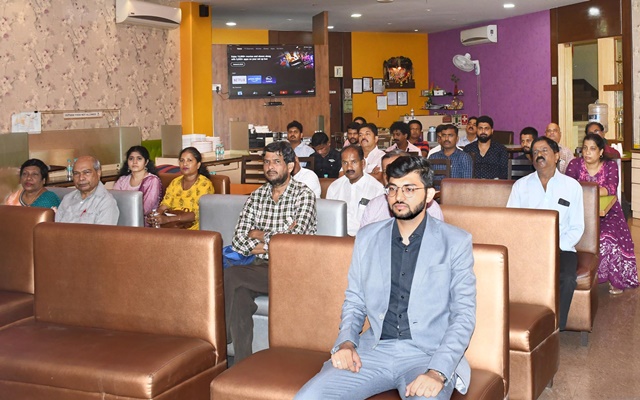 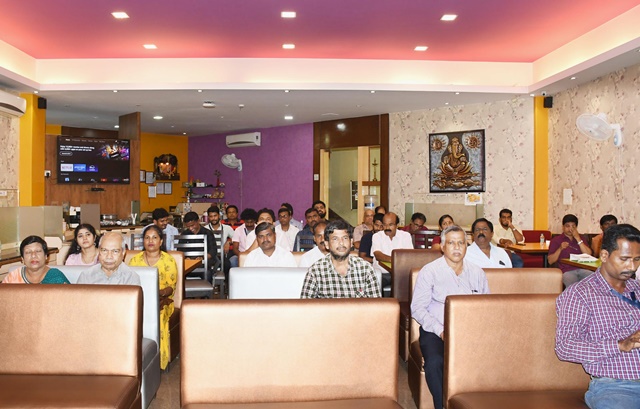 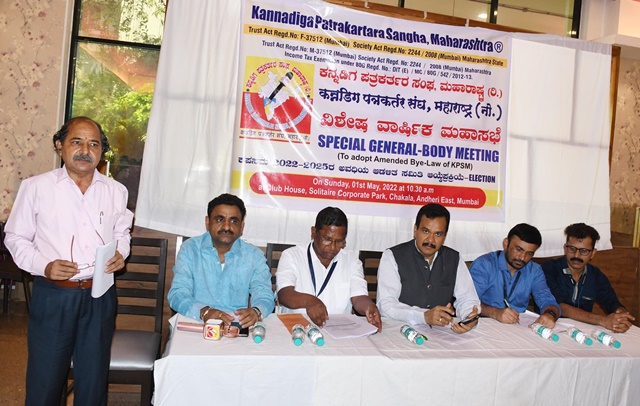 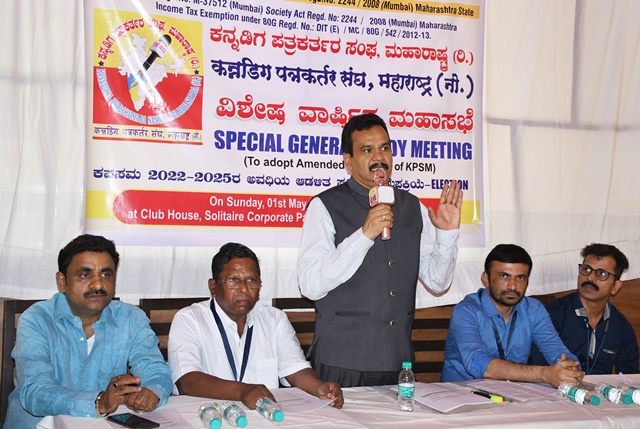 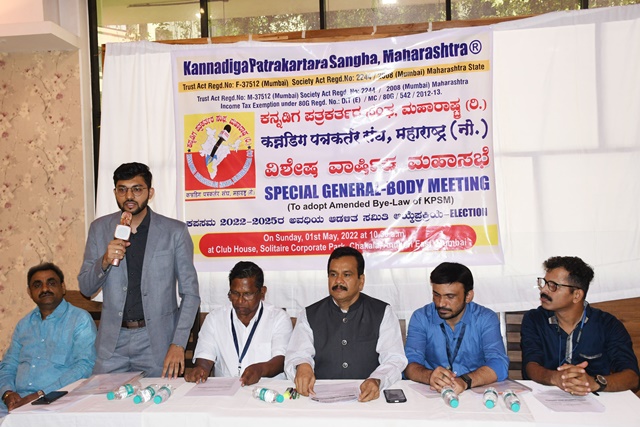 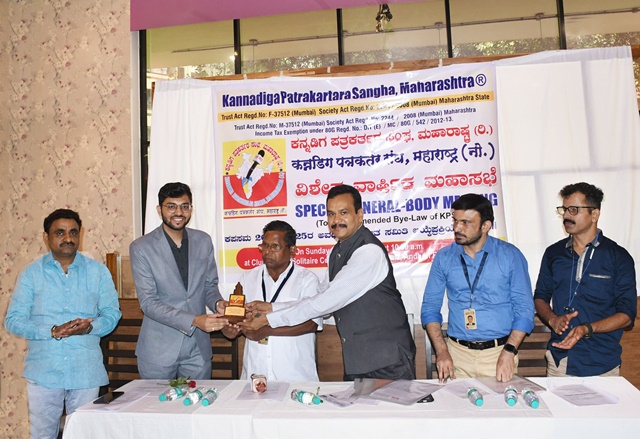 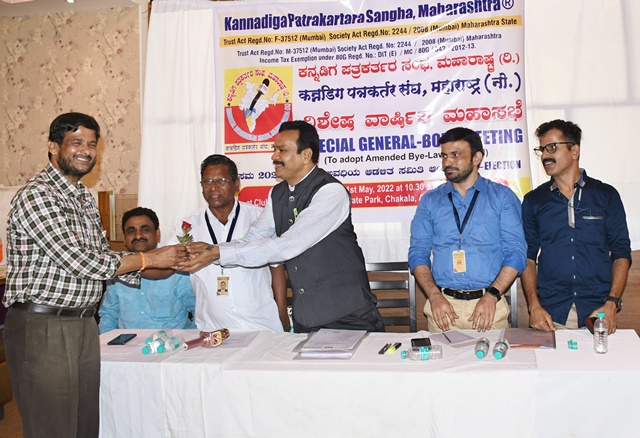 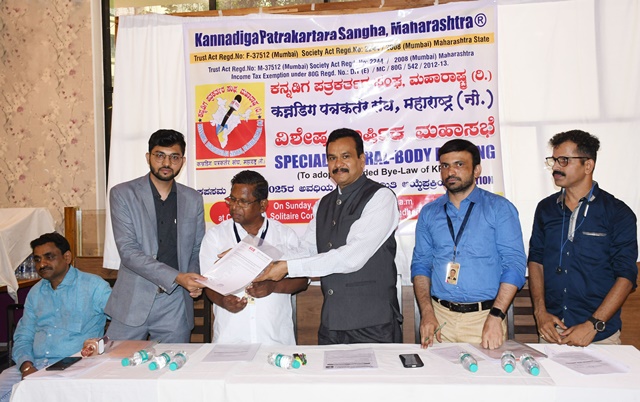 The bye laws of the sangha were amended in the first part of the meeting. S Daya who took the responsibility of the amendments explained a few print mistakes and corrections. The meeting approved the amendments unanimously later.

The elections for 16 members for the period 2022-2025 were held in the second part of the meeting. Specially invited member, election officer assigned CA Jagadish B Shetty conducted the elections. As only 16 members had submitted the nominations, he announced that all the 16 members were elected unanimously. Manager of the firm, CA Saurabh Bhataviya who was present in the absence of CA Jagadish announced the list of winning candidates.

Ashok Suvarna said that the amendments to the bye laws of the sangha and election progress of members for the term 2022-2025 on May 1, the Maharashtra anniversary day is a good sign. “Newspapers are like the wealth of society. It is the principle of journalism to see everybody as equal without distinction. I am proud that the bye laws of the sangha are amended and approved during my term as the honorary chief secretary. Being with the members during the difficult period of the Corona pandemic, providing monetary help and helping victims of landslide and floods in Belthangady is a witness to our service orientation. May similar service continue from the sangha,” he said.