Leader of Opposition (Council) Pravin Darekar categorically said it was the Rana couple's initiative and the BJP had "nothing to do with it".

The Ranas reached Mumbai from Amravati ostensibly to recite 'Hanuman Chalisa' outside the private residence of Chief Minister Thackeray, 'Matoshri' in Bandra east and to 'remind' him of the 'Hindutva' he had allegedly abandoned by allying Shiv Sena with Nationalist Congress Party-Congress. 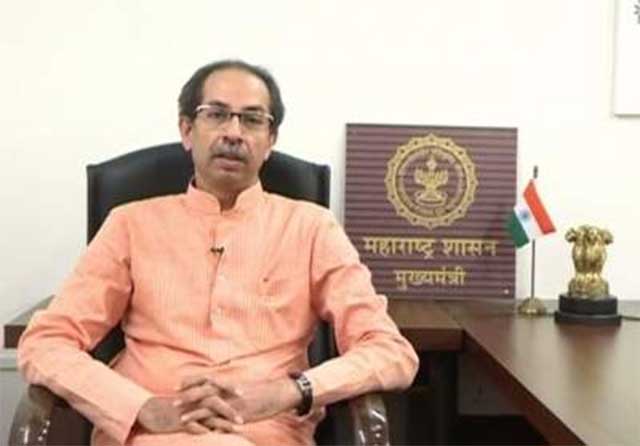 However, a Kherwadi Police Station team rushed to the Ranas home in Khar and slapped prohibitory orders on them under CrPC Sec. 149.

"Let them come here and render 'Hanuma Chalisa', we are ready to serve them 'Maha Prasad' (a beating) in Shiv Sena style," warned Desai.

Parab warned that if the Rana couple tried to target the Thackeray's home, Shiv Sainiks will not keep quiet and "give them a befitting reply."

In Nagpur, Sena MP and Chief Spokesperson Sanjay Raut dismissed the Ranas as 'Bunty and Babli' who have reached Mumbai to perform 'stunts' to please their political bosses.

Pednekar said those who cannot win elections without the support of the BJP are now trying to foment trouble for Maha Vikas Aghadi government with such 'nautanki' (dramatics) to divert attention from the country's major problems like inflation, fuel price hikes and unemployment.

"Their whole game-plan is to create disturbances in Maharashtra and impose President's rule and declare Mumbai as a Union Territory ahead of the upcoming civic elections. They have no courage to do this in BJP-ruled states," Pednekar said.

Taking a cue from the planned 'Hanuman Chalisa' crusade outside mosques of Maharashtra Navnirman Sena (MNS) President Raj Thackeray, the Rana couple jumped into the controversy with their own brand of imparting 'Hindutva' lessons to Thackeray.

Barred by the police notice, the Ranas plan to address their stance through a media conference later this afternoon giving anxious moments to the law-enforcing authorities.