Mumbai, Apr 21: Famous Bollywood star Akshay Kumar has apoligised to fans and well-wishers after people on social media trolled him for appearing in an advertisement for a mouth freshener.

The advertisement had become controversial as the product that th actor promoted is said to contain tobacco. Most twitter users said that the actor was known to be a fitness freak and questioned how could he, a celebrity, endorse a product that contain tobacco?

Taking to Twitter, Akshay Kumar said, “I’m sorry, Iwould like to apologise to you, all my fans and well wishers. Your reaction over the past few days has deeply affected me. While I have not and will not endorse tobacco, I respect the outpouring of your feelings in light of my association with the product. With all humanity I step back”. 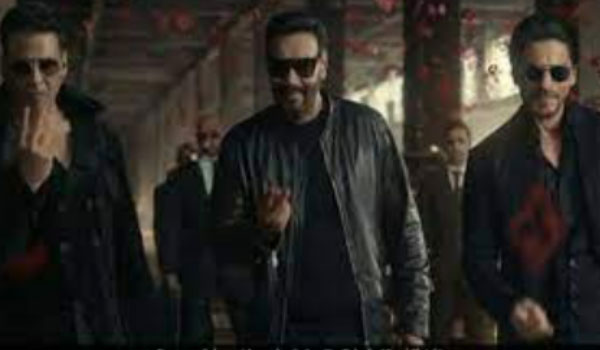 I have decided to contribute the entire endorsement fee towards a worthy cause. The brand may continue airing the advertisement till the legal duration of the contract that is binding upon me, but I promise to be extremely mindful in making future choices. In return, I shall forever continue to ask for your love and wishes”, the actor added.

“I have no words to condemn the way Akshay Kumar has joined the gang of Amitabh Bachchan, Shah Rukh Khan and Ajay Devgan to promote cancer through a surrogate advt of tobacco product. Ironically, all these people are Padma award winners,” Salkar had Tweeted.

“While @PMOIndia is working overtime to make India healthy through Fit India movement, the entire mission is humiliated by these so-called influencers with their surrogate advt trapping the younger generation into tobacco consumption. Do these actors really deserve Padmashri,” asked Salkar, who is also an office-bearer of the National Organisation for Tobacco Eradication.

“People have put their faith in these disgraced, dishononurable actors who have sold their soul and ethics to make money at the cost of minds of innocent youth who emulate them and get adversely influenced and initiated to tobacco consumption,” he added.

“Bachchan is the recipient of the Padma Vibhushan award, while Khan, Devgn and Akshay Kumar have been awarded the Padmashri award, the country's fourth highest civilian honour”.

Except for Akshay Kumar, no reaction has been received thus far from the other actors named by Shekhar Salkar.

Rajiv Hari Om Bhatia, known professionally as Akshay Kumar, is an Indian-born naturalised Canadian actor, film producer, martial artist and television personality. Over 29 years, Kumar has appeared in over 100 films and has won several awards, including a National Film Award for Best Actor and two Filmfare Awards. Kumar is one of the most prolific actors of Hindi cinema. Having starred in 113 films, 52 of which were commercially successful, he was the first Bollywood actor whose films' domestic net lifetime collections crossed Rs. 20 billion (US$260 million) by 2013, and Rs. 30 billion (US$390 million) by 2016.

He is married to Twinkle Khanna, has two children and is said to be close to PM Narendra Modi.