Maha: Police nod compulsory for loudspeakers at all religious places

Mumbai, Apr 18 (IANS): In a significant move, the Maha Vikas Aghadi (MVA) government has made police permission compulsory for using loudspeakers at all religious places in the state, Home Minister Dilip Walse-Patil said here on Monday.

Any unauthorised use of loudspeakers at all religious places or religious functions would invite strict punitive action against the violators, he added. 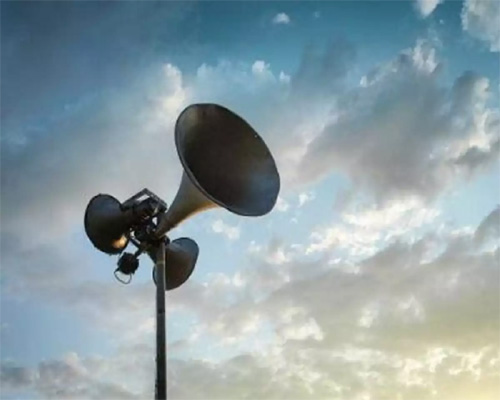 Walse-Patil said that a detailed notification on the proposal with the guidelines would be issued in the next couple of days by the home department.

The MVA decision comes amid a raging controversy over the use of loudspeakers at mosques raked up last week by the Opposition Maharashtra Navnirman Sena (MNS) President Raj Thackeray and endorsed by activists of the Bharatiya Janata Party.

Among other things, Raj Thackeray had issued an 'ultimatum' of May 3 to the state government to ensure all mosques' loudspeakers are "silenced or dismantled", failing which the MNS workers would blare out Hanuman Chalisa on loudspeakers outside mosques in retaliation, raising apprehensions of a law-and-order situation.

Under fire from various quarters, Raj Thackeay on Sunday clarified that he was not against religious activities but only opposing the use of loudspeakers which had social and health implications for all people.