The viewers can now watch the movie at Rs 149 per show in on Localwood. The movie will be available for 24 hours from the moment once you start viewing the show and not from the moment payment is made.

Harry Fernandes directorial family entertainer 'Sophiya' had emerged as the biggest Konkani opener at the Box Office. In fact, the movie went on to collect a massive collection on its opening week to become the first ever Konkani film to do so. 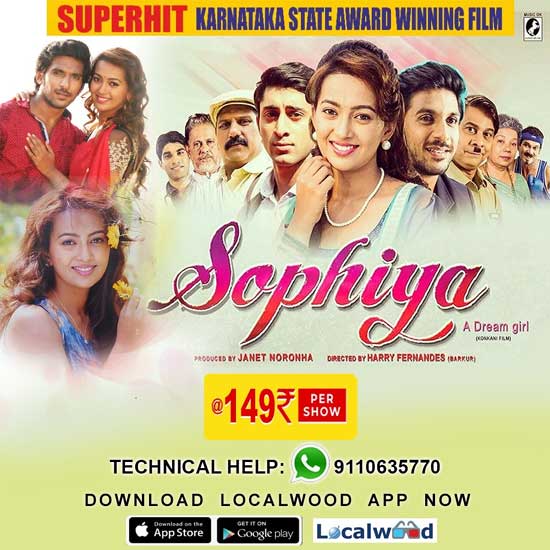 'Sophiya' stars choreographer-turned-actor Elton Mascarenhas along with Ester Noronha. Apart from remarkable acting from all artistes, the film has been praised for Harry's direction and Shafiq Sheik's cinematography.