"There are 5 sub-variants of Omicron being observed around the world. We are watching two -- BA.4 and BA.5," the Department's spokesperson Foster Mohale told Xinhua. 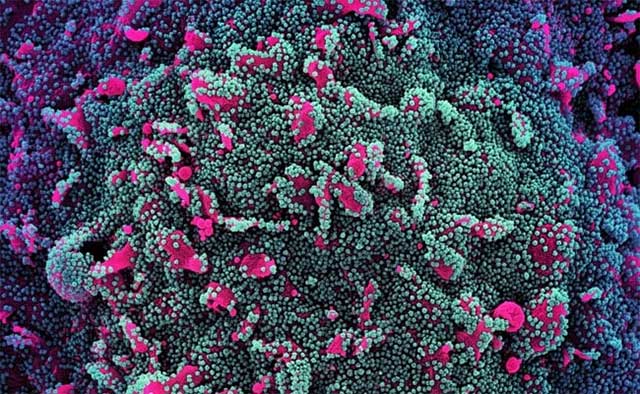 "The dominance of BA.4 has not resulted in a change in transmission rate or severity. These sub-variants are not causing nor are they going to cause the 5th wave," he said.

The department said that it was expecting the fifth wave of the pandemic by the end of May.

Professor Tulio de Oliveira of the University of KwaZulu-Natal also talked about the new subvariants but said no cause for concern.

"New Omicron BA.4 and BA.5 detected in South Africa, Botswana, Belgium, Germany, Denmark, and the UK. Early indications that these new sublineages are increasing as a share of genomically confirmed cases in SA. No cause for alarm as no major spike in cases, admissions or deaths in SA," he tweeted.

Infectious disease epidemiologist Abdul Karim told SAfm Radio that the variant that would replace the Omicron would spread much more quickly. There was no way to predict whether the new variant would be severe or mild.

"Each new variant has been able to spread faster than the one before it," he said.

As a result of the Beta and Delta variants, the second and third waves in South Africa were more severe, while the fourth wave associated with an Omicron variant had fewer hospitalizations and deaths.

The National Institute for Communicable Diseases said Tuesday that South Africa detected 1,291 new Covid cases in the last 24 hours which represented a 5.6 per cent positivity rate. There were two deaths over the same period, which brought the total fatalities to 100,116.