Udupi, Apr 12: Former minister Pramod Madhwaraj met chief minister (CM) Basavaraj Bommai during his visit to the city and submitted an appeal on behalf of Talavara community of Uttara Kannada.

Pramod Madhwaraj said, “Union government has considered Talavara community of Uttara Kannada as Scheduled Tribe (ST) in its Gazette Notification. But they are still not getting caste certificate. That is why I have submitted an appeal to the CM. 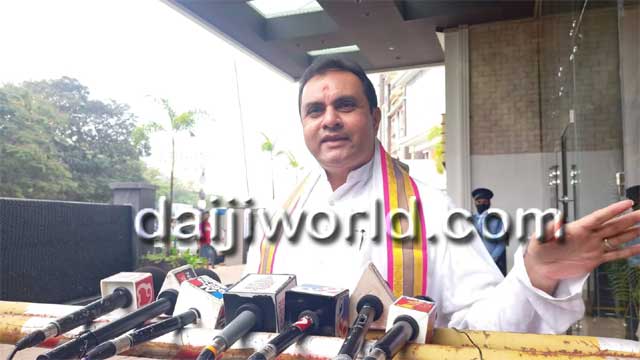 “I do not know who has fixed the Muhurat for my joining to the BJP party. I do not even know who is behind this propaganda. Now I have been nominated as vice president of KPCC. Let us see what is in store for future. After state KPCC president, vice president is a big position. I had worked as Block Congress president earlier. So this is a big promotion for me,” he said.