Mangaluru, Mar 25: Several college students under the banner of 'Vidhyarthi Samanvaya Samithi' staged a protest alleging that the colleges and the government were misusing the High Court's order on Hijab.

The students protested by sitting on the road near the Clock Tower on Friday, March 25 afternoon. Meanwhile, when police prevented students from coming to the road from the footpath during the protest, a verbal scuffle broke out between them. 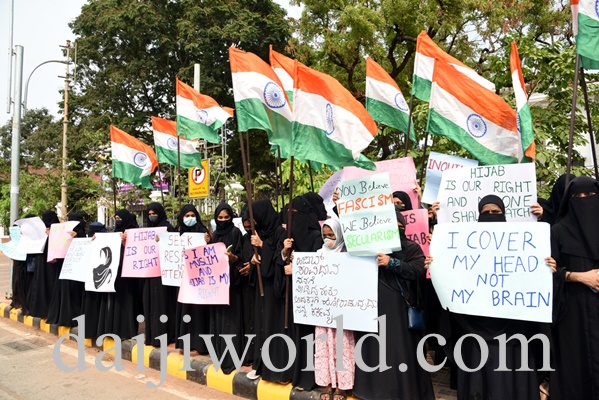 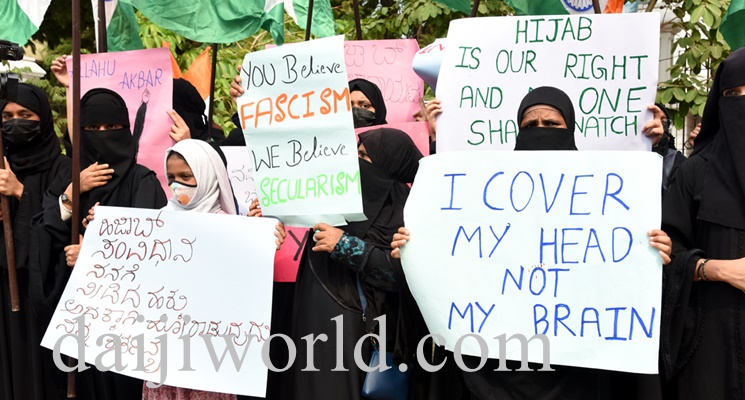 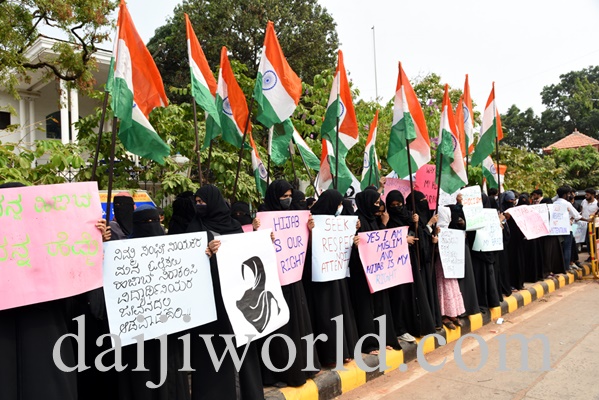 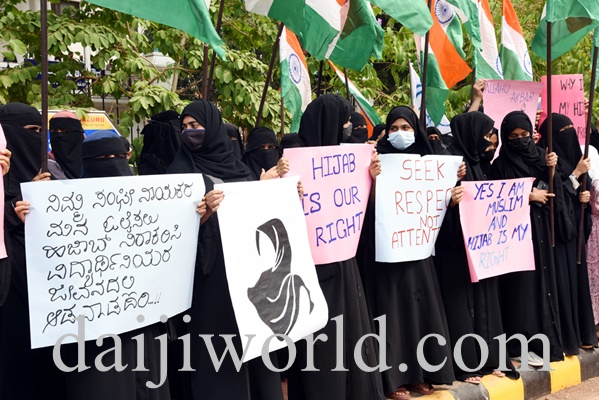 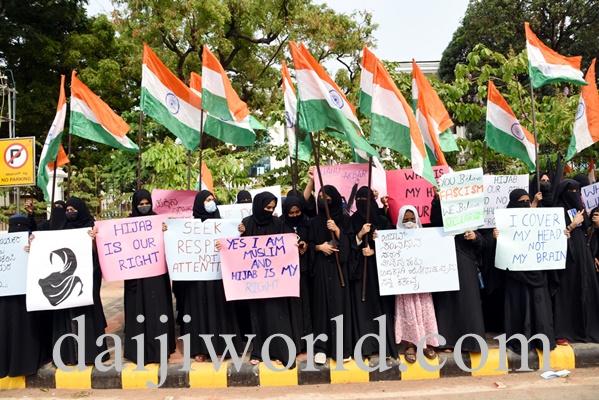 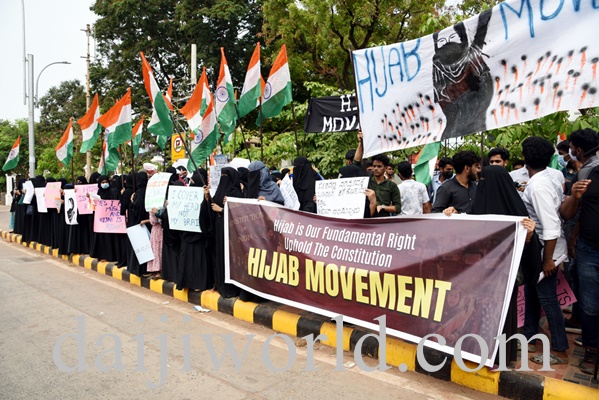 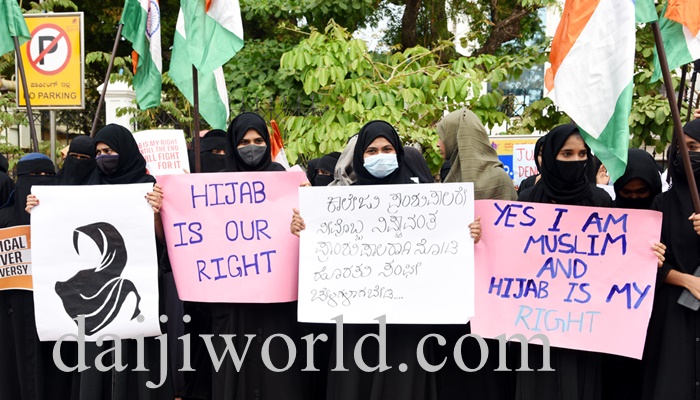 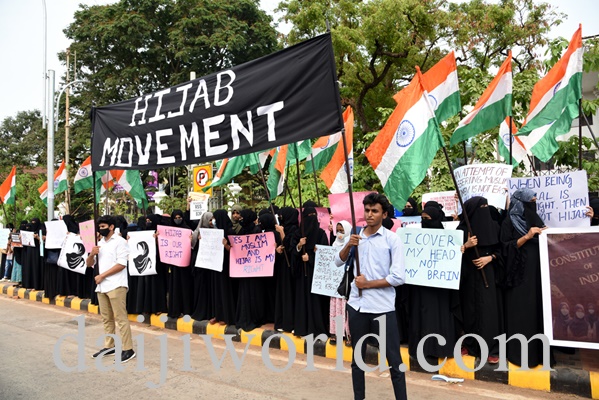 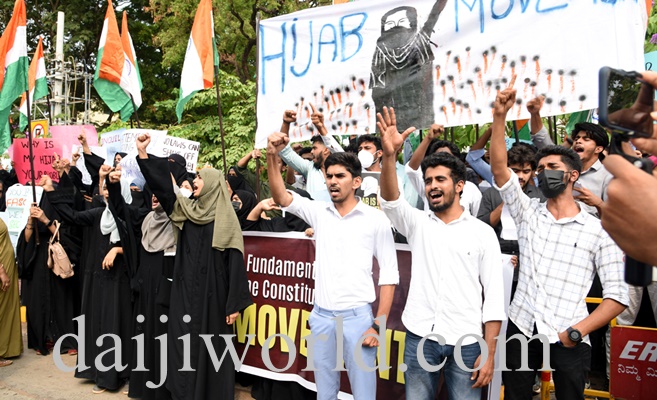 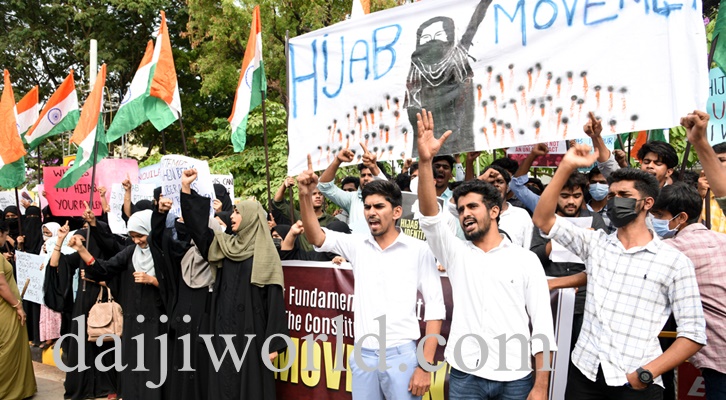 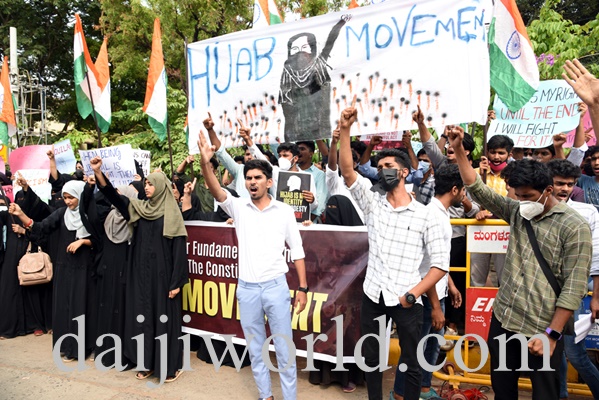 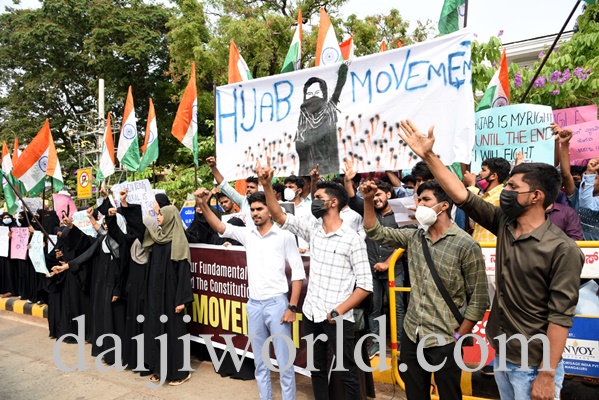 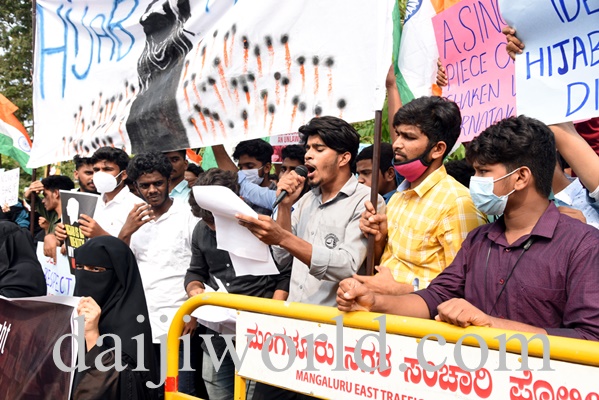 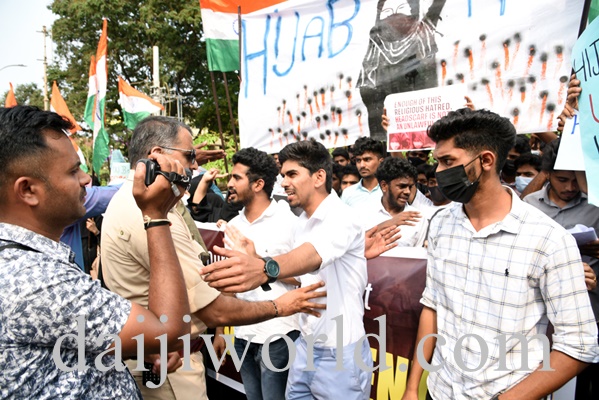 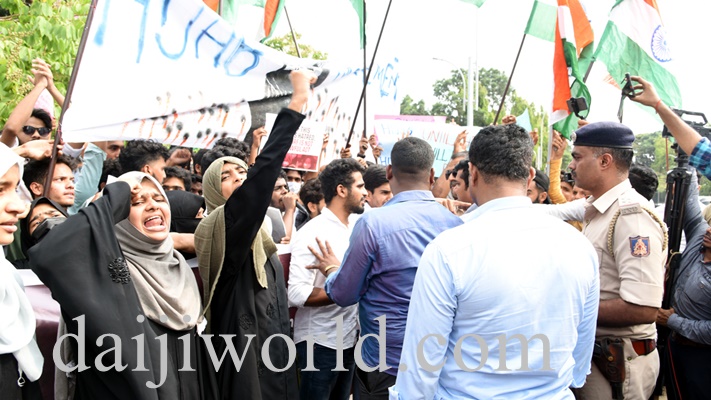 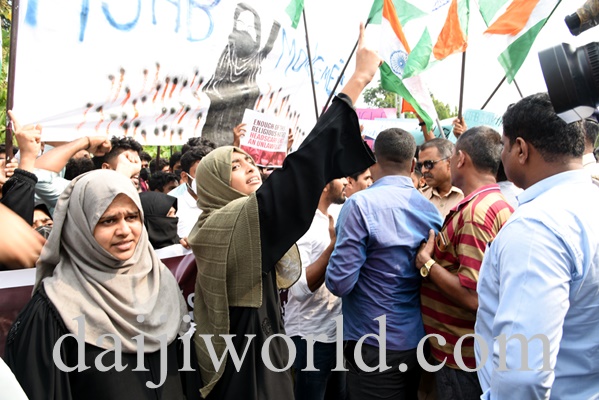 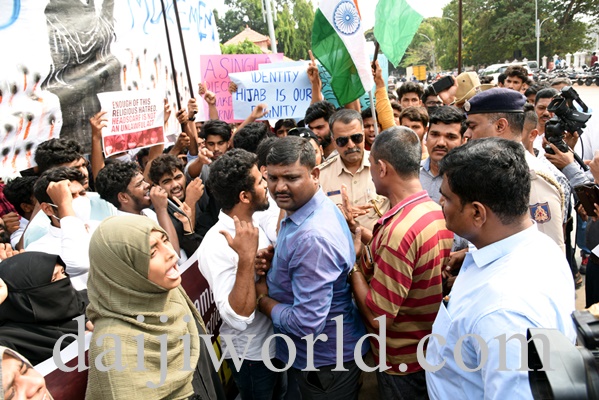 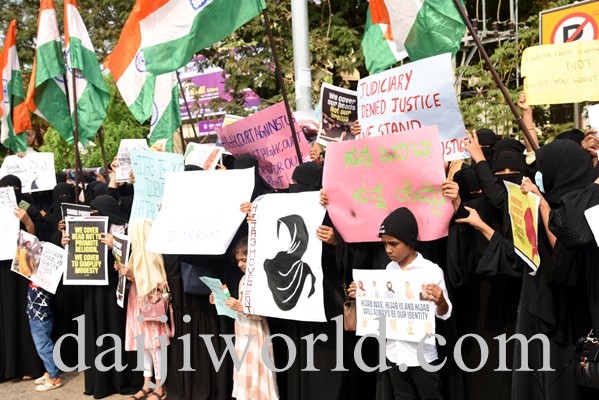 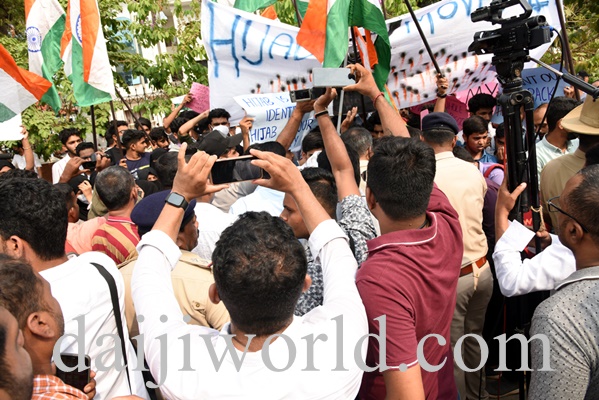 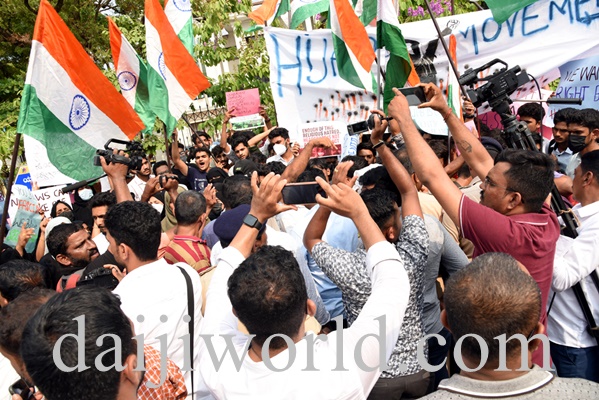 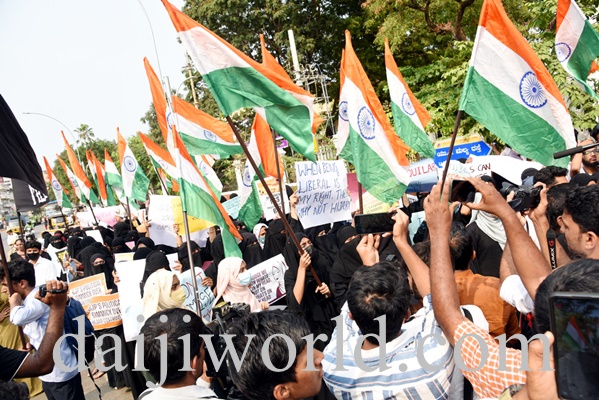 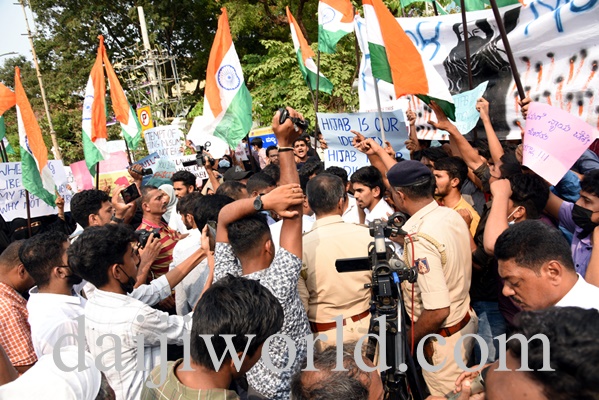 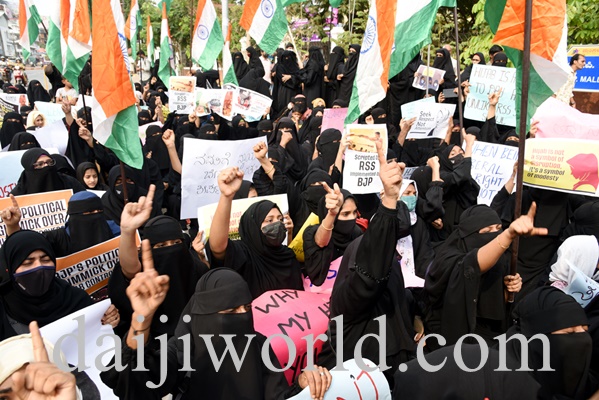 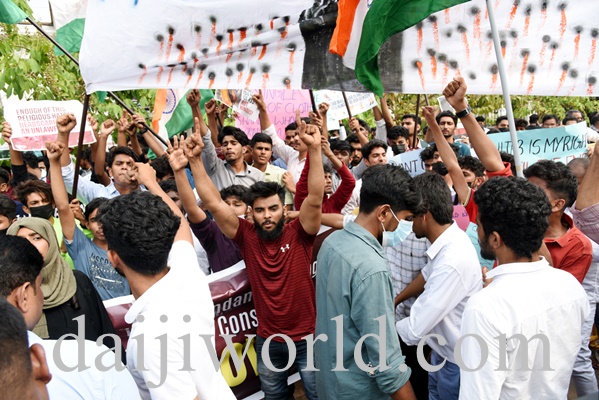 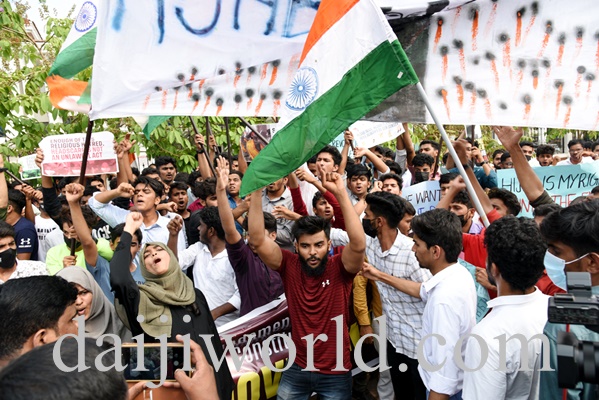 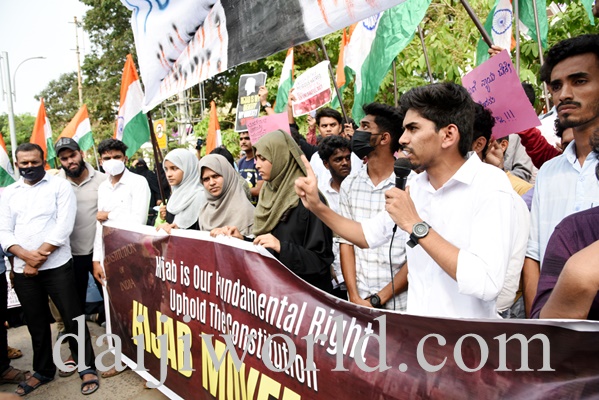 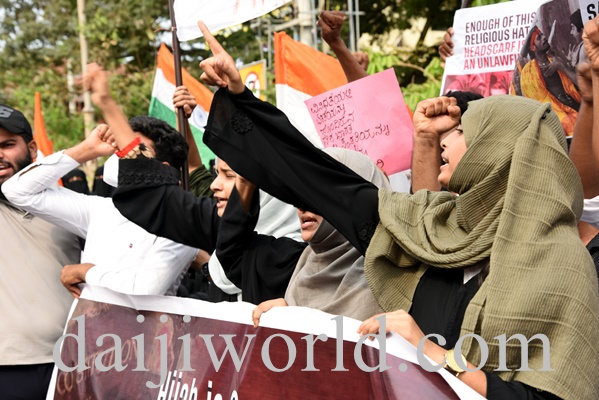 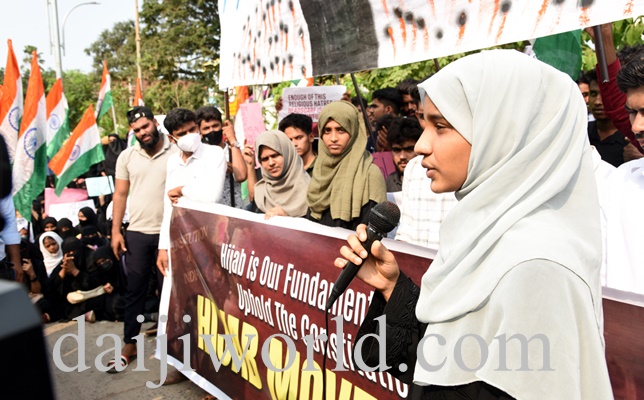 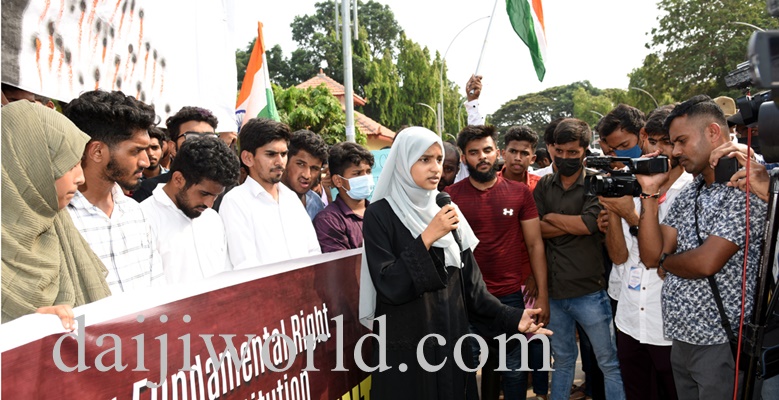 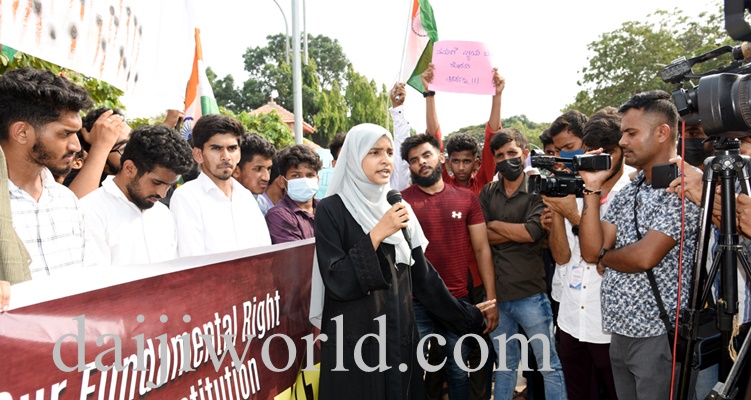 Speaking on the occasion, Riyaz Ankathadka of 'Vidhyarthi Samanvaya Samthi' said, "As colleges denied classroom entry to the students wearing Hijab, they are suffering as they cannot attend the examinations as well. Hijab is their right and no one can deny it to them."

"Who will hear their voice and who will solve this problem," he questioned.

"As students could not enter the classes, several students have hit the streets demanding justice," he lamented. He also alleged that triggering the controversy over communal lines is the strategy of BJP, RSS, and ABVP.

Student Hiba Sheik said, "We have come to the streets demanding our rights. We want our right. Today, the court order is being misused. Hence we are out of the college fighting for our rights."

Student Gausiya said, "We are deprived of our fundamental right. A few sections of media and the government representatives are claiming that Hijab is banned. But nowhere in the court order, it is mentioned for degree colleges."

She also alleged that controversy was triggered over Hijab after a few sections of students wore saffron shawl to colleges.