Bengaluru, Feb 11: The state high court took serious exception to the government's attitude of coming up with lame excuses relating to the clearance of solid waste that has accumulated at the landfill site at Pachanady here. It took the government to task and wanted to know whether it wants itself to be labelled as an insensitive government.

A public interest litigation filed by Karnataka State Legal Services Authority on this issue came up for hearing before a division bench of the high court presided over by Chief Justice Ritu Raj Awasthi on Thursday February 10. 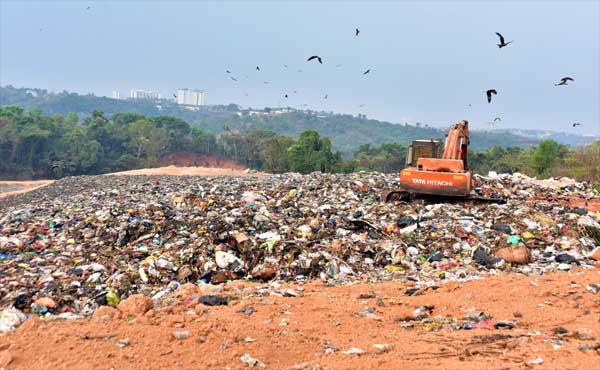 The advocates representing the government argued that a huge amount of garbage has accumulated at the said landfill site and that the government has sanctioned Rs 73 crore for disposing of the same. However, they said it requires cabinet approval and it will take at least four years to remove the garbage.

Angered by this, the Chief Justice pointed out that Karnataka State Pollution Control Board had, in its report submitted in July, last year, had stated that the water in River Phalguni and Maravoor dam was polluted due to the effluents flowing in from the garbage dump. "As many as 19 have lost their lives due to the solid waste. Still, you do not seem to have even an iota of concern. You will understand if you and the officials are made to drink this poisonous water. It is easy to sit at the office and put forward one or the other reason. This has been going on since years. Do you want us to register this as an 'insensitive government' in the court proceedings?" he wanted to know.

Advocates for the government requested ten days’ time to provide information about the progress of steps taken to dispose of solid waste. The high court commented that the government has been putting up one or the other reason and that it does not seem to be having any concern about the people. "Now the cabinet approval is being sighted as a reason,' it said, before directing the chief secretary of the government to take all possible steps to dispose of the waste. It posted the next hearing to February 23.

Advocate Sridhar Prabhu represented the petitioners in the case.