Brahmavar, Jan 24: Shivananda Adiga, a young,enthusiastic man from Manuru, Kota in the taluk, has become a role model for many farmers by following the policy of integrated farming.

Undaunted by the prevalence of the coronavirus infection, Adiga continues to devotedly pursue farming profession. He has been growing okra, gherkin, jowar, black gram, pepper, coconut, long beans and such other crops in his ancestral land. 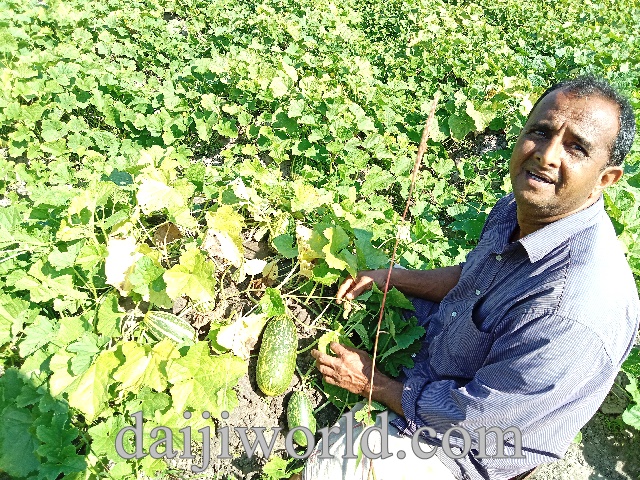 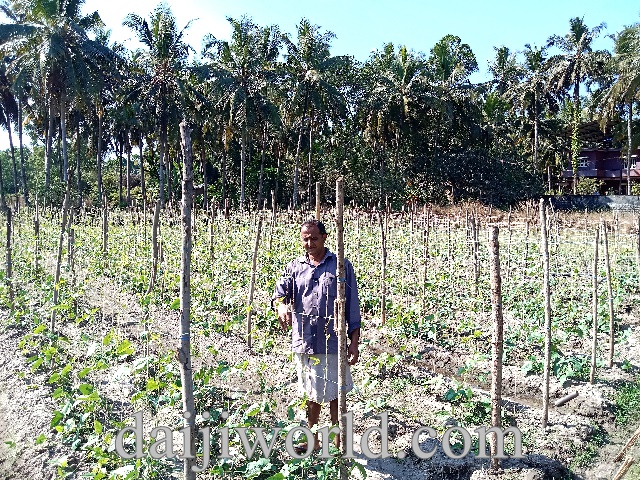 There has been gradual reduction in the number of people pursuing agriculture over a period of time. Farmers have not been getting justifiable prices for the crops they grow. They find it profitable to sell their farmland to companies. Shivananda Adiga, son of an avid farmer, Narasimha Adiga, is one among those who wants to retain the vocation inherited by him from his ancestors. Adiga wants to continue agriculture with new plans.

At a time when prices of essential vegetables are soaring sky high, Shivananda has succeeded by adopting the cultivation of vegetables like long beans, okra, gherkins and black gram that have favorable market conditions.  Besides reaping profits, he has also been able to sell the vegetables to Agricultural Produce Market Committees that are facing a crisis.

Of the six acres of land that he has inherited, Shivananda has grown coconut, areca nut and black pepper in three acres of land. He grows groundnut, black gram, lobia, gherkins and other vegetables in the remaining three acres. He has the support of his wife, Shubha Adiga and daughter for his activities.

Undertaking farming is not easy. Experience in the field is a prerequisite for success. At a time when new inventions keep happening, Adiga also has been studying the advantages of shifting to mechanised farming. He has been keeping in touch with the farmers from all over the state to study and put to use the experiences he has derived from them.

This kind of farming policy followed by him has been attracting the youth towards agriculture in a big way at a time when the latter are distancing themselves from farming. His method of cultivation has brought him laurels from the people of his village.

Shivananda says that his father had contributed and supported his farming interest immensely. He says that after his father passed away, he has been continuously engaged in agriculture. He expresses that along with modern methods of farming, he has also retained traditional methods. He says that there is profit in agriculture but mentions that hard work is equally important.