San Francisco, Jan 23 (IANS): A raging wildfire that broke out along the Big Sur coast in California has prompted evacuations in Monterey County, with only 5 per cent containment, officials said.

The Colorado Fire has burned about 6 square km and was 5 per cent contained as of Saturday, according to the California Department of Forestry and Fire Protection (Cal Fire).

The fire could be seen from Santa Cruz County, reports Xinhua news agency. 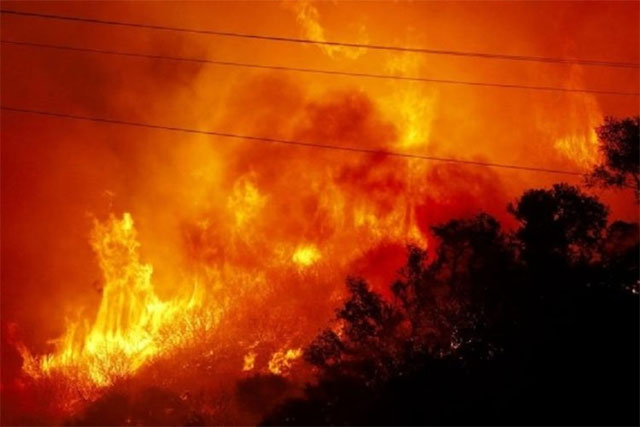 The area where the fire is burning has "little or no fire history", the National Weather Service said, adding that a wildfire in January, especially after a couple of wet winter months, is "pretty surreal".

The blaze broke out during a wind event that brought strong winds to the Bay Area region, according to a report by the San Francisco Chronicle.