Bengaluru: Yatnal predicts major changes by Ugadi, Nirani will not be CM

Bengaluru, Jan 22: BJP MLA, Basanagouda Patil Yatnal, predicted major changes to happen both in the BJP and the state government by Ugadi this year. He was speaking to media persons on Friday January 21 after meeting chief minister Basavaraj Bommai.

"Change is universal truth. Nature changes for Sankranthi and Ugadi festivals. Likewise, there will be major changes in the BJP and the state government then," he stated. When he was asked whether he has planned for a trip to Delhi to pressure the national leaders to reorganize the ministry, he concurred that he has the habit of going to Delhi frequently. "Having worked as an MP and minister, I have good friends there. I meet them, have tea and return. I do not care when the ministry rejig happens, but they should give good administration," he stated. 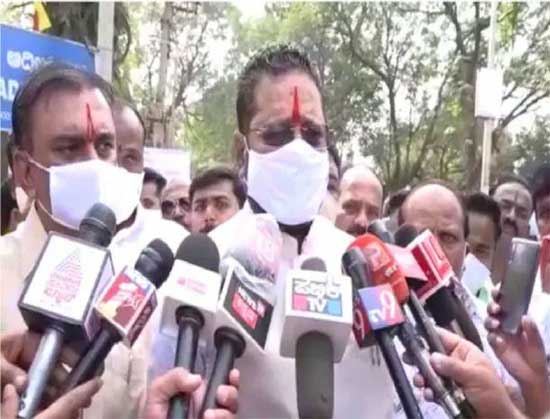 He said he had met Renukacharya on the previous day at the instance of the former. He added that the media should infer that if he does not talk much, it means that something big is coming.

On the issue of including B Y Vijayendra in the ministry, he said that the party leaders will decide. "I am not big enough to speak about leaders like Vijayendra. I have not requested anyone to include someone in the ministry," he stated.

Yatnal also commented that industries minister, Murugesh Nirani, will not become the state chief minister in the life span of sun and the moon. "I usually never make predictions but now I do. Some people are waiting in readiness duly getting new suits stitched but they will never become chief minster," he said. Commenting on this remark, Murugesh Nirani said that he cannot talk about Yatnal as he is too big a leader. He also commented that becoming the chief minister is not in his hands and he keeps getting new suits stitched every now and then as he cannot live without them.

Title: Bengaluru: Yatnal predicts major changes by Ugadi, Nirani will not be CM