Mangaluru, Jan 21: A painter has filed a complaint with the Bunder police that his wife committed suicide on Friday, January 21.

According to the complaint, the deceased Sufia Begam was living with the painter Shohidul in a rented house in Kudroli for the past five months. Sufia Begam was a homemaker.

It is said that as usual Shohidul and his wife had gone to sleep after dinner on the night of January 20. They woke up at 4 am on January 21, finished cooking and then went back to sleep. 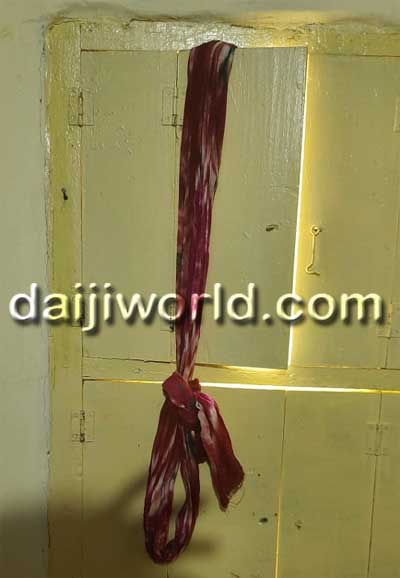 When Shohidul woke up at around 7.45 am, Sufia was not around and he started looking for her. He reportedly found her hanging by a shawl from the rod of a window.

When she did not respond to his call, Shohidul removed the shawl from her neck and laid her on the floor. Later, he informed his friends and neighbours about the incident. While they checked Sufia Begam's body, it was still and cold. Later, the painter filed a complaint in the Bunder police station.