Bengaluru, Jan 21: The State Government is doing its duty in the form of "Trividha Dasoha" or three forms of charity or service such as providing Anna (food), Ashraya (shelter/housing) and Akshara (education) for the deprived sections of society.

Speaking to the media representatives on way to participate in the "Dasoha Dina" or day of service at the Siddaganga Math in Tumakuru on Friday morning, he said: "The Siddaganga Math has heralded a culture of Dasoha (charity or service) in Karnataka. Sri Shivakumara Swamiji has followed the ideals of Basaveshwara in letter and spirit. State government has decided to celebrate Dasoha Day in Siddaganga Math." 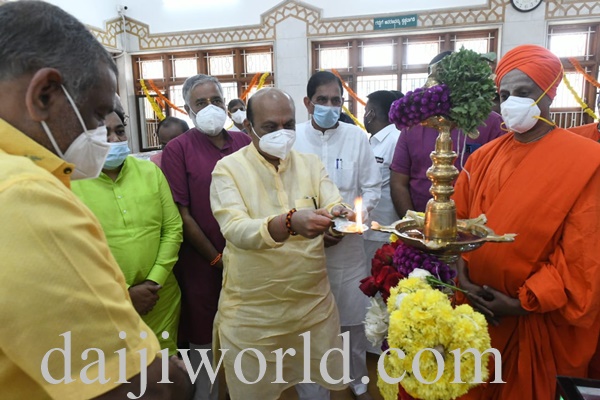 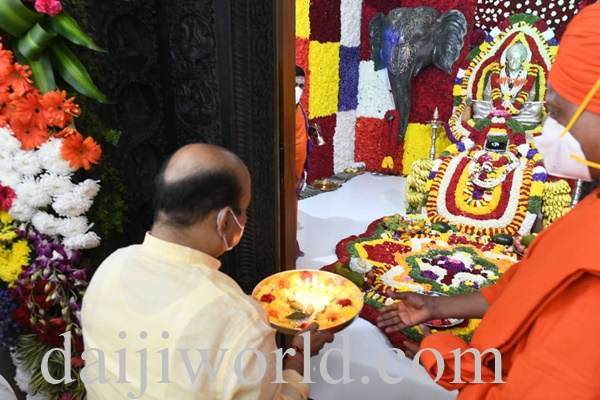 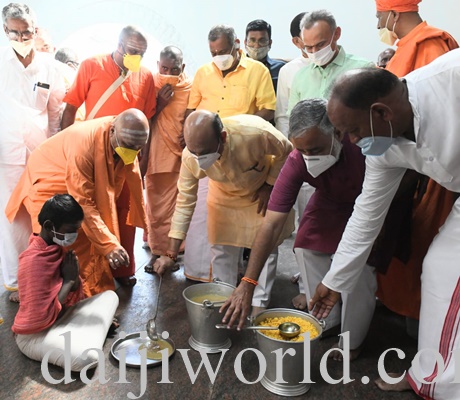 "Our government is treading the path shown by the great seer. The rice quota per head has been raised from 4 kgs to 5 kgs. Ragi and Jowar are also being distributed according to the food habits of the region. The government has undertaken Vidya Dasoha (educational charity) by providing scholarships for children of construction workers and farmers. A massive housing project is being implemented. About 5 lakh houses are being constructed," Bommai said.

At the Siddaganga Math, the chief minister offered puja to the seat of Late Sri Shivakumara Swamiji.

Answering questions on curfew controversy, the Chief Minister said, the meeting with expert committee members later in the afternoon would decide on the continuation of weekend curfew.

Many legislators, MPs and organisations are set to convey their opinion on the issue. A suitable decision would be taken based on the views of the experts and the trend of the prevailing third wave of Covid, Bommai said.

He said the meeting will also discus the Covid situation in different districts as well as its impact on children in schools, residential schools as well as hostels.