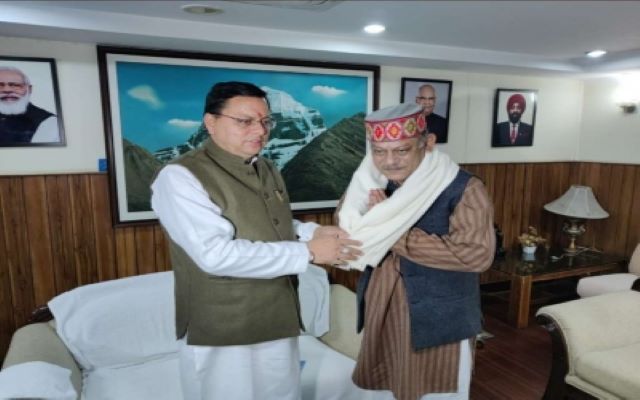 According to sources, Col Rawat might contest the upcoming assembly elections in Uttarakhand.

Speaking to the media after joining the BJP, Col Rawat said after retiring from the Army, his father also joined the BJP, and he decided to join the party as he was influenced by Prime Minister Narendra Modi's programmes and policies.

Rawat also had words of praise for Uttarakhand Chief Minister Dhami, saying the latter is working with a vision for the development of the state. "Therefore, it is necessary for him to come to power again."

Welcoming Col Rawat to the BJP, Dhami said Uttarakhand was the birthplace of the country's first CDS Gen Bipin Rawat, and the top army officer also wanted to do a lot for the state. However, the CDS' departure has left behind a feeling of emptiness, the CM added.

Saying the BJP is the only party that respects soldiers, the Chief Minister claimed that the party would be strengthened with the joining of Col Vijay Rawat.

Describing Rawat's family as a family of patriots and those who sacrificed for the country, Anil Baluni said Col Rawat has served in the army for 34 years, and currently, his son is also in the army.