Chandigarh, Jan 19 (IANS): In the run-up to polls, Punjab Chief Minister Charanjit Channi on Wednesday said the Enforcement Directorate (ED) raids in a sand mining case were happening due to political rivalry.

He said the BJP was using central forces before polls as they did in West Bengal.

Responding to the raids in which the ED seized unaccounted Rs 10 crore cash, including Rs 8 crore from the premises of the nephew of Channi in a 2018 sand mining case, Channi said the BJP government at the Centre was using central investigating agencies against the political rivals. 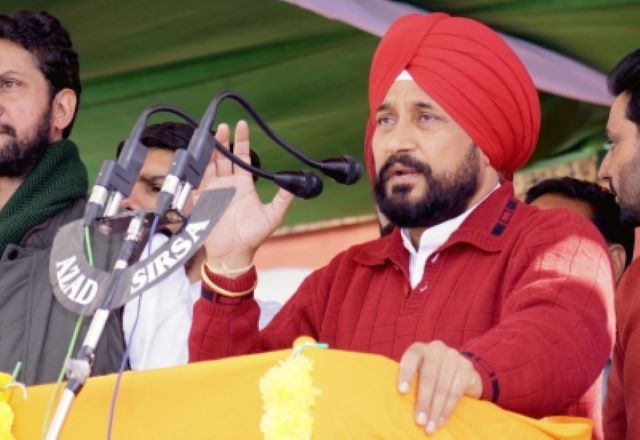 Citing instances of raids at relatives of Mamata Banerjee in West Bengal and in Tamil Nadu, at M.K. Stalin's relatives, he said it was the BJP's 'old tactics' to use ED and IT and bring distractions during the time of elections.

A total Rs 10 crore in cash was seized in the two-day raid that ended on Wednesday. About Rs 8 crore from the residence of Bhupinder Singh Honey, the nephew of Channi, who floated a firm -- Punjab Realtors -- to get sand mining contracts, an official said.

Media reports said gold worth Rs 21 lakh was also recovered from the nephew of Channi.

The raids were conducted at least a dozen places in the state under the provisions of the Prevention of Money Laundering Act.