Muscat, Jan 18 (IANS): Young Indian women's team forward Mariana Kujur feels the Asia Cup, scheduled to commence here on January 21, is a great opportunity to make a mark in the senior side, adding that she would like to learn as much as possible from stalwarts such as Deep Grace Ekka during the tournament.

Defending champions India will open their campaign in the women's Asia Cup against Malaysia on January 21.

Kujur, who hails from the hockey belt of Sundargarh in Odisha and is a product of the Panposh Academy, said she idolised her senior compatriots Deep Grace Ekka, Lilima Minz and Nimita Toppo who are all products of Odisha's rich hockey culture. 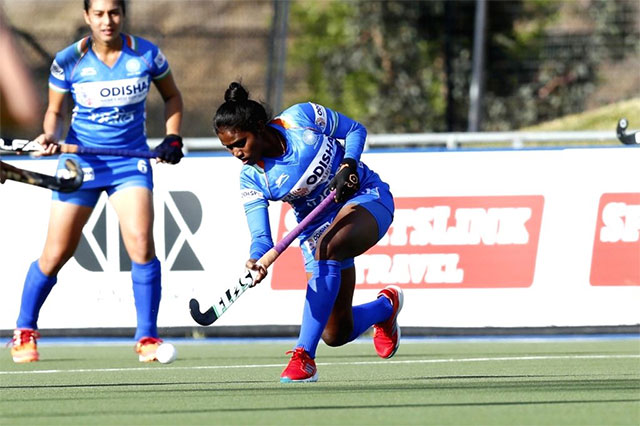 "I am grateful for this opportunity. The women's Asia Cup is a prestigious tournament in the international calendar and I want to use this opportunity to perform the role I've been assigned and live up to the team's expectations. The past few weeks in the camp in Bengaluru have been good for me as I worked on understanding the level at which the senior team plays and I believe I have developed good on-field communication with the players particularly in the forward-line and the midfield," said Kujur.

Having arrived in Muscat on January 16, the team has put in hard yards in order to get used to the conditions and Kujur said the team is upbeat ahead of their first game.

"After arriving in Muscat, we had a few good sessions of hockey. The weather is quite pleasant and we are getting used to the pitch at the Sultan Quboos Sports Complex. It is a beautiful venue and the team is quite excited ahead of the first match."

Speaking about being part of the same team, which features one of her idols Deep Grace Ekka leading the team as the vice-captain, Mariana said, "Deep Grace is such a cool-headed player. She never lets the opponents get the better of her even in pressure situations. There is a lot that I can learn from her and she's been quite supportive all along. She always advices me to play my natural game and not feel the pressure of playing for the Senior side. I think that way, all the players have been quite supportive and I am really looking forward to having a good outing here," she stated.

India are grouped in Pool A along with Japan, Malaysia and Singapore. They will begin their campaign against Malaysia on January 21, and will play Japan on January 23. India will take on Singapore in their last Pool A match on January 24.