Udupi, Jan 18: The Paryaya procession of Krishnapura Paryaya 2022 was held with grandeur in the wee hours of Tuesday January 18. At the appointed hour of 5.52 am that is considered auspicious, head of Krishnapura Math, Sri Vidyasagara Theertha Swamiji, occupied the Sarvajna Peeta to signify having taken over the administration of Sri Krishna Math for a period of two years as per traditions. With this, the two-year Paryaya period of Admaru Math officially ended and Krishnapura Math will be in charge of festivities and offering puja to Lord Sri Krishna beginning Tuesday. 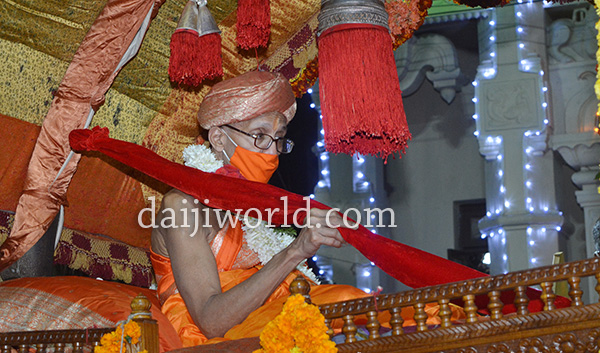 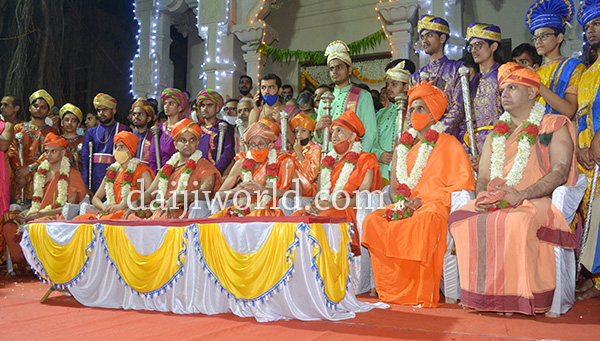 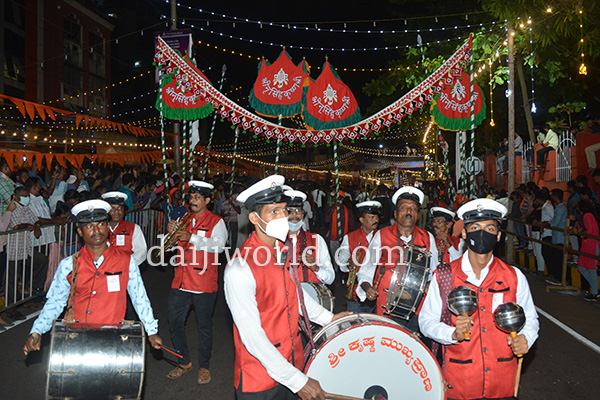 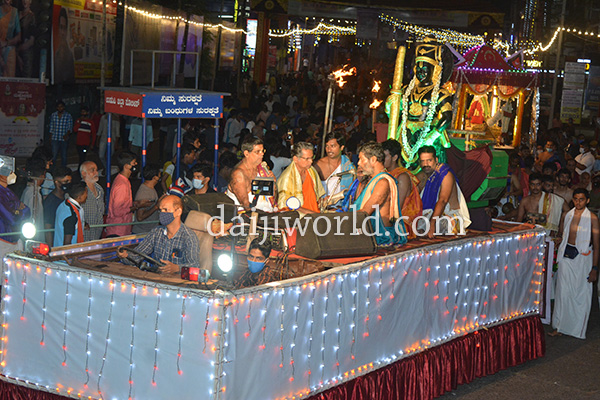 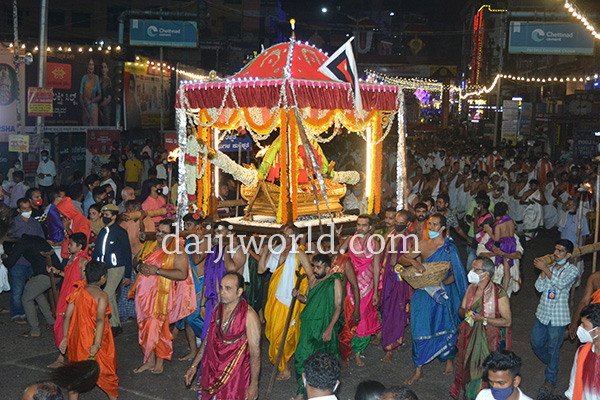 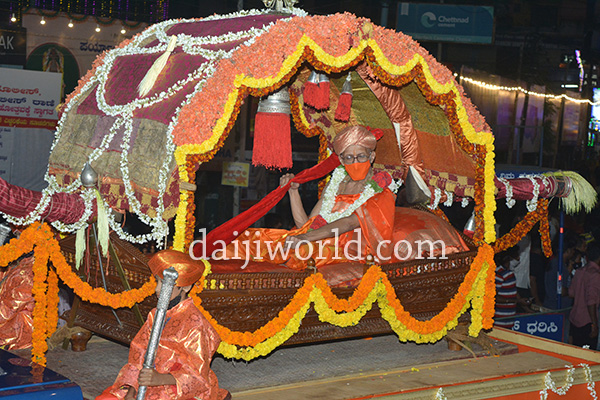 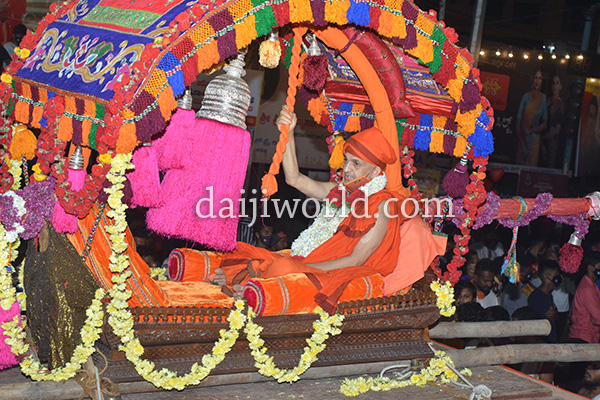 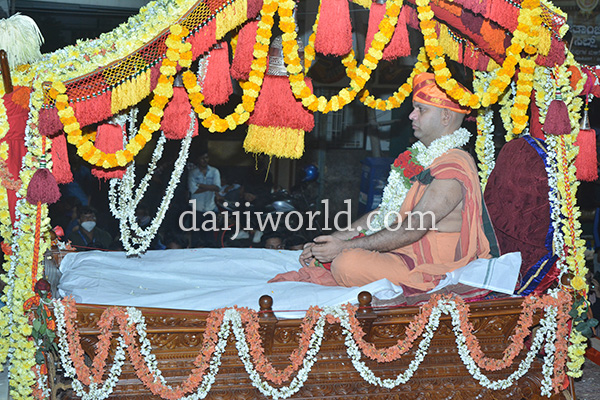 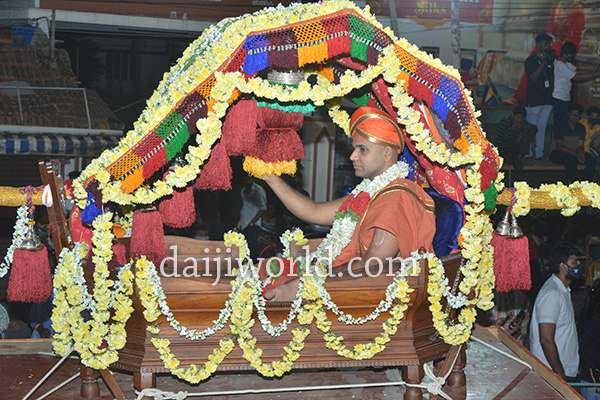 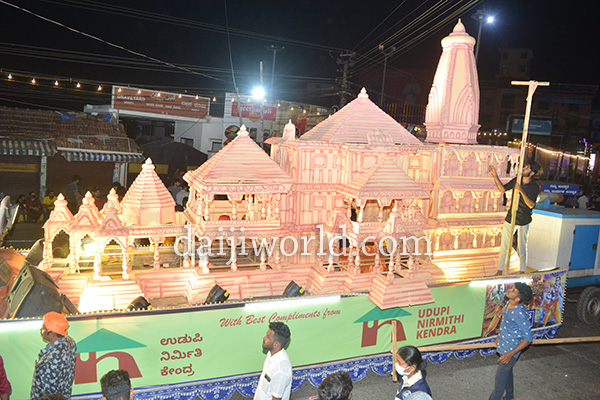 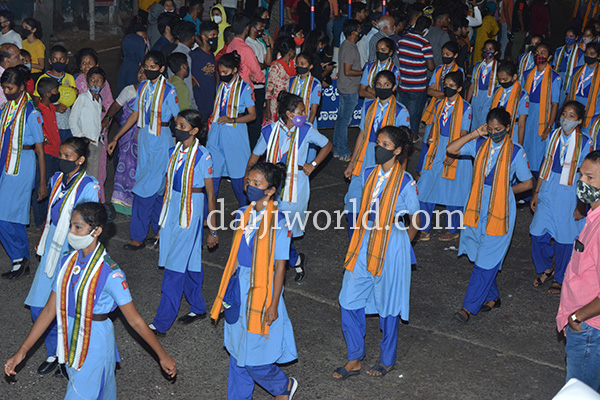 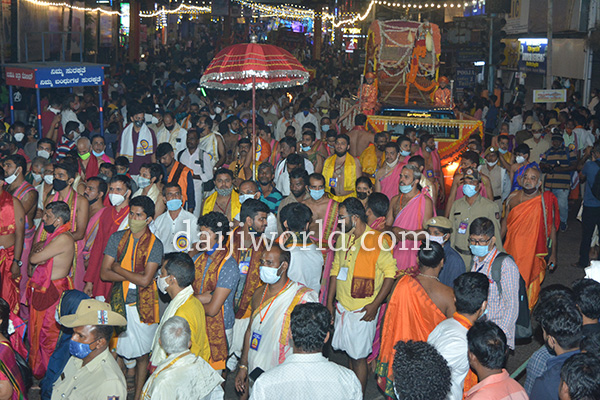 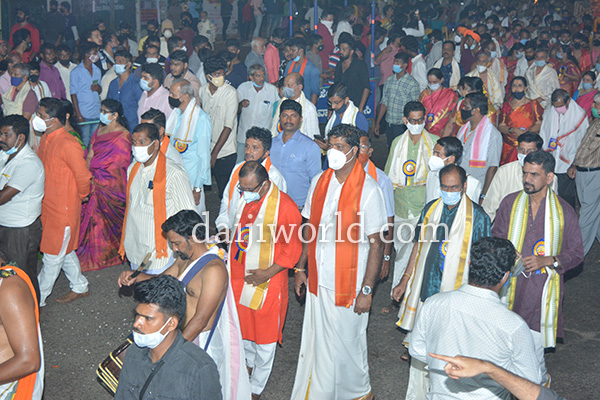 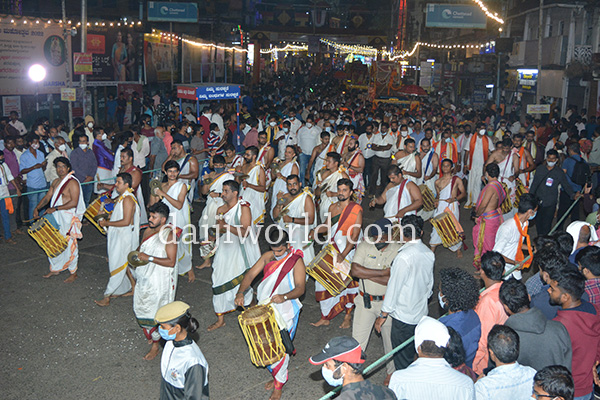 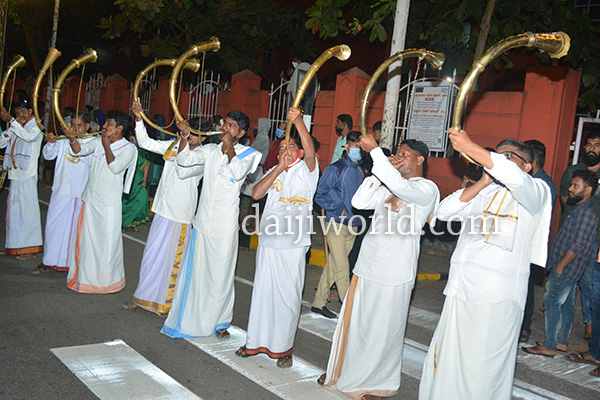 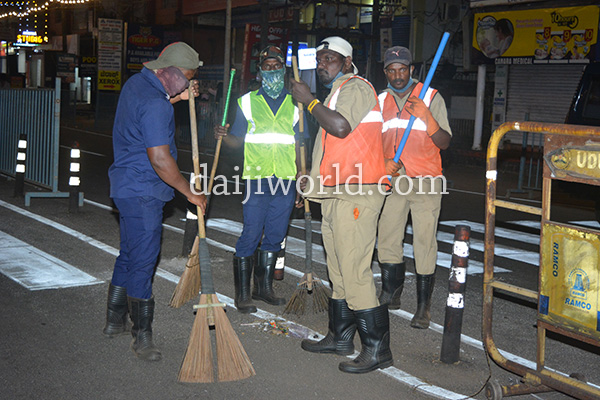 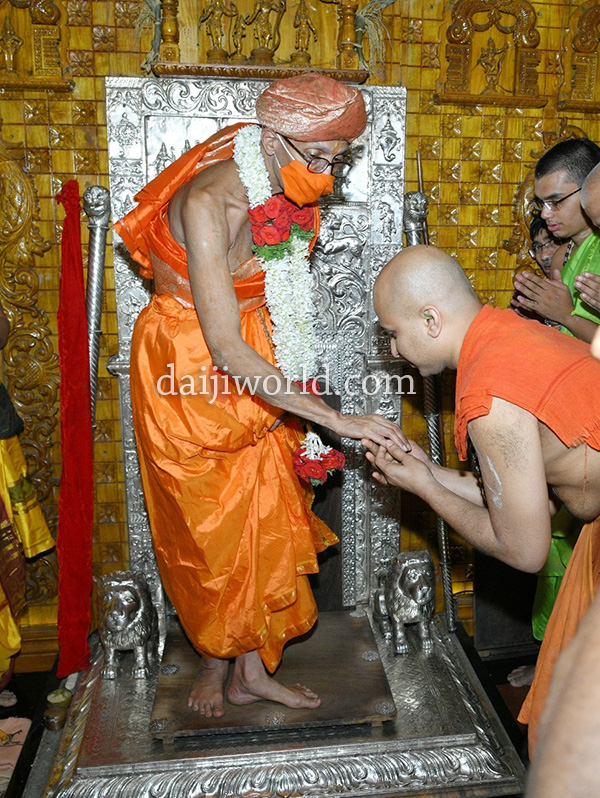 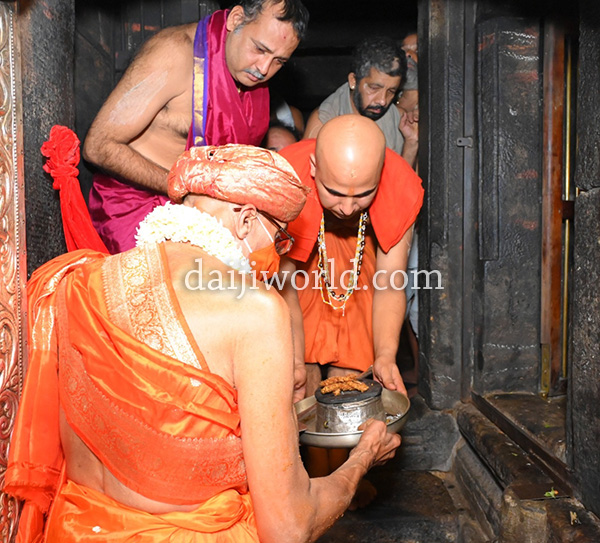 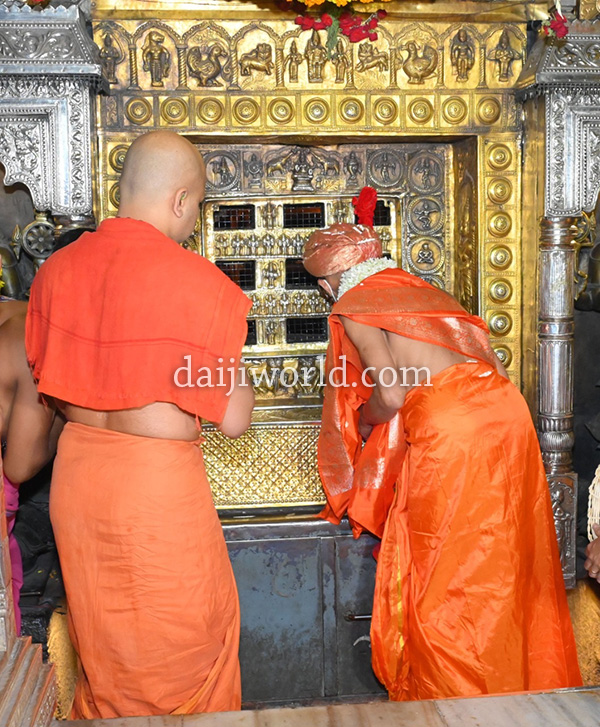 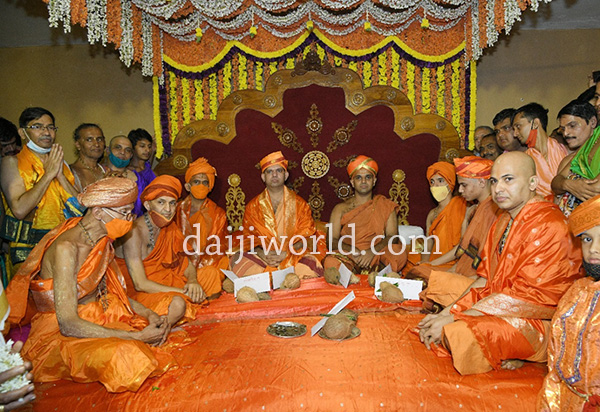 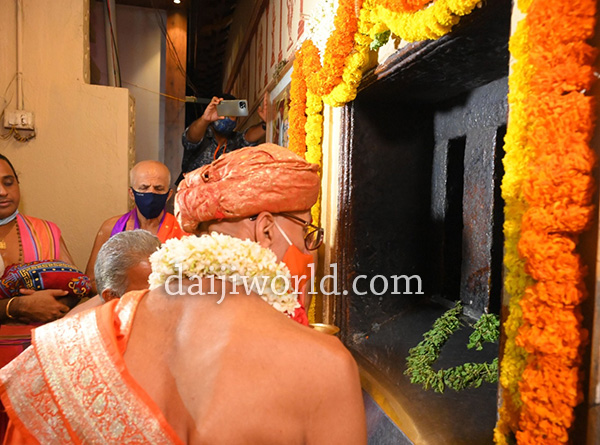 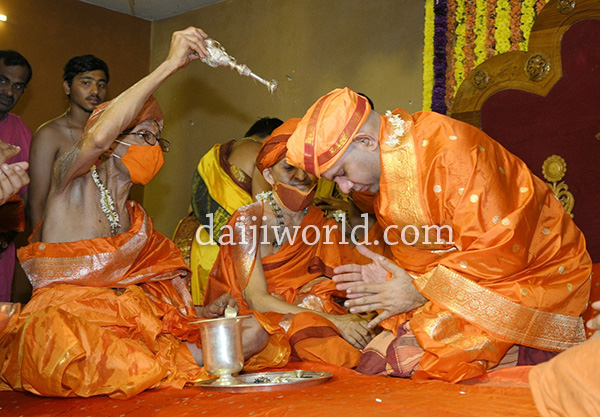 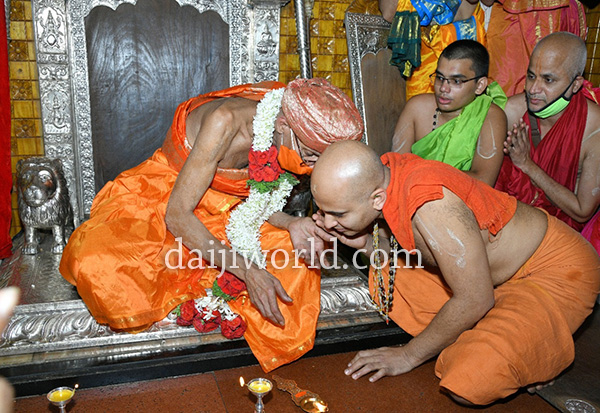 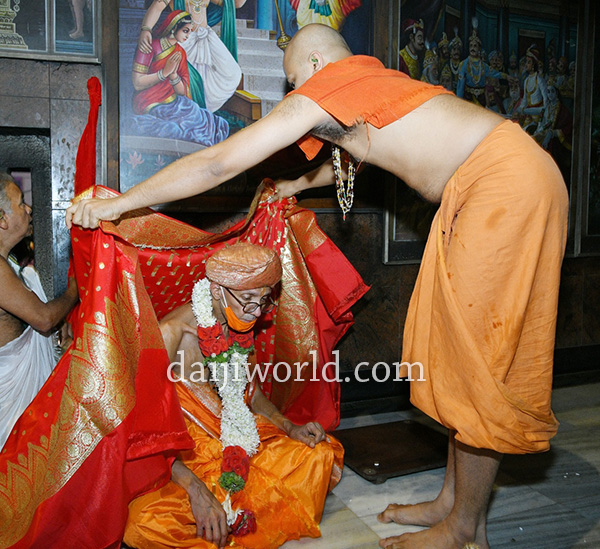 The ascending seer Sri Sri Vidyasagara Theertha Swamiji of Krishnapura Math was given a traditional welcome at Joodukatte. He offered puja to Kaliyamardana Sri Krishna. The procession was held as per the tradition. Only 6 tableaux including one depicting Ayodhya Ram Mandir and Krishna Leela were displayed in the procession.

Even after requests from the Paryaya committee and competent authorities to reduce the footfall, thousands of devotees thronged to the streets of Udupi.