Udupi, Jan 17: Devotees and villagers from the district as well as out of the district donated a large quantity of vegetables, food grains, p pour into pulses, coconuts, plantains, and many more for the upcoming Krishnapur Paryaya.

Horekanike is a major attraction in Paryaya where devotees contribute things to Lord Krishna. The Horekanike programme had begun on January 11. This year, the Math has received Horekanike in large quantities, after panchama Paryaya of late Sri Vishvesha Theertha Swamiji. 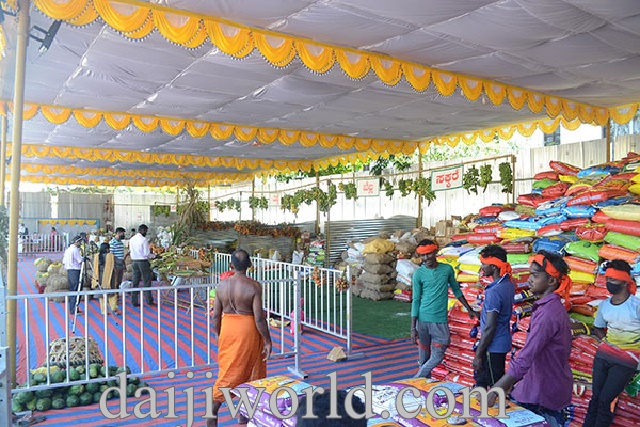 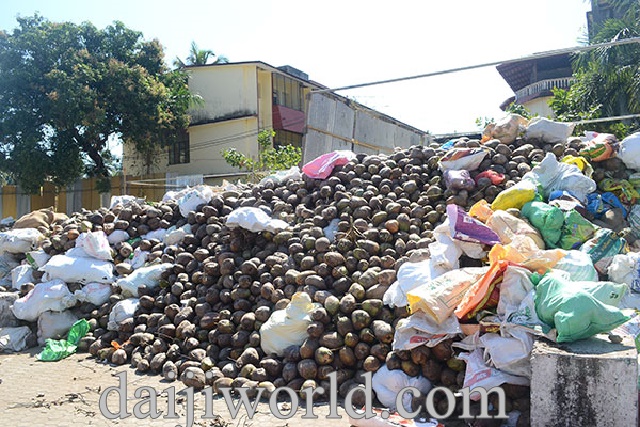 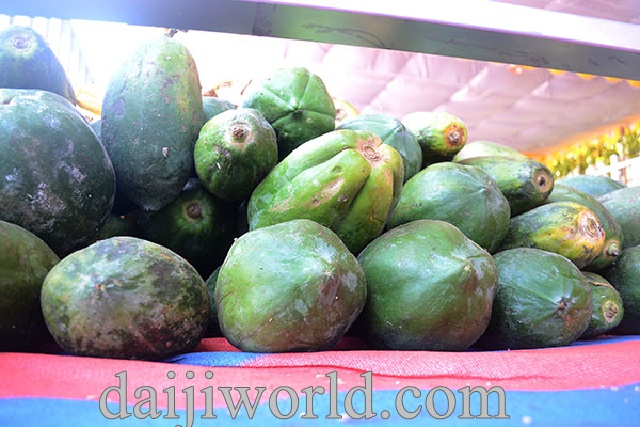 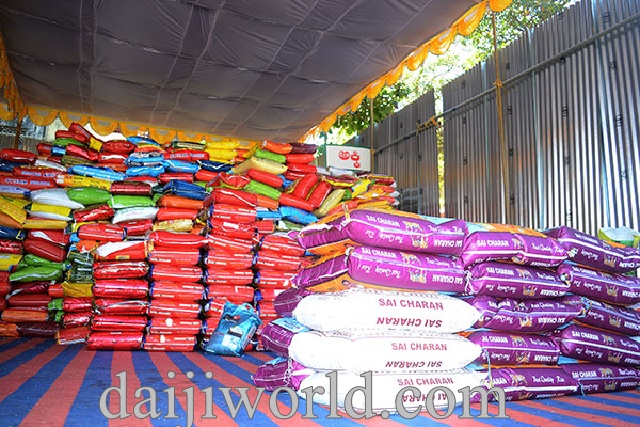 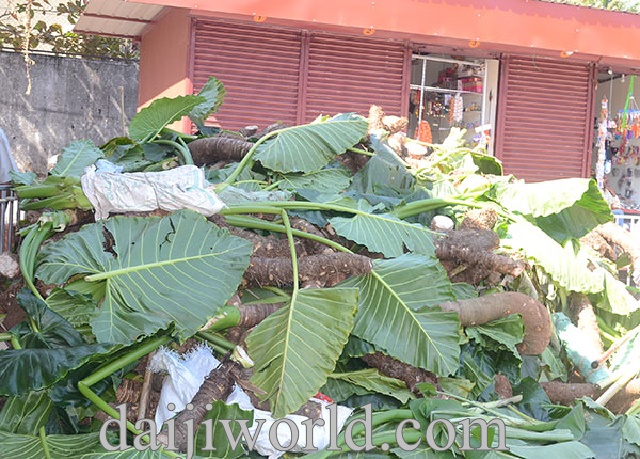 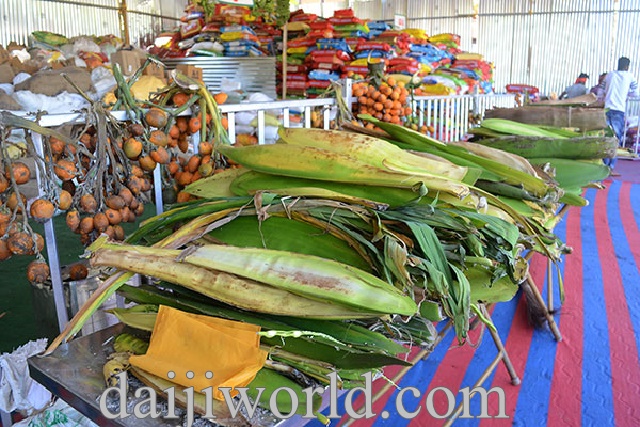 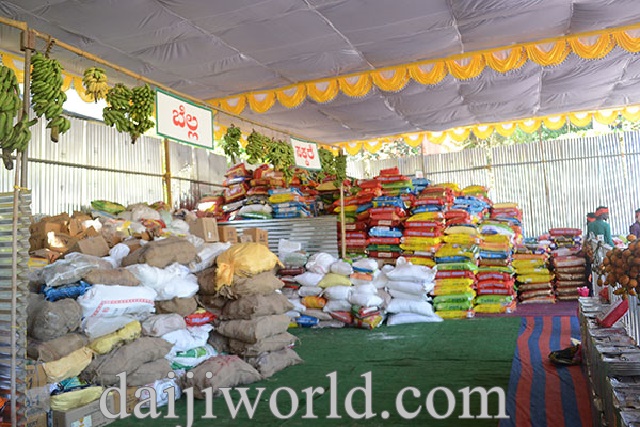 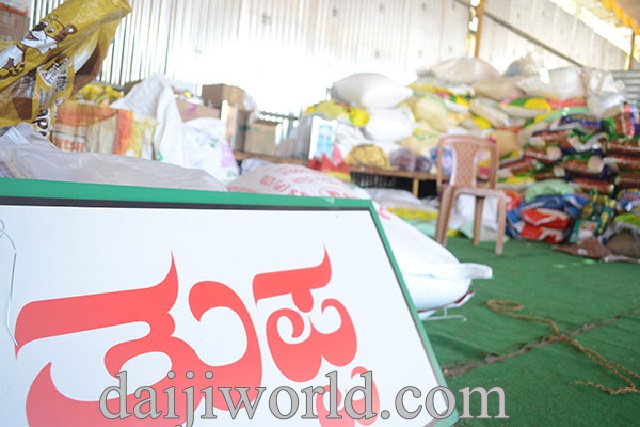 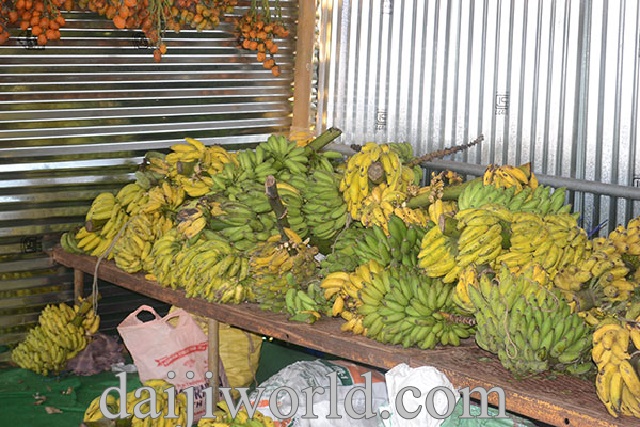 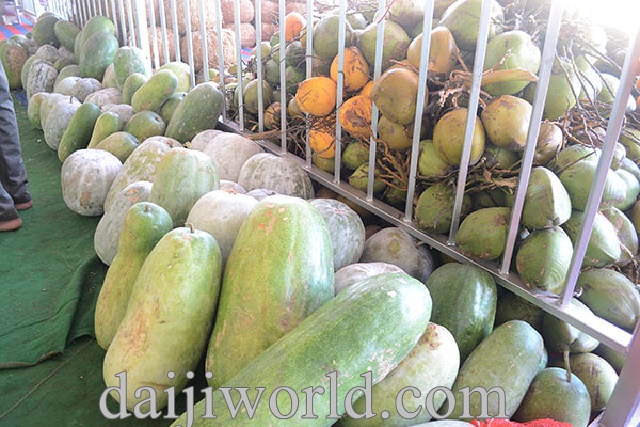 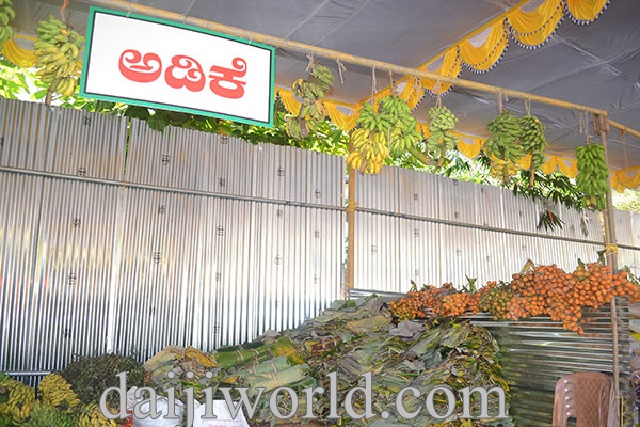 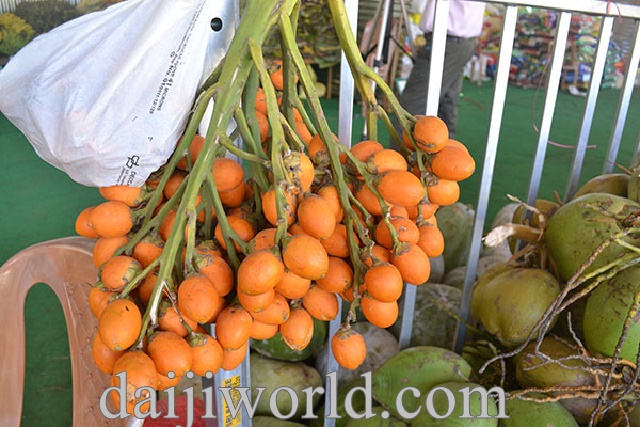 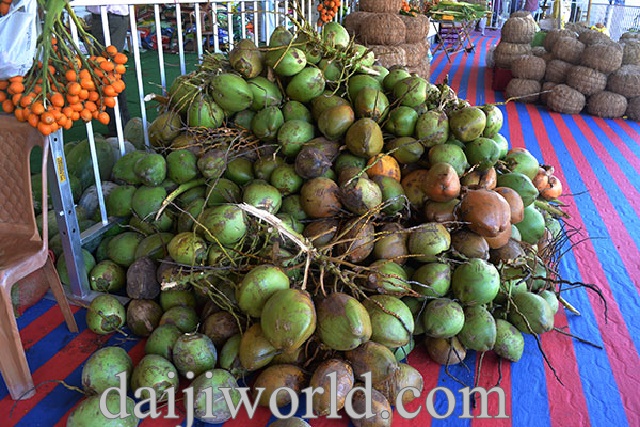 Horekanike has gained much popularity as there all of the items are stored at a hall named ‘Sumedha’, located in the parking area of Krishna Math, near Rajangana.

The store hall has been temporarily built for the purpose of storing the Horekanike items. The Math has received food grains and groceries in huge quantity. A committee has been appointed for the managing store room. From January 11 to 15, it has received 92 ton rice, 33 ton jaggery, more than 800 coconuts, 215 kg flattened rice, 340 litres of sesame oil, more than 508 litres of ghee, 90 kg wheat, 500 banana clusters, 2,000 tender coconuts, 10,000 kg vegetables including elephant foots, taro roots, 300 jackfruits, and dry fruits and spices.

The Horekanike was received from Moodbidri, Kateel and from some other areas too.

The collected food grains will be used in anna santharpana for the next two years.

Vidyasagara Theertha Swamiji of Krishnapur Math is ascending Paryaya Peetha for the fourth time on January 18.