Hassan, Jan 15: To register his protest against the government's denial of permission to start MSc (food and nutrition) department in the government college for women at Holenarasipura, former minister, H D Revanna announced his decision to hold protest demonstration in front of either the residence or office of the chief minister on Tuesday.

"We had applied for permission to Mysore University to start a new course in the year 2020-21. The officials who scrutinized the application have certified that permission can be given. But the minister for higher education who is driven by enmity and cheap politics, has rejected the application without assigning any reason," Revanna claimed. He pointed out that children of politicians like him and his brother, Kumaraswamy, do not attend this college but the students from poor families come here.He said that the government was wrong in taking decisions on the basis of enmity. He said that in order to stick to covid19 guidelines he will undertake the dharna all alone. 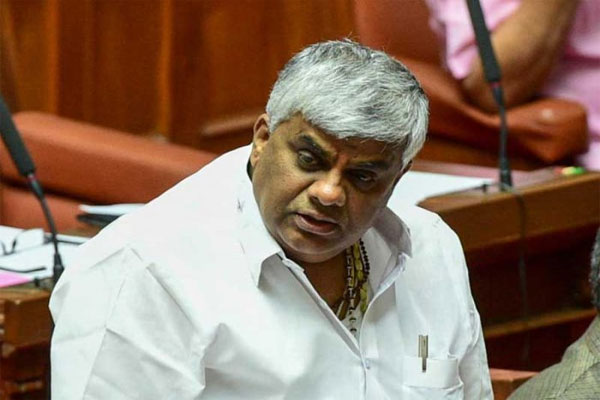 He alleged that the minister for higher education follows the policy of revenge. Such people bring disgrace even to the Prime Minister as they give permission only where they can earn some commission. For example, permission was given overnight for Chanakya University, he stated. He said that everyone knows why this was done.