Dec 25: The core of Christmas celebration is the Christmas Eve joyous Mass (24/12), especially since the traditional midnight Mass has been given up for various reasons several years ago. With the invasion of Covid and its variants, a certain amount of uncertainty awaits this year’s celebration centered on the number of participants, maintaining social distance, etc.

Beyond celebrations, Christmas has strong spiritual aspects about it. It is preceded by a period of pleasant anticipation about the birth of Jesus. Called Advent, during the weeks preceding Christmas the faithful are exhorted to return to righteous ways. The theme of homilies (sermons) during this Advent period include fill up the valleys, level the mountains and straighten the path of righteous life. So, the celebrations start only after the Christmas-eve Mass, including spiritual satiation. 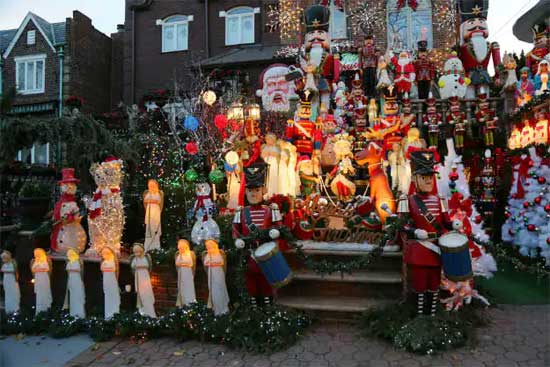 In this sense, Christmas ushers in the joyous finale of the year-ending. In India Christmas is preceded by several celebrations by various communities and religions including Diwali, Navaratri, Ganesh Chaturthi, Srikrishnastami, Eid and festivals like Baisakhi, Onam and Ugadi. Some of these mark a New Year and harvest festivals. But, both Christmas and New Year transcend religions and communities. They generate euphoria which is so infectious that they break barriers of religions and communities.

To the old spirit of Christmas is now added high decibel commercialization, including home deliveries of food and other goodies, often in cashless transactions. Even the good old Santa Claus, earlier enacted by ripe old genial men of the family or community is now outsourced. Star hotels, commercial malls and department stores are tapping event management outfits to hire Santa Clauses for them. There is money for everyone around. As for the decoration of homes, there is a mind-boggling array of artificial decorations.

The spirited celebration of Christmas lasts a couple of days after the D-day. But the season was marked by weddings and wedding anniversaries. Such celebrations were fixed for the convenience of family members returning home, like homing pigeons, for year-end bonding. Now only death anniversaries are substitutes for the Christmas/New Year bonding. So, this perennial event still has a Christmas / New Year redeeming feature.

Christmas and New Year attracted Mangalorian diaspora settled abroad or working there to make a beeline to Mangalore, their home city, and DK/Udupi districts for the Christmas season marked by unending celebrations and hangovers. But, at the end of it all one eagerly looks forward to next Christmas and New Year.

And repeat the same cycle.
To conclude with the Angel’s message at Christmas:

Glory to God in the highest
And on Earth to men of good-will.

I wish all men, women and children all the best for Christmas and New Year.