Udupi, Dec 9: Former union minister and Rajya Sabha member, Dr Subramanian Swamy, sought the adoption of Sanskrit as India's official language in the coming days. "This language paves way for mental development. We have to encourage learning of Sanskrit in schools. There is no alternative to Sanskrit language. Sanskrit is the mother of all the other languages," he said.

He was delivering a special lecture of 'proud to be part of the ancient and thriving Hindu civilization' here on Wednesday December 8. 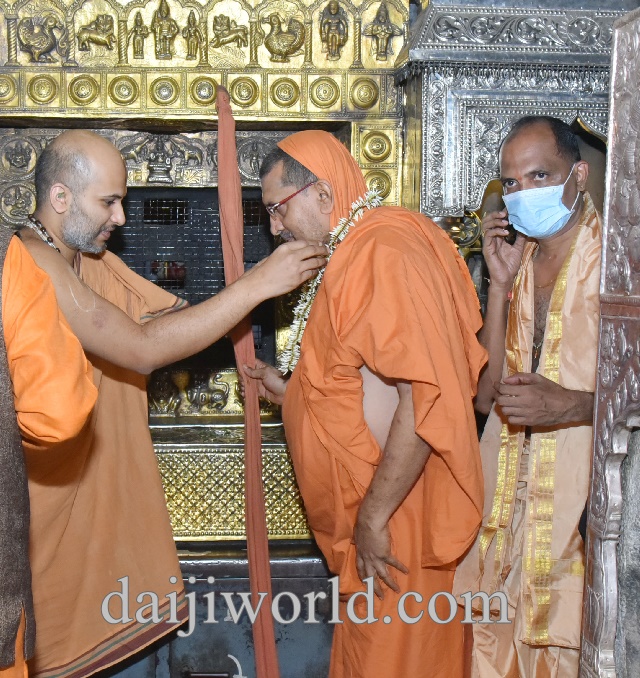 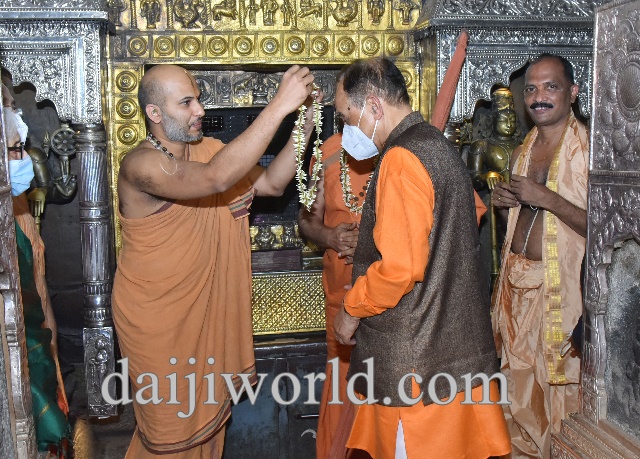 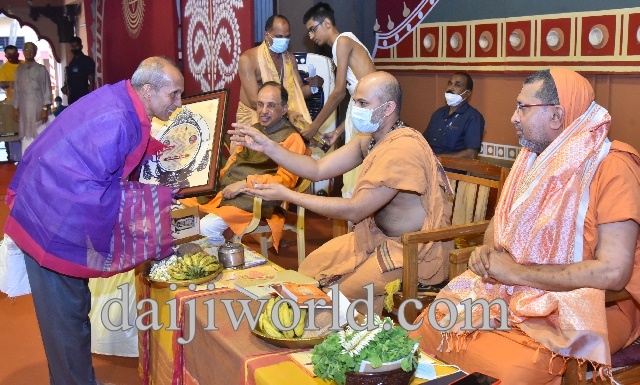 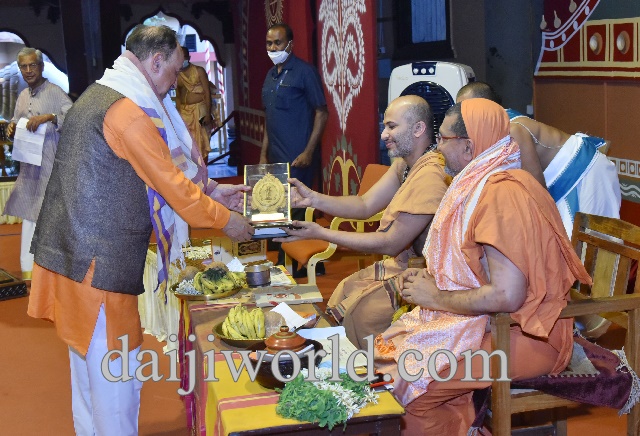 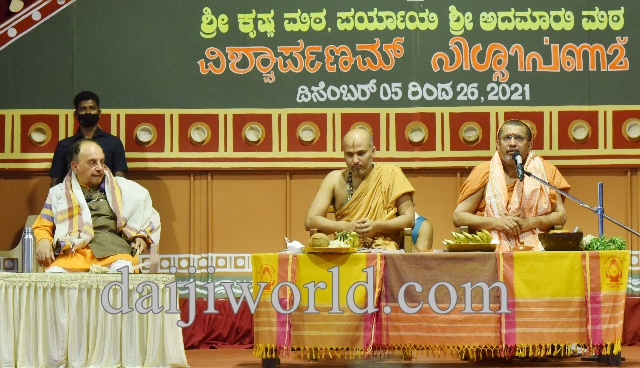 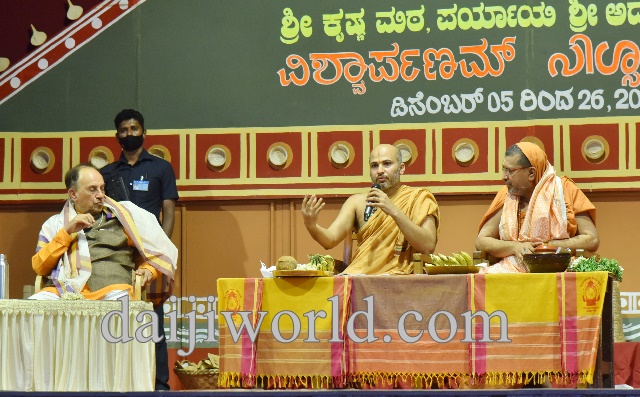 The programme was organized at Sri Narahari Theertha dais at Rajangan of Srikrishna Math as part of the 'Vishwarpanam' programme organized to signify the end of the Paryaya period of Admaru Math.

He pointed out that in spite of repeated invasions, no Indian migrated to other countries. At the same time, migrants from other countries have been extended open welcome in India. He stressed that the task of uniting Hindus should be taken up and the mindset that all of us are Indians should get deep-rooted.

Dr Swamy mentioned that even though Hindi is the official language of India, and even though Nepali and Marathi languages too use Devanagari script, these languages were originated from Sanskrit, he noted. He said that Sanskrit is used to store information about artificial intelligence journal of NASA in computers. He also cited that all the literature relating to Yoga is in Sanskrit."In elite schools in London Sanskrit is taught for the children aged between six and twelve in order to help their mental development.

Veda, Upanishad and Aranyaka are considered as Smriti, which were authored by the God himself. No one can change the declarations made by the God. But our traditions and systems have been written down in the Indian constitution. This can be modified from time to time. Therefore it is being considered as the actual Smriti. Based on this, several conduct rules have been drawn up, Swamy added.

"Women may be physically weaker as compared to men, but they are in the forefront in all the fields because of getting educated. In Indian culture, women have been given equality. But in a few pockets they are getting exploited. Their rights are being repressed. These things do not belong to Hindu religion. Treating women equally is the need of the day. We have to come together and help them to become the consciousness of Hinduism," he stressed.

"Nowhere else can one witness so many religious varieties as in India. There is a need to spread Indian culture everywhere. In India, the system of deciding caste based on birth is followed. In fact, profession formed the basis of distinguishing between people as per the statement of Lord Krishna. We have to nurse the feeling that all of us are one," he said.

Sri Ishapraiya Theertha Swamiji who presided over the programme, said that Hindus believe in rebirth and as such they get an opportunity to reverse the wrongs they would have committed in the previous births. But in other religions, this is not possible. 'Therefore, Hinduism is the most sublime of the religions. Some people propagate that changing religions can lead people to salvation but salvation can actually be obtained if we tread the path of meditation and Sadhana. He pointed out that even Ravana was being worshiped but because of bad deeds he was destroyed. He asked the people to respect good people with knowledge and education rather than holding rich people in high esteem.

Sri Sachidananda Bharathi Theertha Swamiji, head of Edneer Math, said he felt a sense of fulfilment as the Paryaya Swamiji invited him to be a part of the programme.

On this occasion, S A Prabhakar Sharma Mangaluru, who retired as additional deputy commissioner, was honoured in recognition of his social service initiatives.