'Everyone felt Covid's impact in the country', Congress slams govt

New Delhi, Dec 2 (IANS): Congress MP Gaurav Gogoi said in the Lok Sabha on Thursday that every citizen of the country had to bear the impact of Covid-19 in one way or the other.

Participating in a debate on the Covid-19 pandemic and the various aspects related to it, Gogoi asked the government whether it has any data of the grievance calls received on the helpline numbers and how those were addressed.

Gogoi further said that the government has been sending a wrong message by implying that India has defeated Coronavirus, which in turn gives a wrong message to citizens that they can lower their guard. 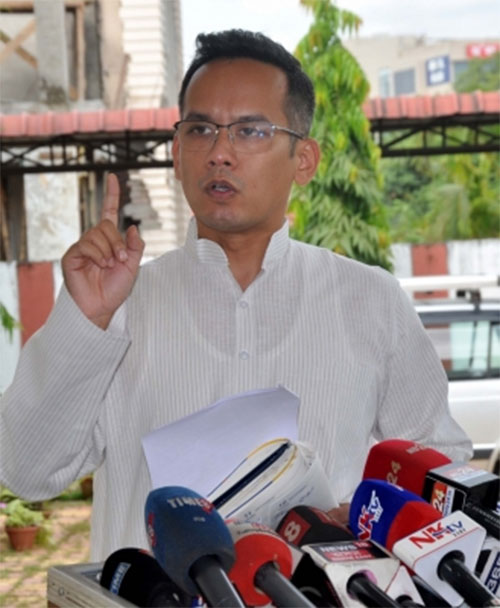 Criticising the Centre for exporting Covid vaccines as well as for the shortage of medical oxygen and ventilators during the second wave of the pandemic, the Congress MP hit out at the government for the hike in prices of LPG cylinder and petroleum products amid the ongoing pandemic.

He also said that the government should have increased the tax on corporate houses instead of the poor, at a time when many people have lost the earning members of their families.

He also expressed gratitude to the frontline warriors, especially the ASHA workers, who continue to work for the vaccination drive despite 'non-payment' of their salaries for two months.

Gogoi made a reference to the alleged manhandling of ASHA workers at a rally of Uttar Pradesh Chief Minister Yogi Adityanath in Shahjahanpur recently.

DMK MP, D.N.V. Senthilkumar, said that the Centre's response to Covid-19 has been active, but not proactive, as he accused Prime Minister Narendra Modi of imposing a nationwide lockdown with just four-hour notice.

"We saw migrant workers walking 100s of kilometres without any help from the government," he said.

Trinamool Congress MP, Kakoli Ghosh Dastidar, said that she salutes the researchers and doctors who devised vaccines for Covid-19 within 8-10 months.

She also questioned the government on the fewer number of second dose administered in the country so far.

"We advertised completion of 100 crore doses, but what about the second dose? Why can't we complete administering the second dose, which we were supposed to finish by December or January end," she asked.

Dastidar also advocated the need for a booster dose for the senior citizens.

"High-risk groups should be given booster dose immediately," she added.

Praising the Odisha government's response to the Covid-19 outbreak, BJD MP Achyutananda Samata listed out the Naveen Patnaik-led government's welfare initiatives for the poor amid the pandemic, while BSP MP Ram Shiromani Verma accused the Centre of not having any data of the deaths due to shortage of medical oxygen in the country during the second wave, demanding a high-level probe into the matter.

Samajwadi Party MP S.T. Hasan sought a report from the government on the correct data on Covid deaths.